Walks like an angel, but she’s a devil in disguise

Early in December I drove to the Angels Rest Trailhead, about 25 air-miles from home in the Columbia River Gorge. It felt like a great day to spend in the land of the Faerie. There was the promise of sunshine, great views, a glimpse of Fairy Falls, Angels Rest, autumn-colored leaves and the ultimate eerie destination of Devils Rest. And, if the leprechauns were willing, I might see some exotic critters.

The Trail slowly ascended through a forest, climbed across a large talus slope and met a series of falls on Coopey Creek in one-half mile. Following the Creek up a steep valley, I eventually crossed a well-maintained footbridge where larkspur and corydalis bloom in the late spring. Soon the Trail began climbing in earnest, finally crossing another large rockslide before reaching the short trail leading to an overlook at the end of the Angels Rest plateau (an ancient lava flow of Columbia River basalt.) The tall buildings in Downtown Portland could easily be seen through the hazy sky over the Willamette Valley.

After enjoying the views while braving a cold, easterly wind, I continued on the main Trail for another one-half mile, turning east on the trail to Wahkeena Falls. For the next 2 1/2 miles the trail slowly lost elevation while contouring along the forest-covered cliffs of the Gorge. After passing a nice campsite at Wahkeena Springs, I took a pleasant loop in the cliffs above Fairy Falls soon passing Vista Point. About 1,000 feet of elevation gain later, I was at Devils Rest, the highest point in the far Western Gorge but with no views.  Less than one-quarter mile from reaching Devils Rest, I had walked out to the edge of the cliffs where there were spectacular views up and down the Gorge.  From Devils Rest it was an easy descent to Angel’s Rest and the return to the Trailhead. All in all the hike was 12.5 miles in length with 3,600 feet of elevation gain. A fun trek on a beautiful day. 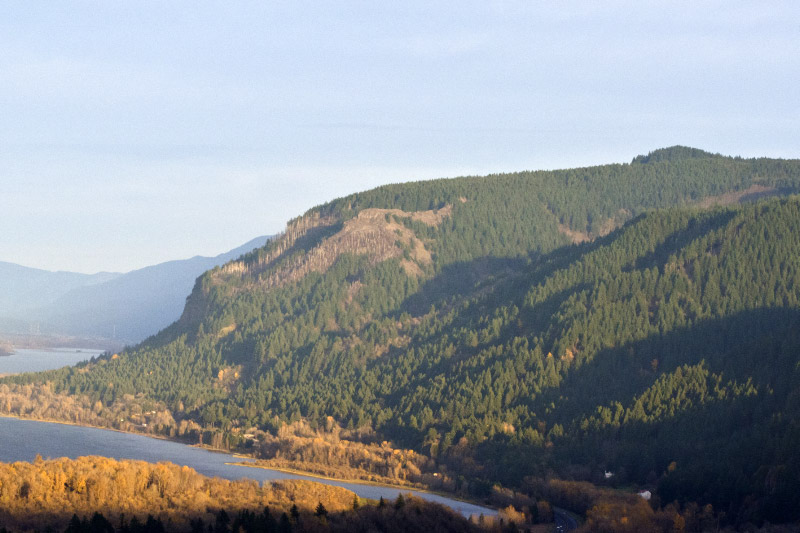 Looking down the Columbia River to Downtown Portland from Angels Rest 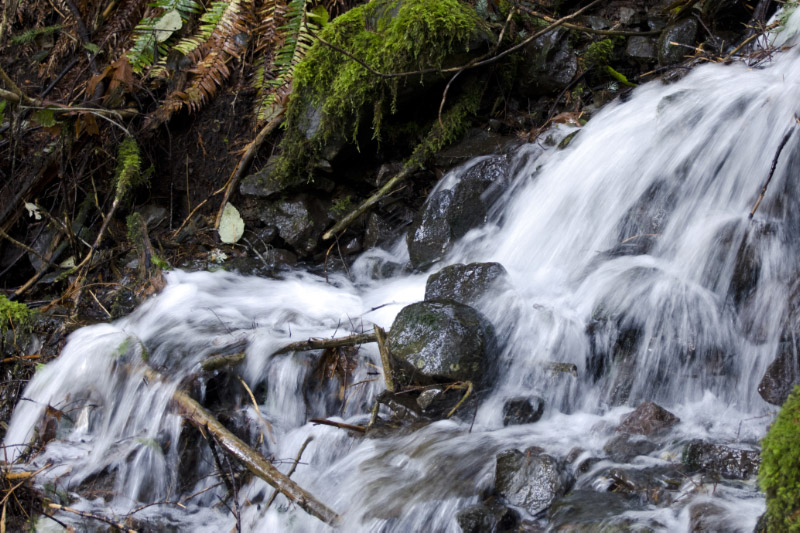 Cascades on a tributary to Multnomah Creek

Hiker on top of Angels Rest

Fascinating patterns in the bark of Red Alder trees 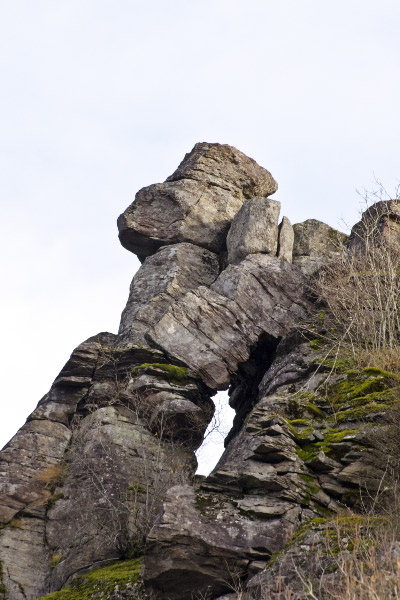 Face on front of Angels Rest