Colorful wildflowers and many songbirds – – – it must be getting close to springtime.

There was a city at Champoeg (cham-poo-e’) at one time, but several floods in the late 1800s destroyed most of the buildings. Being smart settlers, they moved to higher ground.

As I parked at the rest area during early March, concrete skies and off-and-on drizzle welcomed my arrival.

I began by taking a short loop to the west along the River. After returning to an historical pavilion, I hiked easterly on a cinder path, which soon turned to a paved lane along the River.

After a detour to an 1845 pioneer woman’s gravesite, I explored a nature hike loop.

Then began the two-mile trek behind La Butte to Butteville, a scenic little town on the Willamette River. After taking a break at the Butteville Store, originally opened in 1863, I began the return to the Trailhead.

All in all the hike was was a very pleasant 8 1/2 miles in length.

Toothworts hosting a visit by a fly

Wetland along the trail

Very large Cottonwoods along the trail

Fox Squirrel on the run 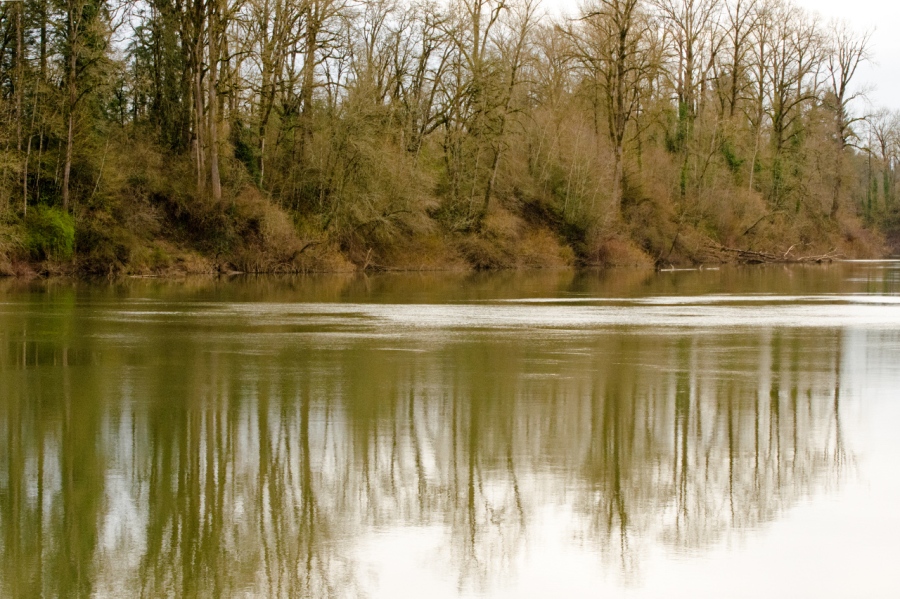 Cottonwoods reflected in the Willamette River