A tough, cold and wet hike in the Table Rock Wilderness

In mid June I drove to the Table Rock Trailhead about 42 crow-flying miles south-southeast of home. The Trail follows an old road for 1.3 miles before entering the Table Rock Wilderness. Similar to other wilderness areas around Portland, it encompasses a relatively small, pocket area. In the case of Table Rock, it covers nine square miles in the Molalla River drainage.

After entering the old growth forest, mainly mountain hemlocks and Douglas firs, the trail gained elevation until reaching a large rockslide below the basalt columns of the north face of Table Rock. Multiple pikas (rock rabbits) kept me company along the way with their distinctive “meeps”.

The Trail crossed the rockslide and gently ascended to a saddle, passing many rhododendrons and plentiful amounts of beargrass along the way. At the saddle I began the hike toward Rooster Rock, 1 1/2 miles to the south. The rough trail followed the top of a ridge with many ups and downs, before sharply dropping to a boggy meadow. After crossing the meadow the Trail began a very steep climb to an open ridge below a rocky knoll. Climbing the knoll provided a front row view of Rooster Rock and the remainder of the wilderness area.

After returning to the saddle, the 4,900-foot summit of Table Rock was reached in less than one-half mile. The panoramic views from the summit would have been magnificent with nine snow-covered volcanoes visible, but I got caught in a squall with heavy rain, some wet snow and sleet blowing sideways. Quickly I took shelter under a copse of Noble firs.

Once the spring storm began to abate, I began the return to the trailhead. Thanks to good hiking apparel (fleece, Marmot Precip raincoat and wide-brim hat), I never got cold even though the temperature remained in the 40’s.

A tough and interesting hike, 11 miles in length with 3,100 feet of elevation gain. 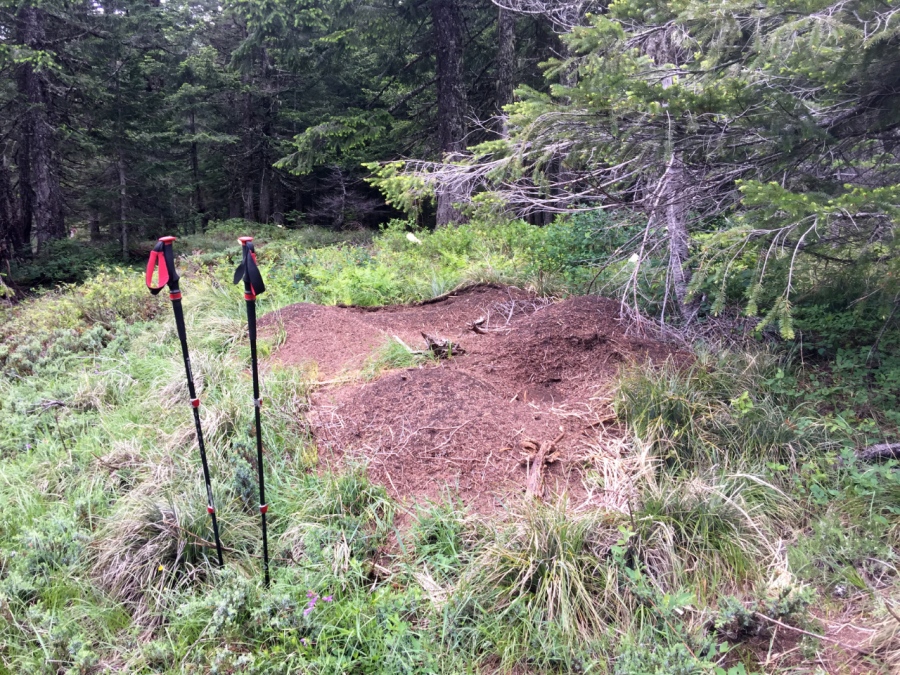 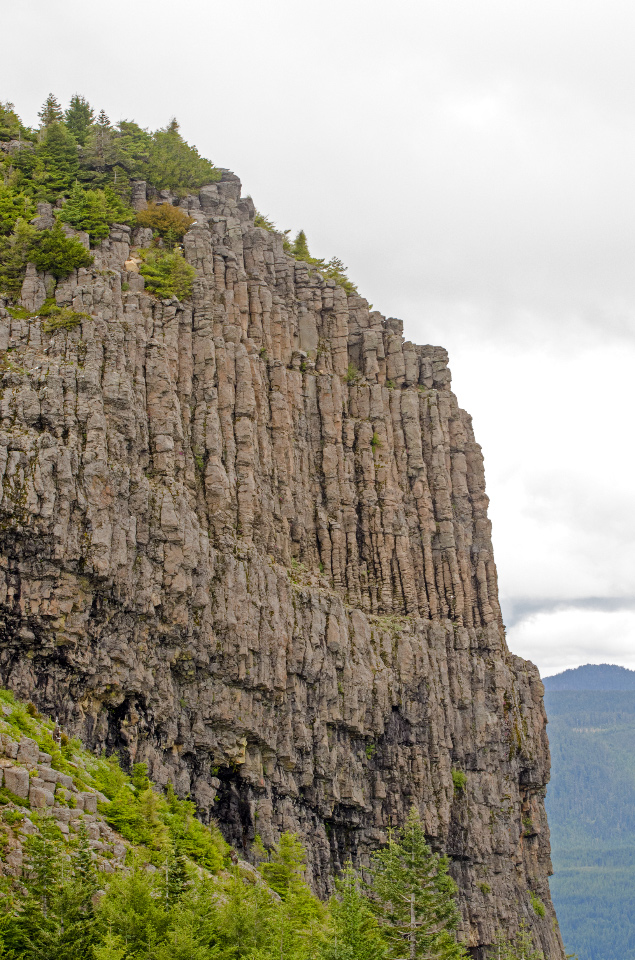 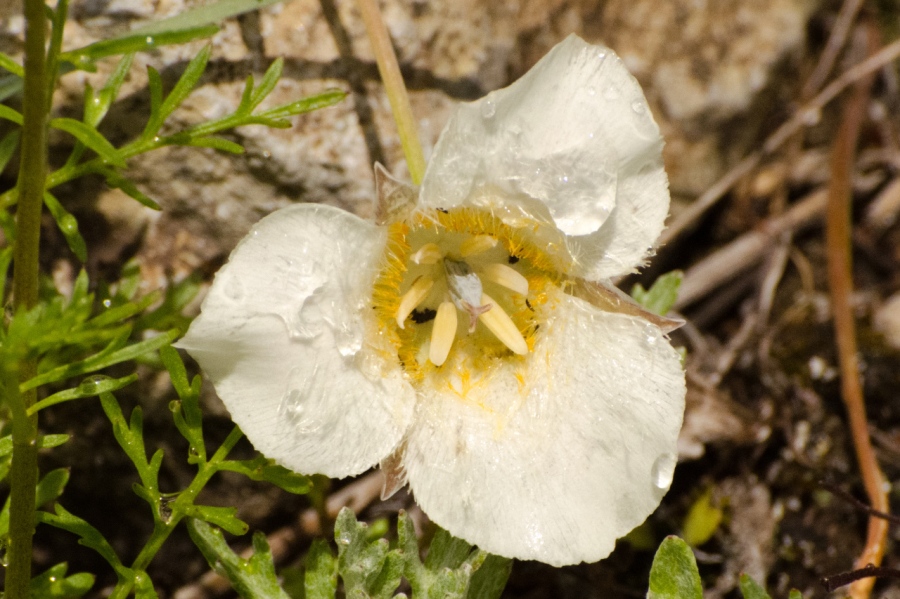 Columnar Basalt along the trail