A Beautiful, but Tough 4,000-foot Climb to the Benson Plateau

It would be a record high temperature day in Portland of 98 degrees. Not thinking very clearly, I decided to choose that day to do a tough conditioning hike in the Columbia River Gorge.

The Benson Plateau lies roughly 4,000 feet above the small town of Cascade Locks, bounded to the west by the deep Eagle Creek slot canyon and to the east by the Herman Creek gorge.

The area on the Plateau is unique in that it represents some of the original Cascades’ summit surface.

I took the easiest, though unfortunately not the shortest, way to reach the Plateau – – – the well-graded Pacific Crest Trail.

After a series of lengthy, sweeping switchbacks, I stopped at a dramatic vista of the Columbia River Gorge at 3,000 feet. After several more switchbacks I was finally on the Benson Plateau.

For the next two miles the PCT stayed on the eastern edge of the Plateau. I stopped at noontime for a snack near the intersection with the upper end of the Ruckel Creek Trail. Close by there were some nice views over the Herman Creek Drainage.

Then, it was a hot and tiring eight miles back to the trailhead with more than 4,000-feet of elevation loss.

Next time I do Benson Plateau I will pick a cooler day. 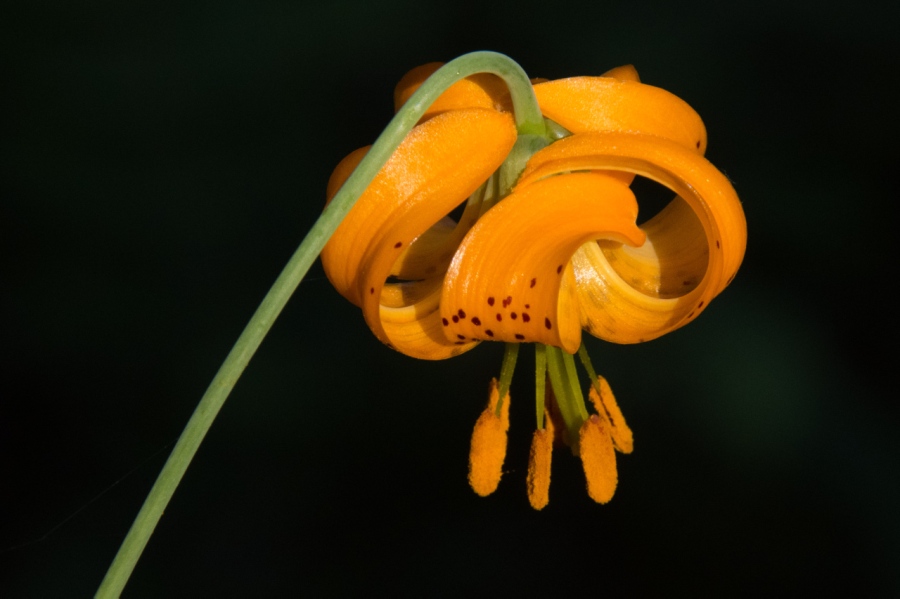 Is there any wildflower as pretty as a Tiger Lily? 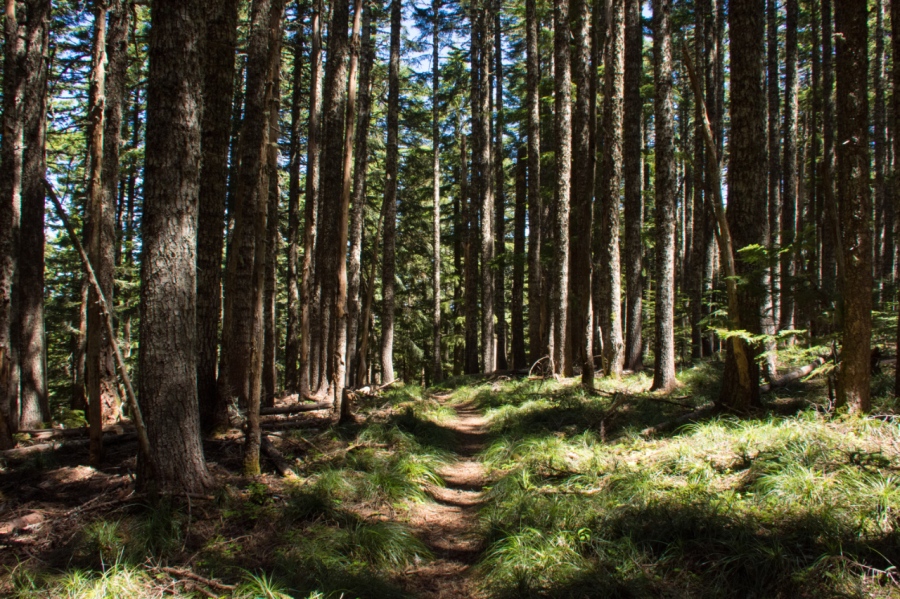 Beargrass and Mountain Hemlocks lining the PCT on the Benson Plateau 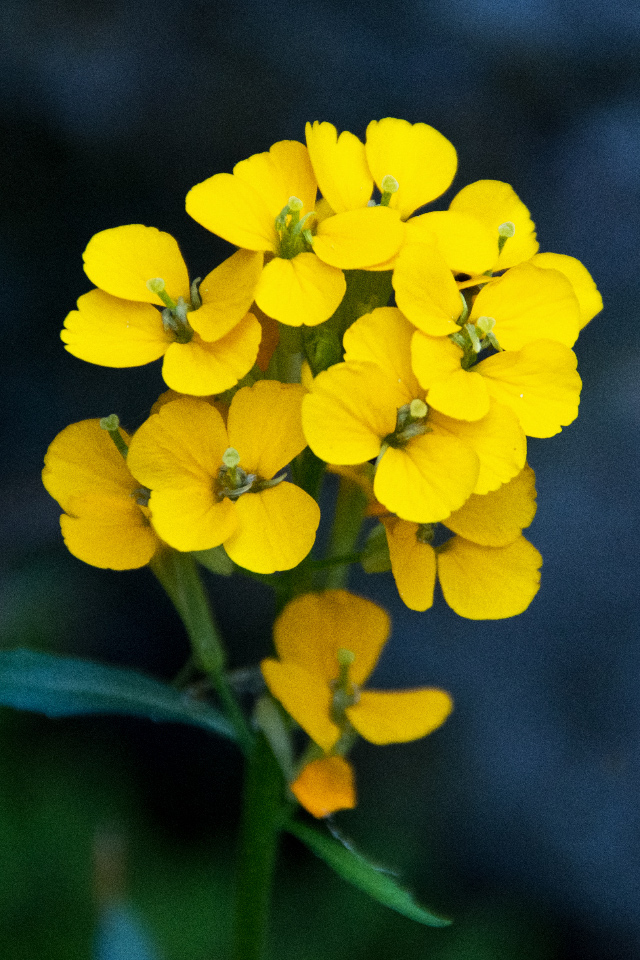 Mt. Adams in the distance 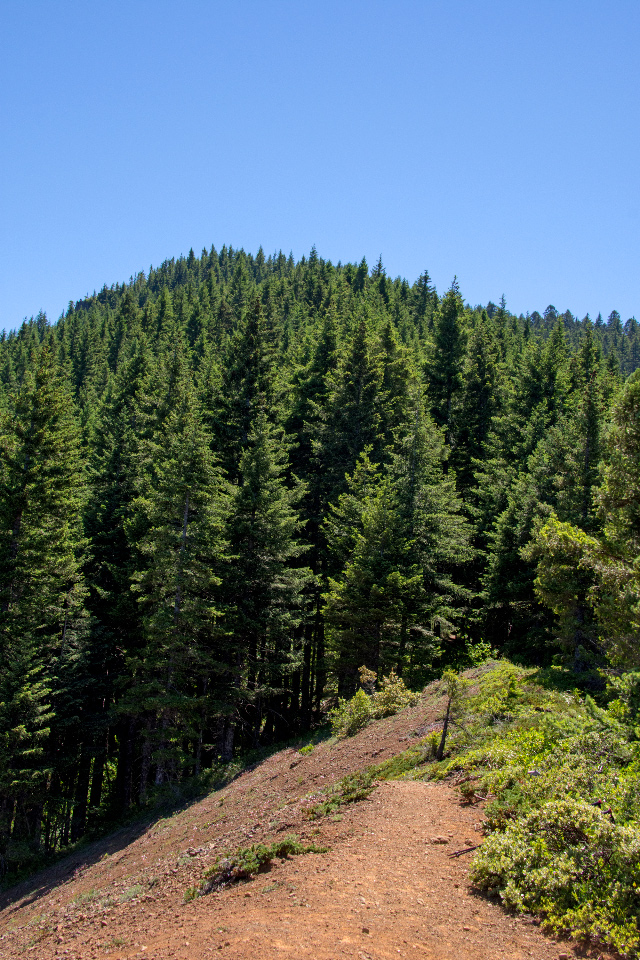 Top of Benson Plateau in distance, only 1,000 feet of elevation to go