Beautiful fall weather at the higher elevations. What could be a better recipe for a hike into Carl Lake in the Mt. Jefferson Wilderness?

The hike began in an area that was caught in a forest fire in 2003. The dense snowbrush, manzinita and lodgepole pine had already grown above my head since the fire.

After leaving the wildfire area, the trail reached Cabot Lake. It’s truly a wilderness gem.  Over the next couple of miles the trail passed three tarns (small lakes), one with a nice view of Mt. Jefferson.

After five miles I reached Carl Lake, an alpine gem. I explored the glacier-polished rim of Carl Lake. Then I began the ascent over the headwall to the north.

Stopping near Junction Lake, I marveled at the autumn foliage. It was bitter sweet. I realized in a week or two the alpine area would be covered in the heavy snows of winter. 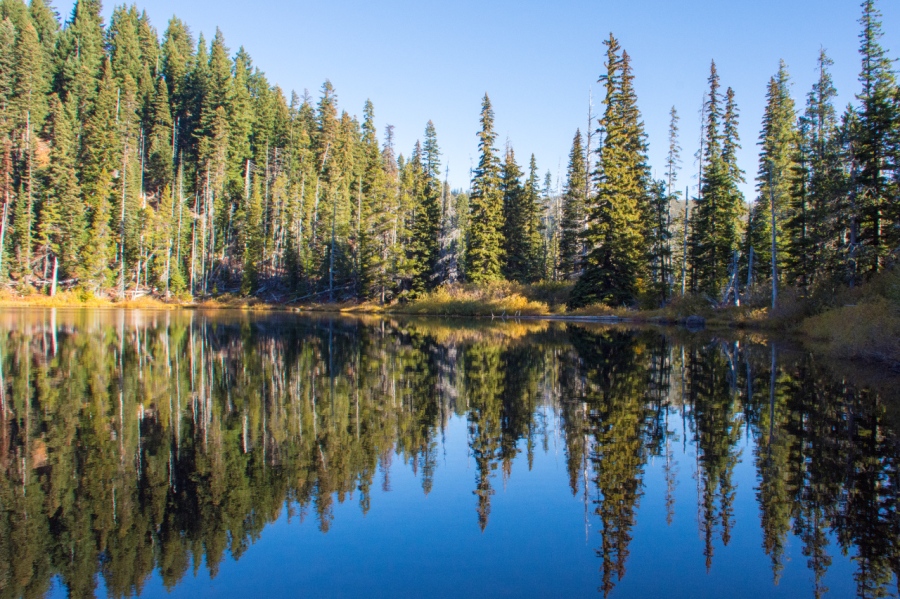 Huckleberry leaves with their autumn colors 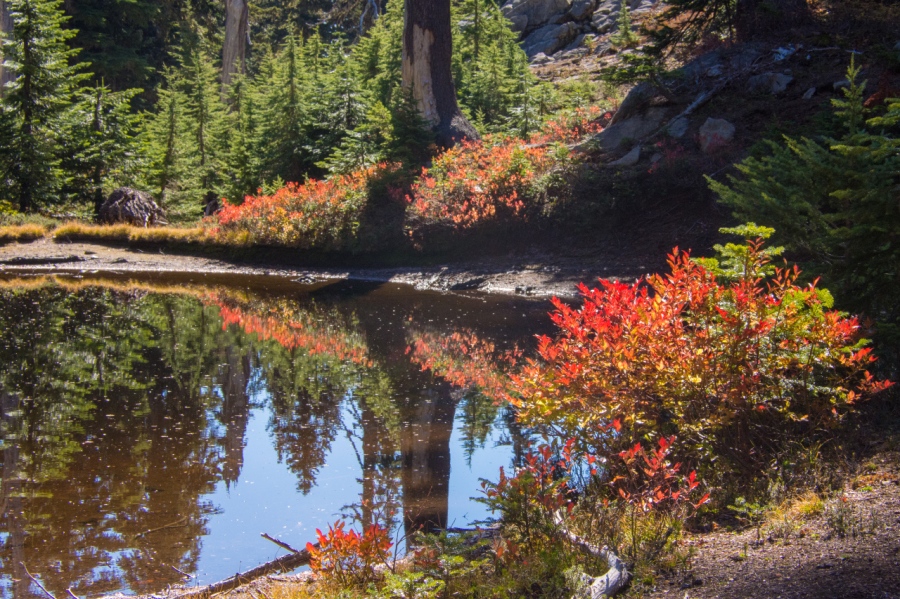 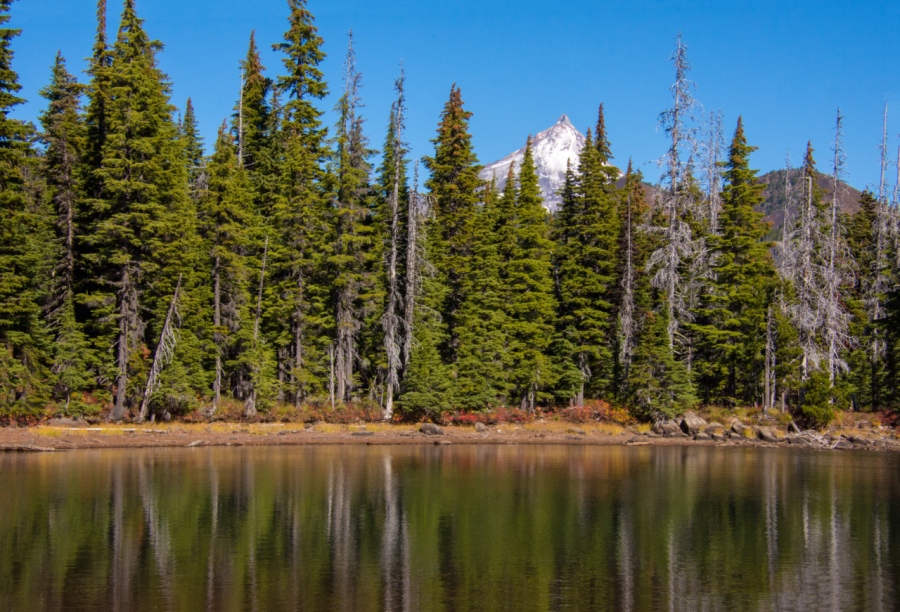 Mt. Jefferson peaking over a tarn along the trail 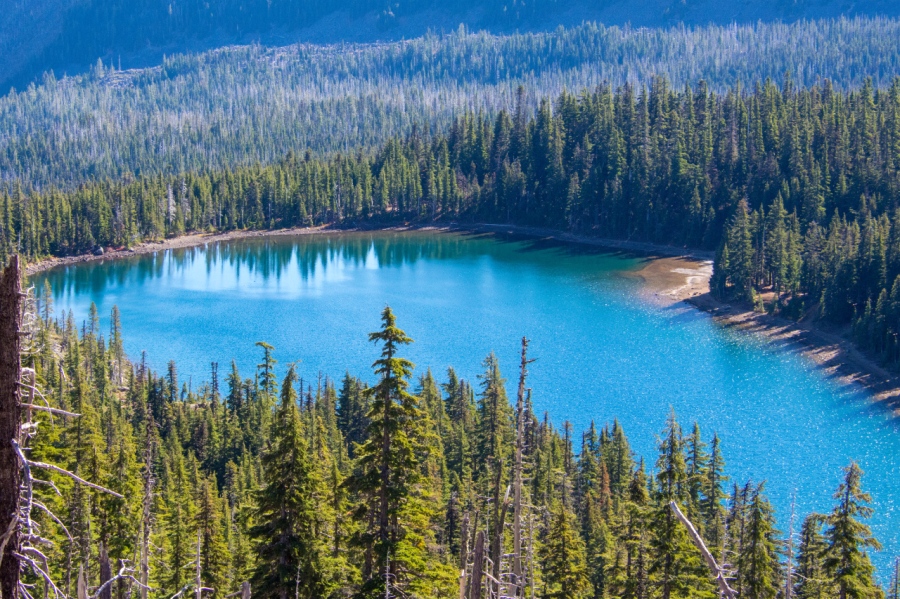 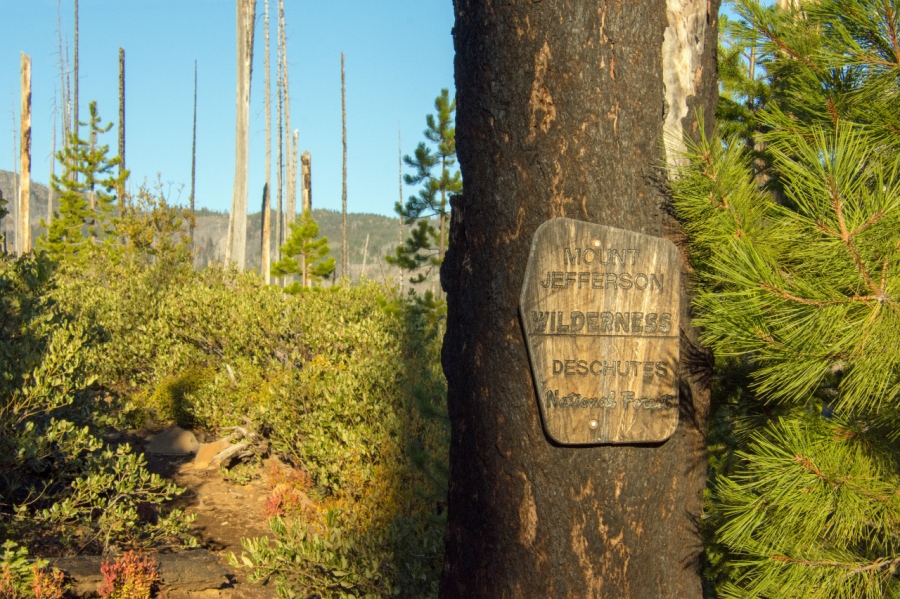 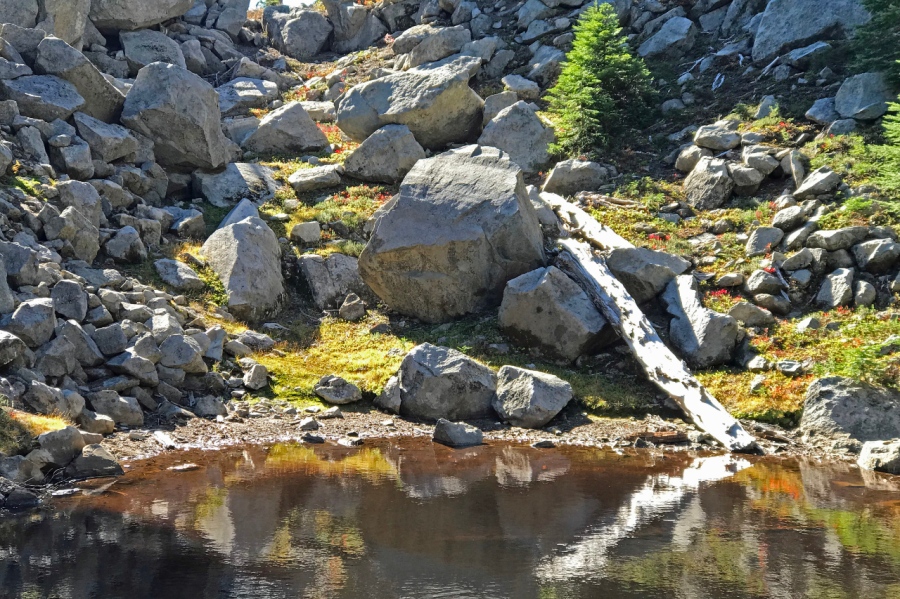 Small tarn along the trail 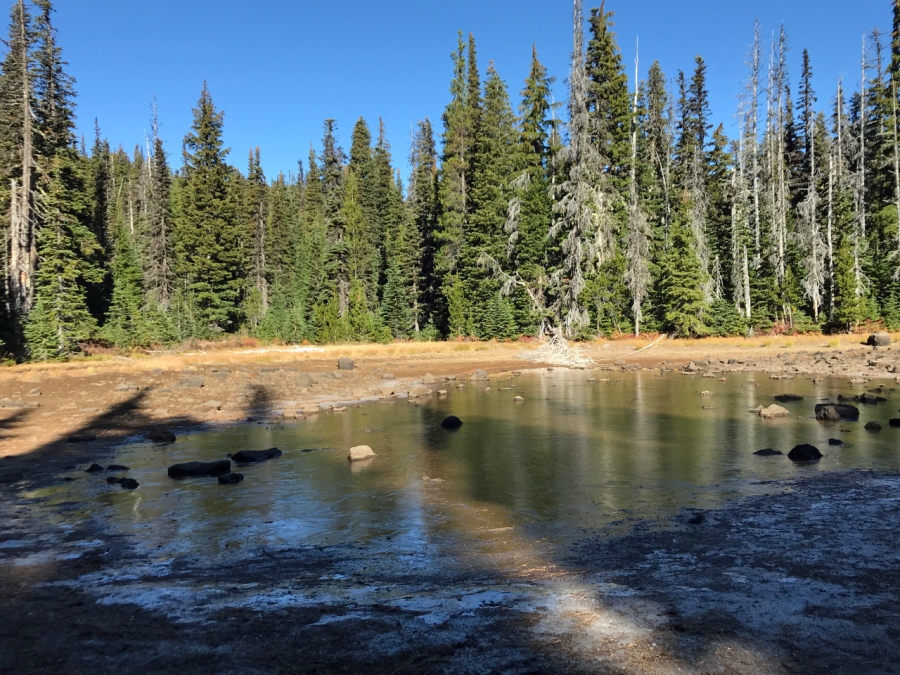 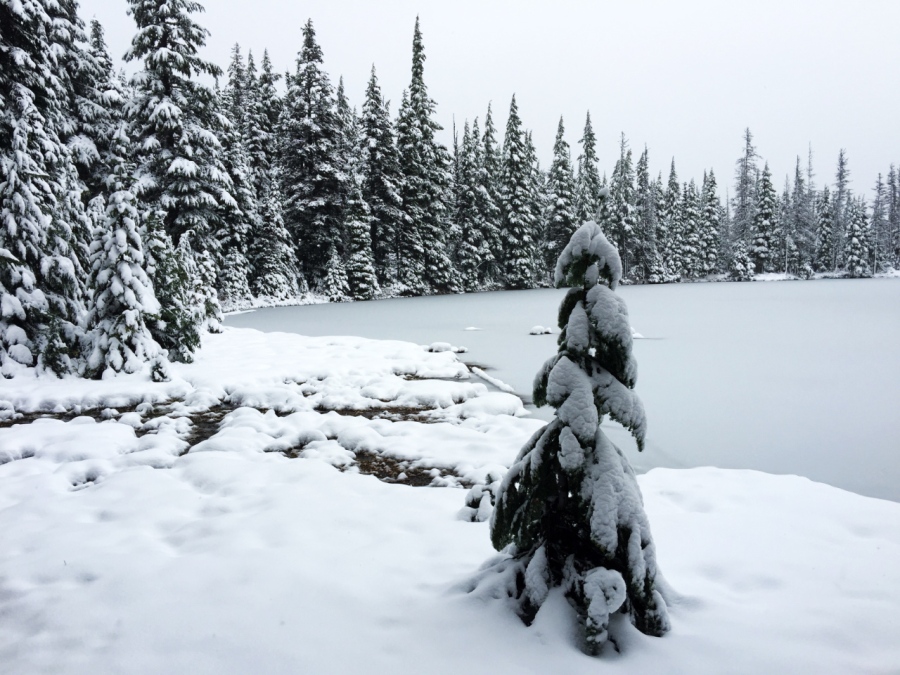