Bull of the Woods Lookout

On a hot and sunny day in late August I drove to the Pansy Lake Trailhead on the north side of the Bull of the Woods Wilderness. This is a little-used area but very scenic.

Pansy Lake was my first destination and did not disappoint. As I enjoyed the beauty of the setting, a bald eagle flew low nearby. I’m guessing it was trying to scare one of the ducks on the Lake into flying.

After leaving the Lake, I continued to ascend until reaching the ridge top where the forest became mainly mountain hemlocks and sub-alpine firs. The huckleberry bushes were loaded with tasty berries.

In a couple of miles I turned north, reaching the Bull of the Woods Lookout after a steep ascent. The Lookout remains but is no longer manned. The views were extraordinary, extending from Mt. Hood in the north, to Big Slide Mountain in the east, to Ollalie Butte and Mt. Jefferson to the southeast, and to the Three Sisters and Three-fingered Jack to the south.

After spending some time enjoying a snack and talking to a family backpacking through the area (the only other people seen on the hike), I began the loop back to the Trailhead. After descending about one mile to the north, I took a rough trail back down to the Pansy Basin.

It had been a long time since the blowdowns had been cleared from the trail. I spent a seemingly endless amount of time crawling over, under and around trail obstructions. About half way down I took a break at small and brushy Dickey Lake.

After reaching the main trail to Pansy Lake again, it was an easy but hot one mile hike to the car. By the time I returned to the Trailhead it was 87 degrees in the shade. Too hot to be hiking! 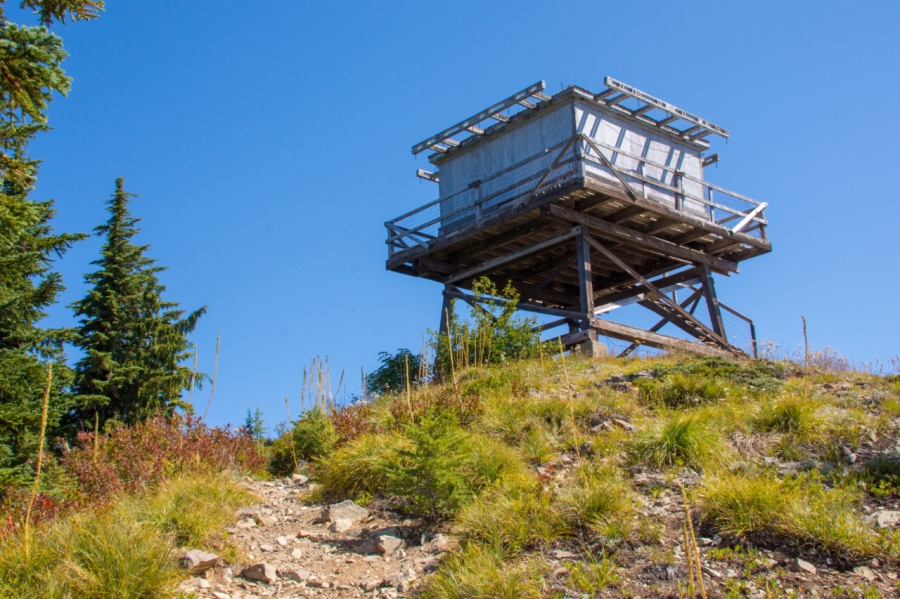 The final approach to the lookout 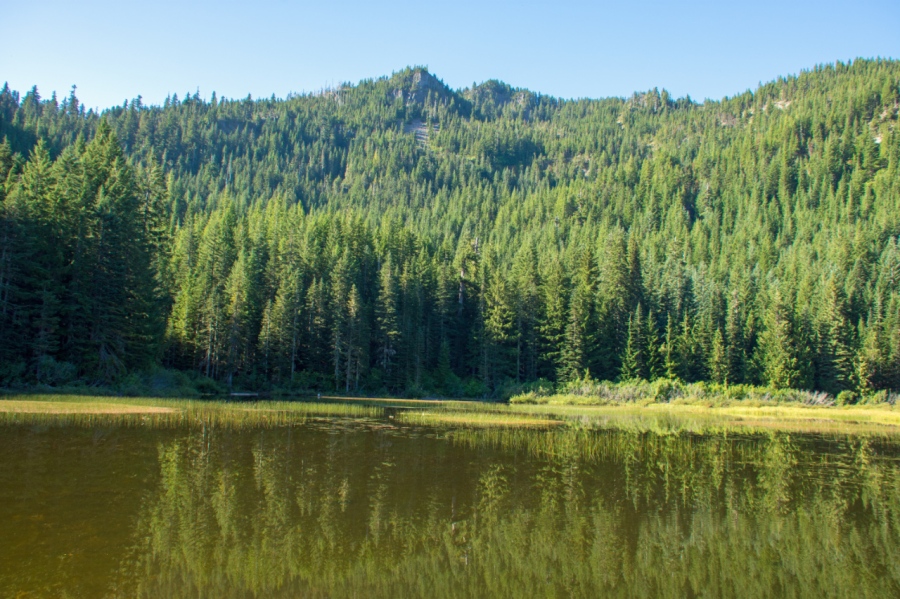 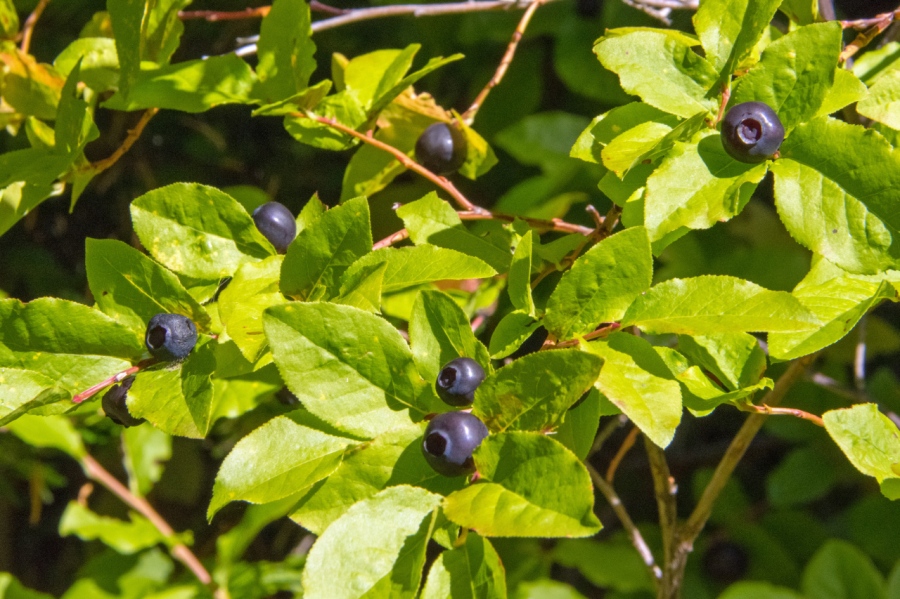 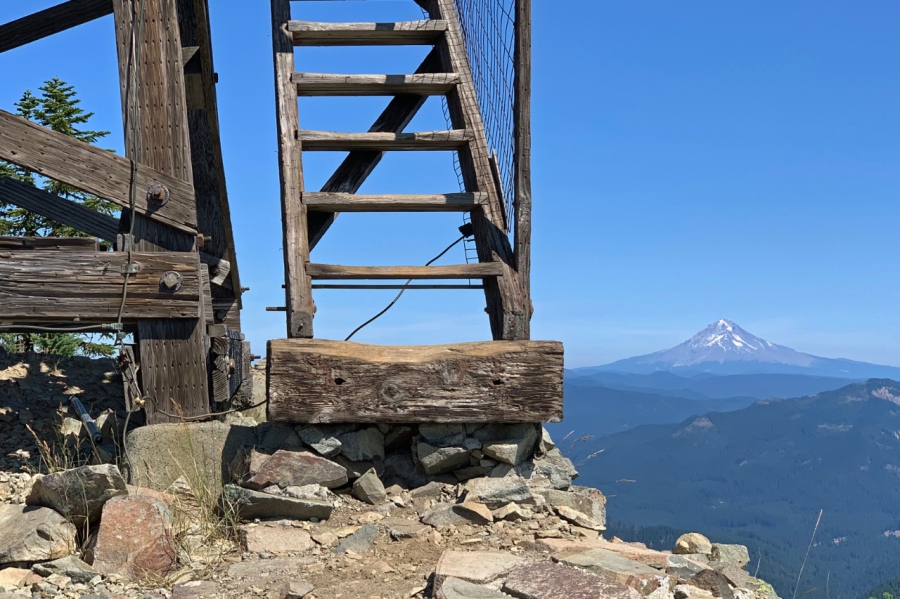 Mt. Hood from the Lookout 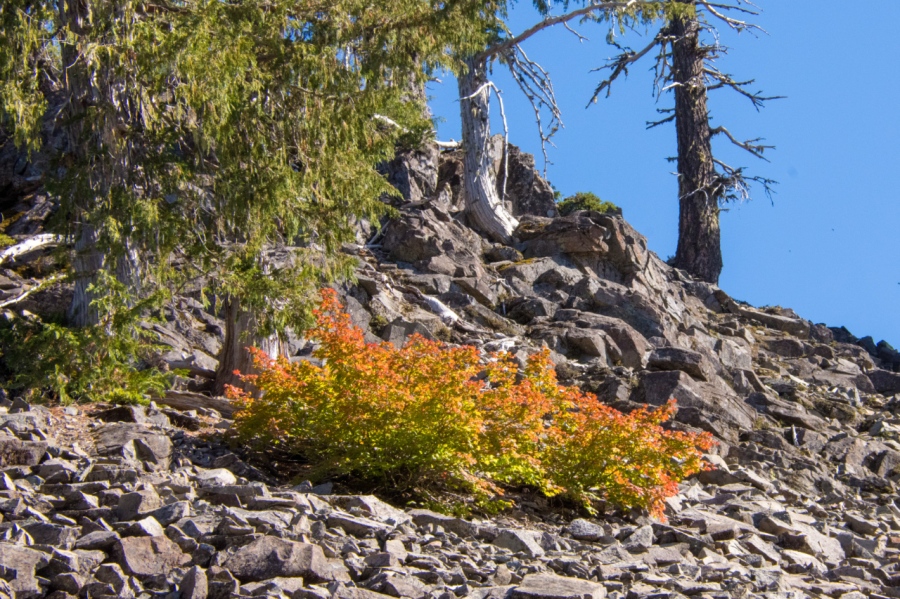 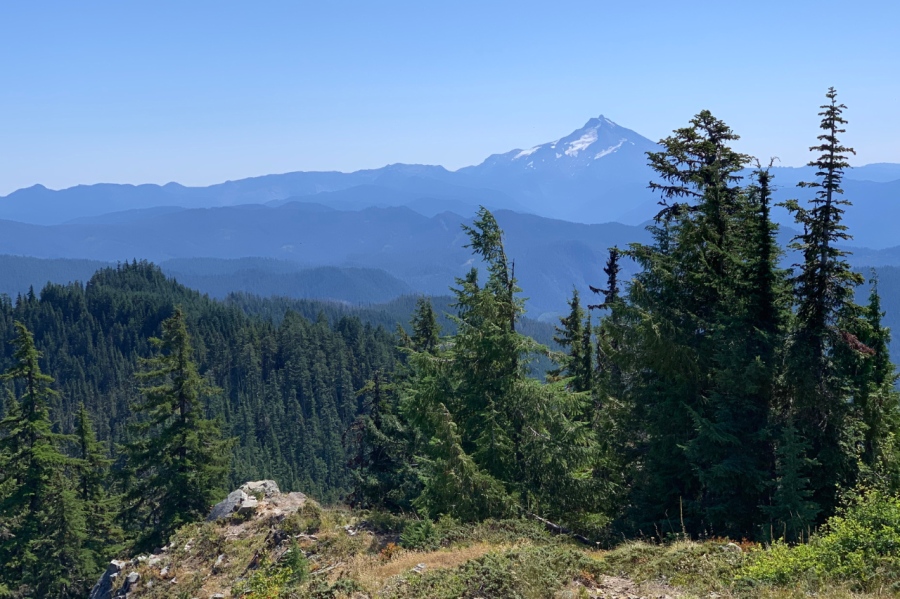 Mt. Jefferson from the Lookout site 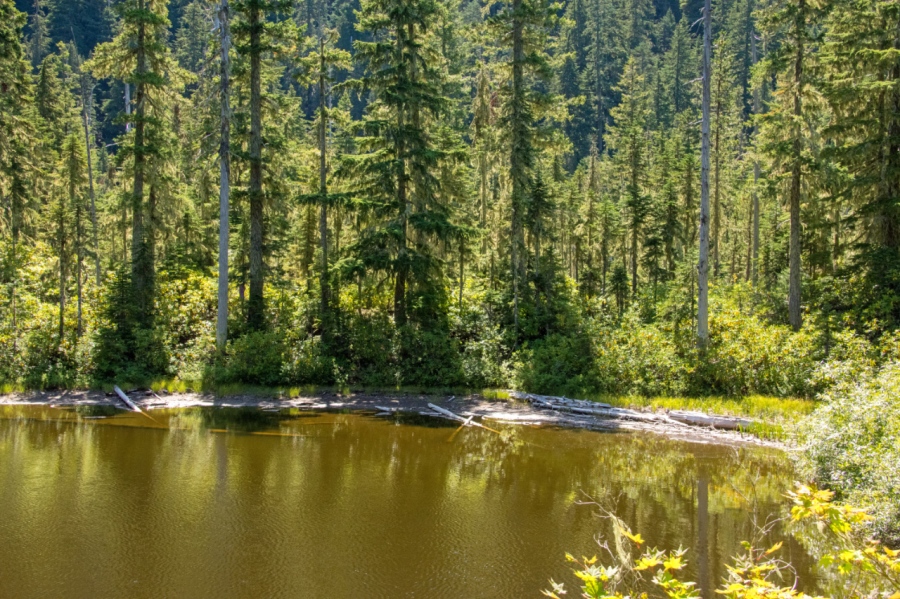 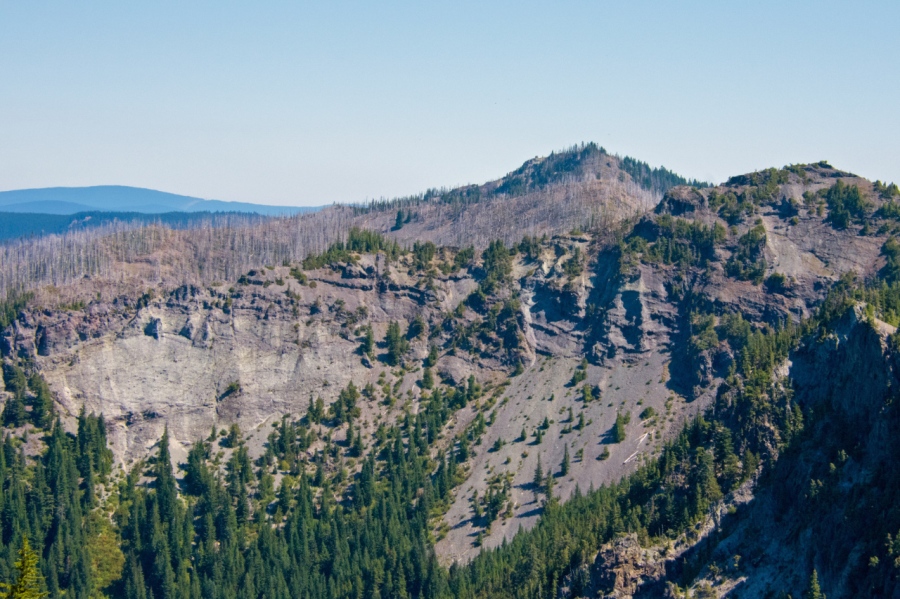 Lots of recent wildfire damage on the ridge tops 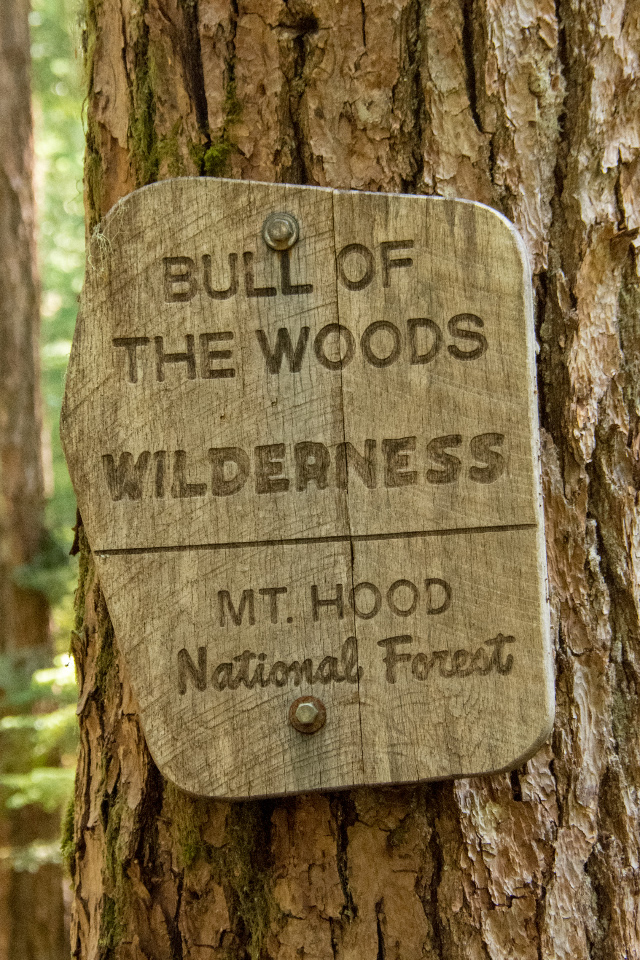 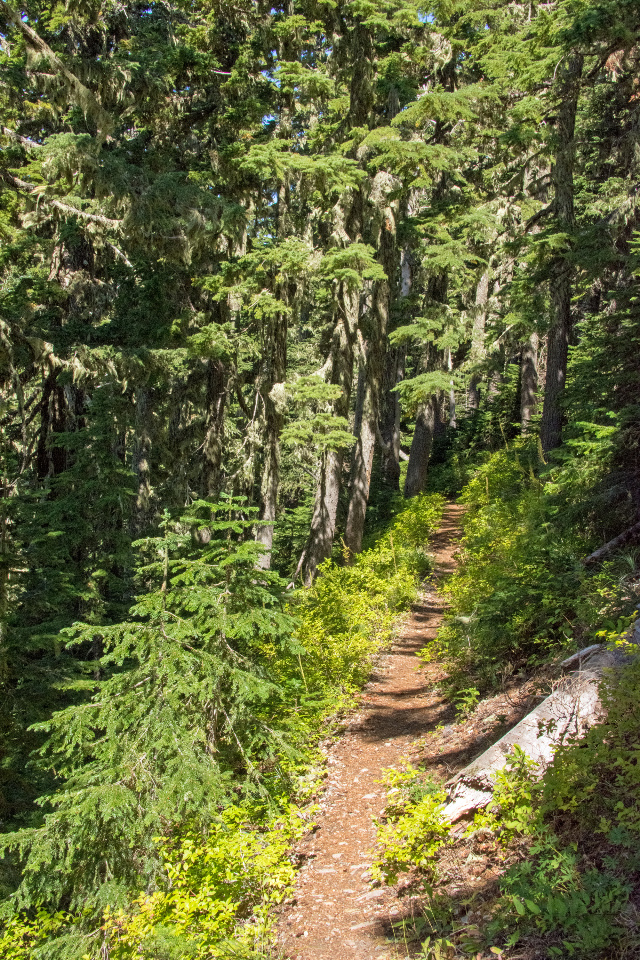 Pleasant stretch of trail below the Lookout