The first weekend of spring at the Carty Unit of the Ridgefield NWR.

After crossing over an arched foot bridge above a set of railroad tracks, I walked north to a cedar plankhouse. It was built in 2005 as a representative of the 14 plankhouses observed by Lewis & Clark in a nearby Indian village.

This was the beginning of the Oaks to Wetlands Trail, a well-marked path passing several lakes.

Eventually the Trail emerged on a butte overlooking much of the area.

As I walked back to the trailhead, the thickets appeared to be alive with small birds, even a rabbit and a garter snake or two.

Golden-crowned Sparrow (They will be heading north soon) 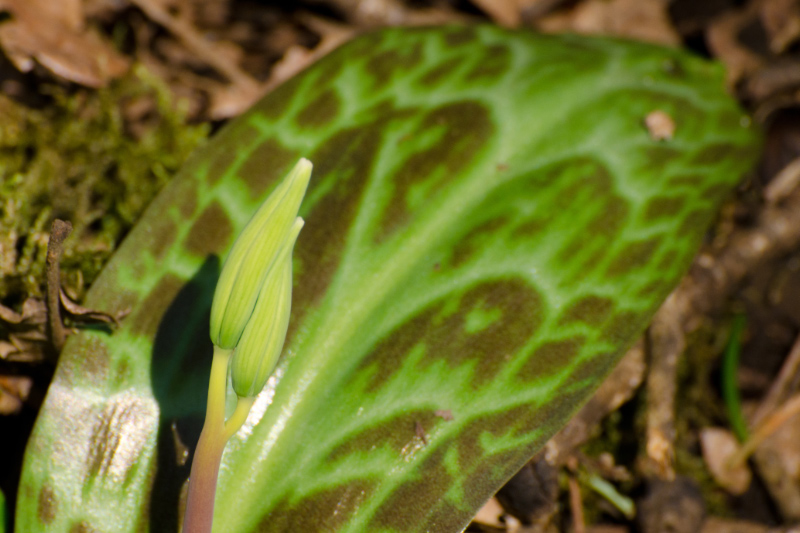 Trout Lily about to bloom (notice its distinctive leaf) 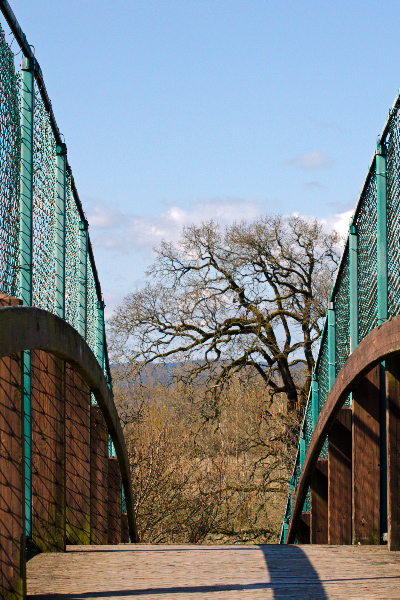 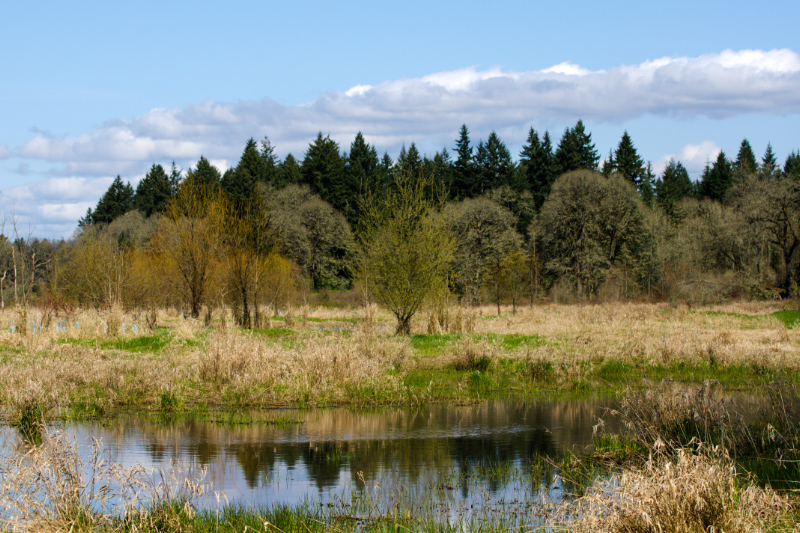 One of several lakes in the Carty Unit