On the last weekend of summer I drove to Triangle Pass and then to the Grassy Knoll Trailhead, about seven miles north of the Columbia River Gorge. It was cool and sunny – – – about as nice a day that could be found above 3,000 feet in late summer.

The first 1 1/2 miles climbed rather steeply through a forest with a few examples of large, old-growth Douglas firs. The Trail then reached the rim of a cliff with views across the Big Lava Bed (20 square miles of relatively level basalt rock covered with trees.)

Mt. Adams, crowned with fresh snow but playing hide-and-seek with its own clouds, and the jagged old volcanic peaks of the Indian Heaven Wilderness dominated the horizon. From there it was a short climb to the top of 3,648-foot Grassy Knoll, an open, tundra-like ridge crest with views extending across a hazy Columbia River Gorge to Mt. Hood and beyond.

After a short rest I continued hiking up and down the ridge for another three miles to the Pacific Crest Trail, mostly through forest. Within a few feet of reaching the PCT, the steep one-quarter mile trail to the top of 4,202-foot Big Huckleberry Mountain was found. A few minutes later I was at the summit, enjoying 360° views.

The outing was a great example of a fine hike during mid-September; it was cool, no wind, leaves beginning to turn their autumn colors, lots of interesting sights to see and a good workout. 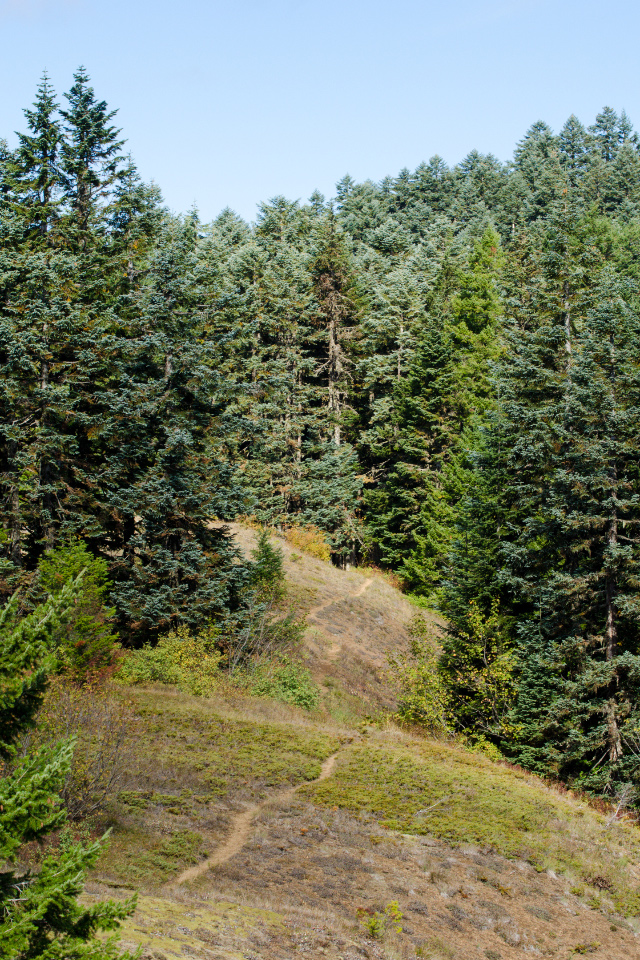 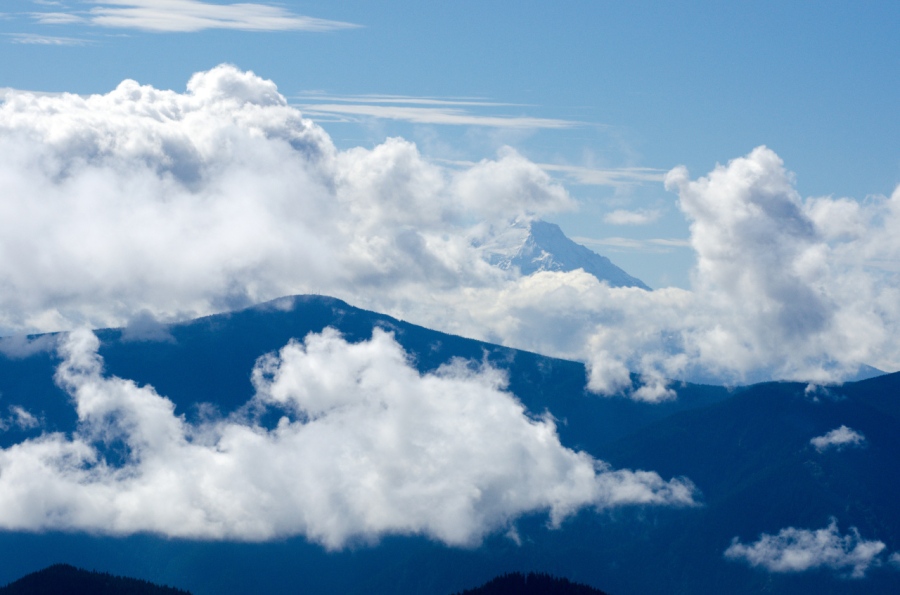 Mt. Hood peaking out of the clouds over the Columbia River Gorge 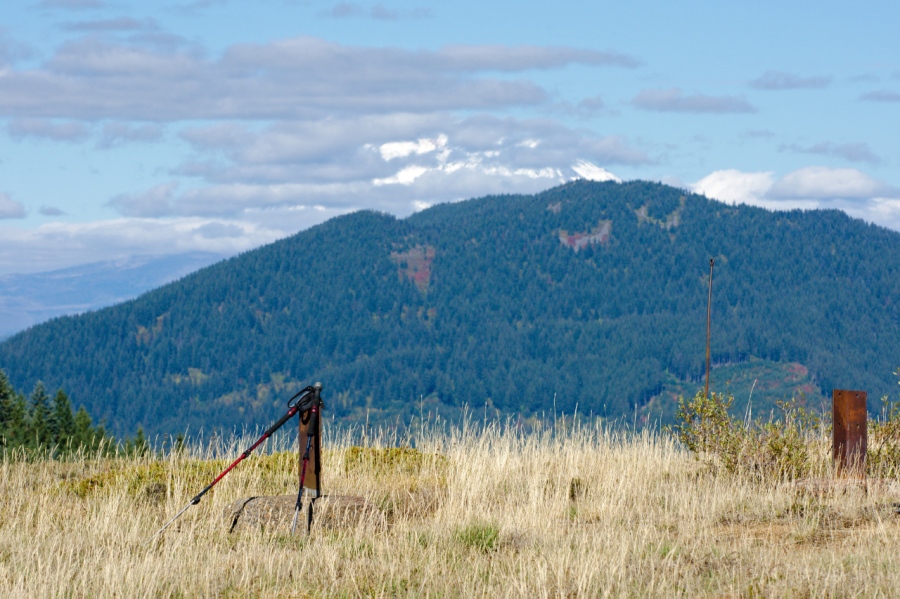 Mt. Adams trying to peak through the clouds behind the remains of the Grassy Knoll former lookout

Large meadows along the upper trail 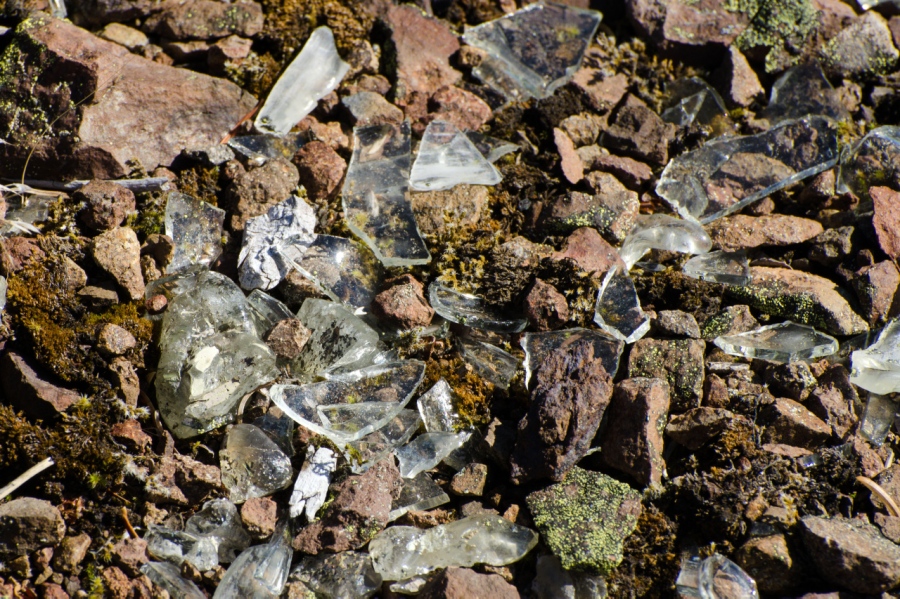 Looking down at a hazy Columbia River from Grassy Knoll