Coyotes are very adaptive animals with the ability to live just about anywhere.

I’ve spotted coyotes in my neighborhood. And, I’ve seen them deep into wilderness areas.

In late January I was originally going to do some hiking in the Catherine Creek area in the eastern end of the Columbia River Gorge. But, there was much more snow than expected.

As I was leaving the area, I saw a coyote that had seen its better days. It’s coat was spotty and tail had lost its bushiness. 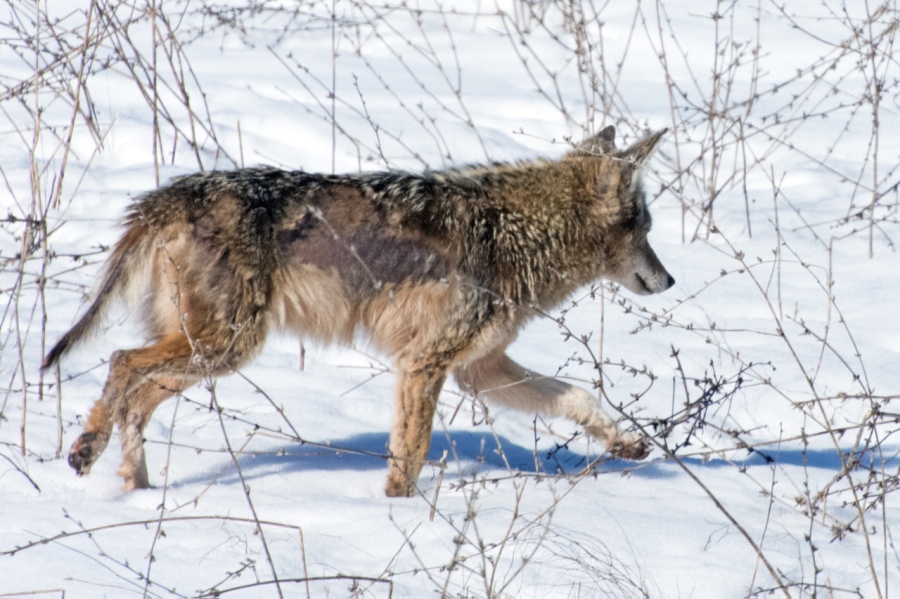 Coyote on the hunt 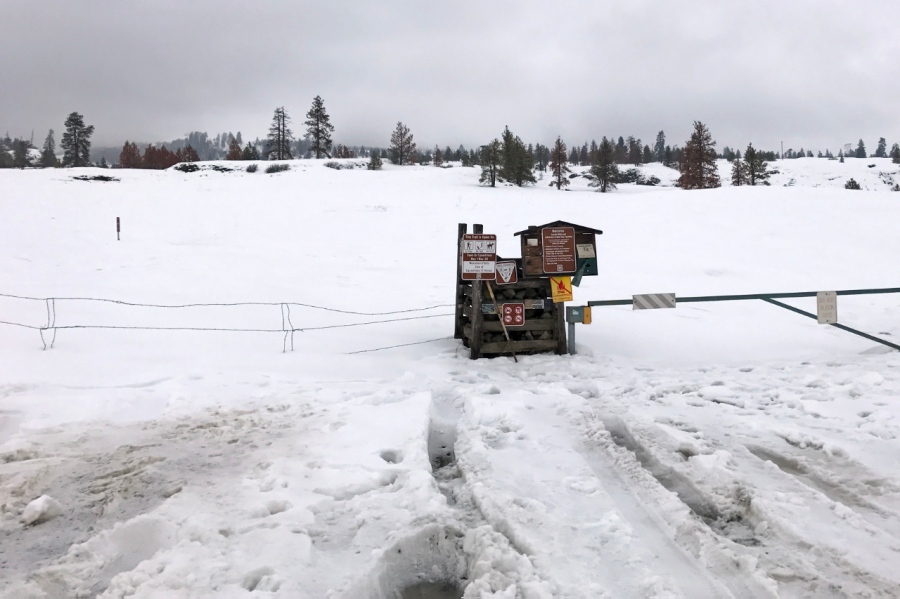 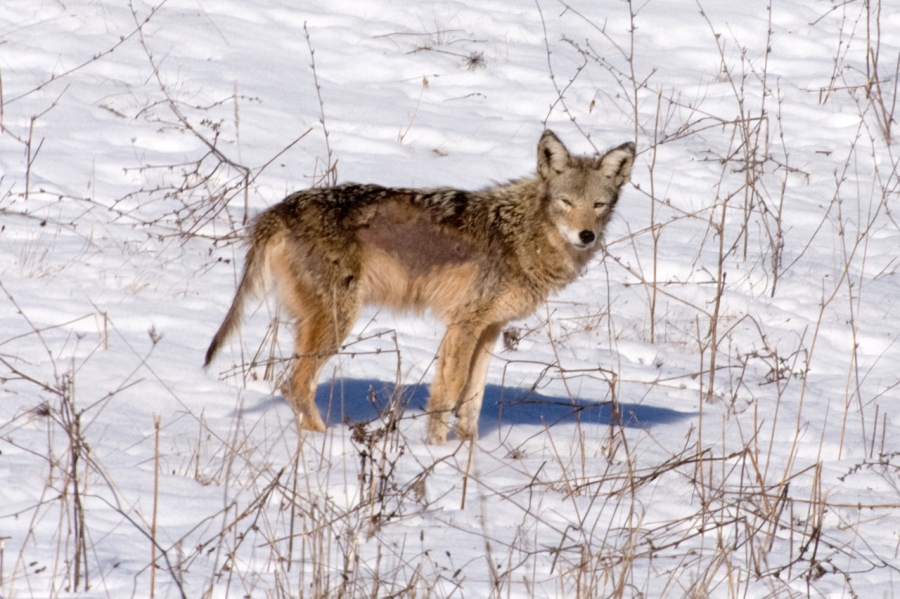 Coyote keeping an eye on me