The Urban Vibe of Portland – I

One of the benefits of photography is being able to capture a snapshot in time. Because urban environments change significantly over the years, photographs from the past bring the changes into relief.

On a cool, cloudy and drizzly weekend day in mid-February, I did a pleasant 12-mile loop hike from home. The goal was to take photos capturing the essence of Portland in the wintertime.

After passing through the Portland State University campus, I stopped at the Farmers’ Market. Fresh carrots, kale, goat cheese, hot tamales, dungeness crab, lamb, gold beets – – – it was enough to make anyone hungry.

I continued downward to the Willamette River to seemingly another world. What a cosmopolitan mix – – – runners, a few bicyclists, moms with strollers, homeless camps on land and water, tattoos, piercings and more.

After crossing the Willamette River, I turned north on the Esplanade which extends 1 1/2 miles and includes a floating walkway, the longest one of its kind in the United States.

Crossing the River again on a walkway underneath the Steel Bridge, I headed north along the River to the Pearl District. 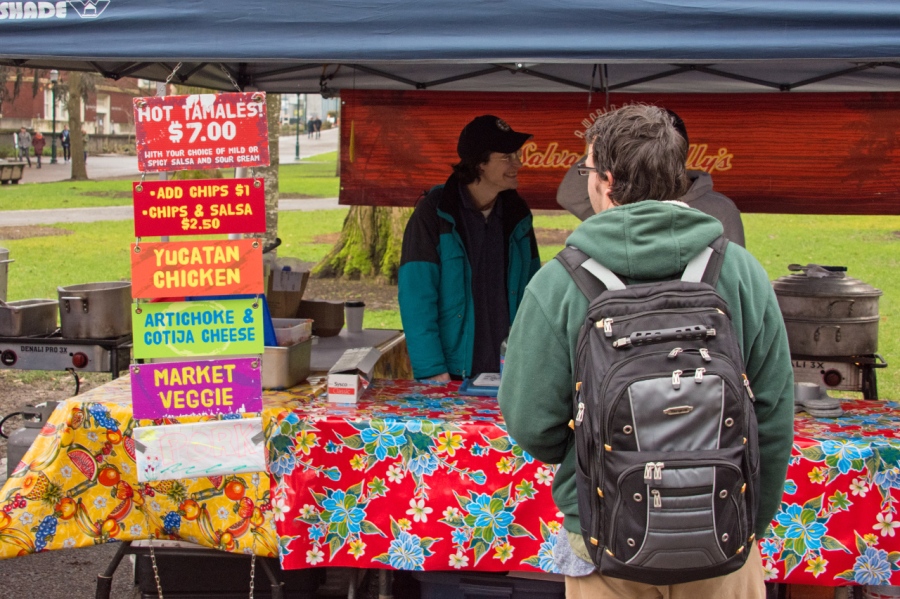 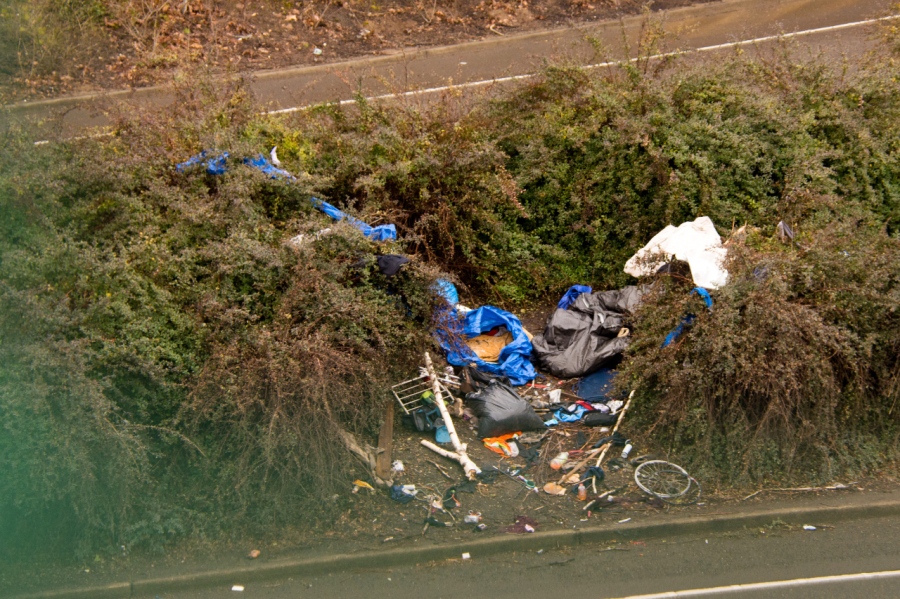 Celery roots at the Farmers’ Market

Light-rail train on the Steel Bridge

Homeless camp near the river

An old Isuzu becoming part of the landscape

Farmers’ Market on a cool and drizzly day 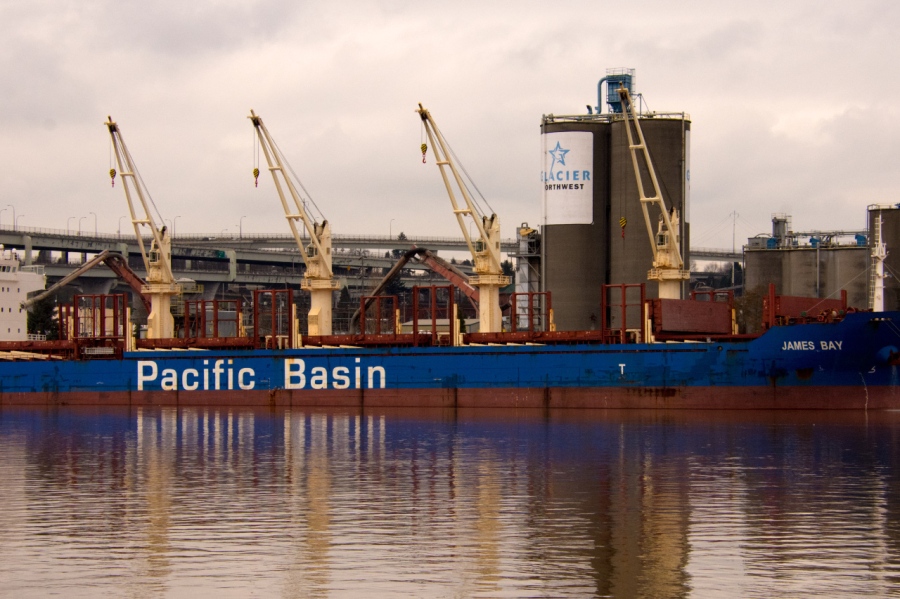 A few scenes remain of the City that Works

Homeless camp near the Esplanade