Hiking in the Salmon-Huckleberry Wilderness

On a cloudy, but nice mid-June day, I parked at the 3,500-foot Douglas Trailhead on the west side of the Salmon-Huckleberry Wilderness.

As I began ascending to the the top of a ridge, there were a few rhododendrons in bloom. Their pink, complex blossoms are one of the treats of hiking on the west side of the Cascade Mountains.

In several miles I reached a short path leading to the top of 4,500-foot Wildcat Mountain, an old fire lookout site. There was still about two feet of snow remaining at the summit.

After leaving the old lookout, I continued on the Douglas Trail another three-quarters mile to what usually is a spectacular rocky viewpoint. But, as a consolation prize, the red, white, lavender, purple and scarlet wildflowers made for colorful rock gardens along the crest of the Eagle Creek Canyon.

I turned around and hiked to the north about two miles to a beargrass meadow with a bench, navigating large mounds of snow along the way. It’s a well-known spot with one of the best up-front views of Mt. Hood, if the cloud cover had lifted. I enjoyed the area anyway, recalling the first time we had hiked there some 22 years ago. 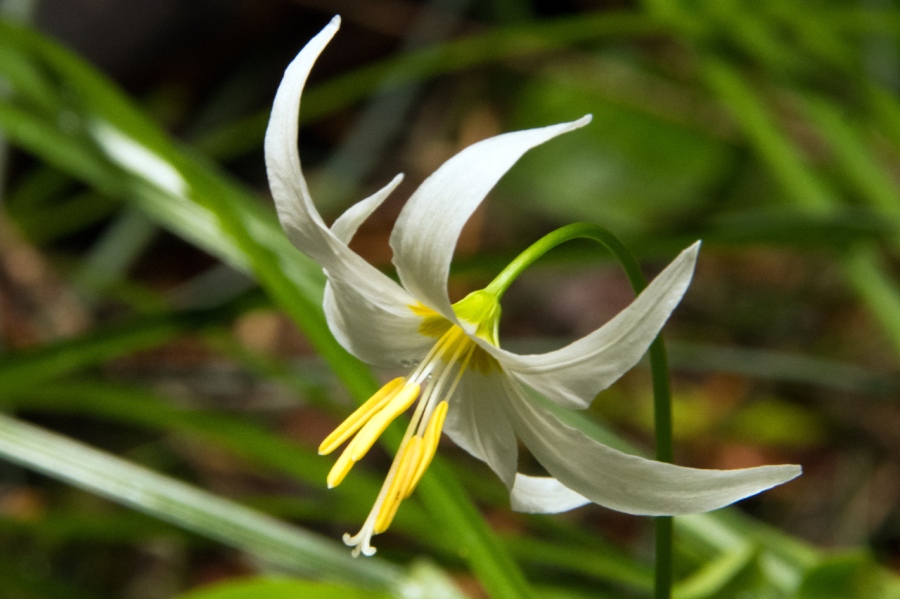 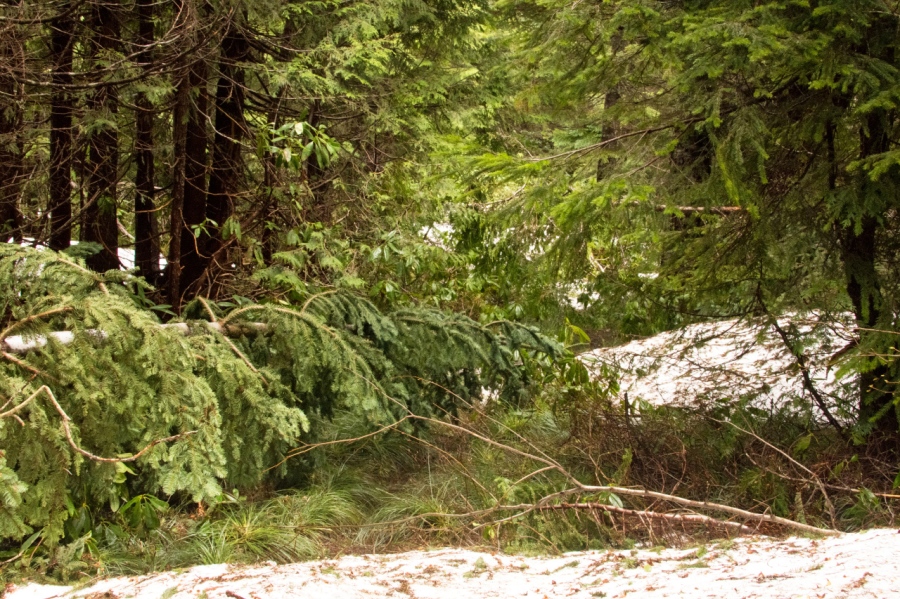 Yep, that’s the trail (you need good route-finding skills when snow and blowdowns cover the trail) 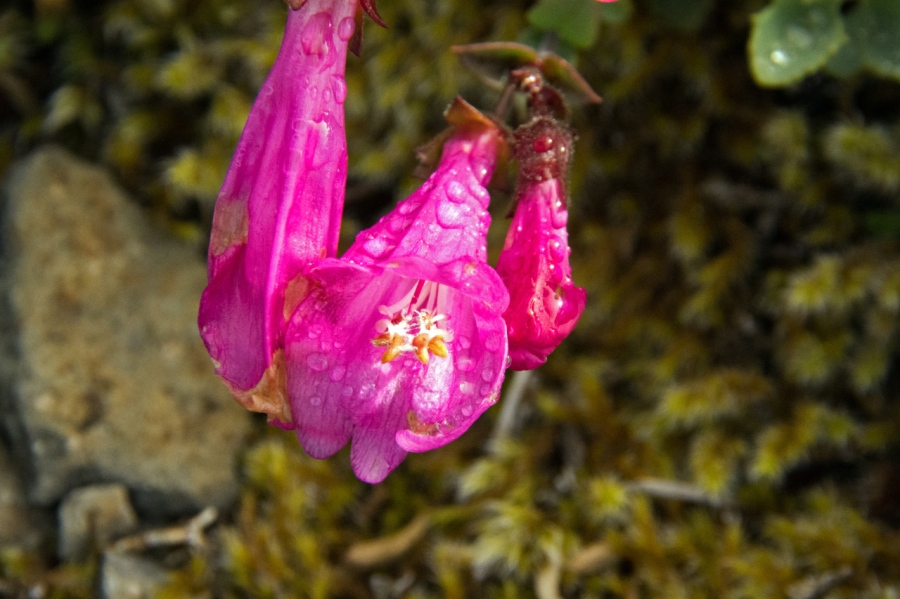 My pack and poles on McIntyre Ridge amidst the Indian Paintbrush