Each fall I plan to spend a few days in Central Oregon. The tamaracks and aspen are turning golden, fresh snow highlights the magnificence of the tall Cascade volcanoes, and large game animals are fattening up for winter.

I arrived a little late this year. The first heavy snowfalls had occurred, keeping me out of my favorite alpine areas. Not to be deterred, I moved to lower elevations.

The next few days were gorgeous with bright sunshine, blue skies and crisp temperatures. I spent much of my time sneaking through the trees to get photos of mule deer, and hopefully elk.

On the last day I spotted a small herd of elk, and was successful seeing many deer and a few grouse.

Here is day one. 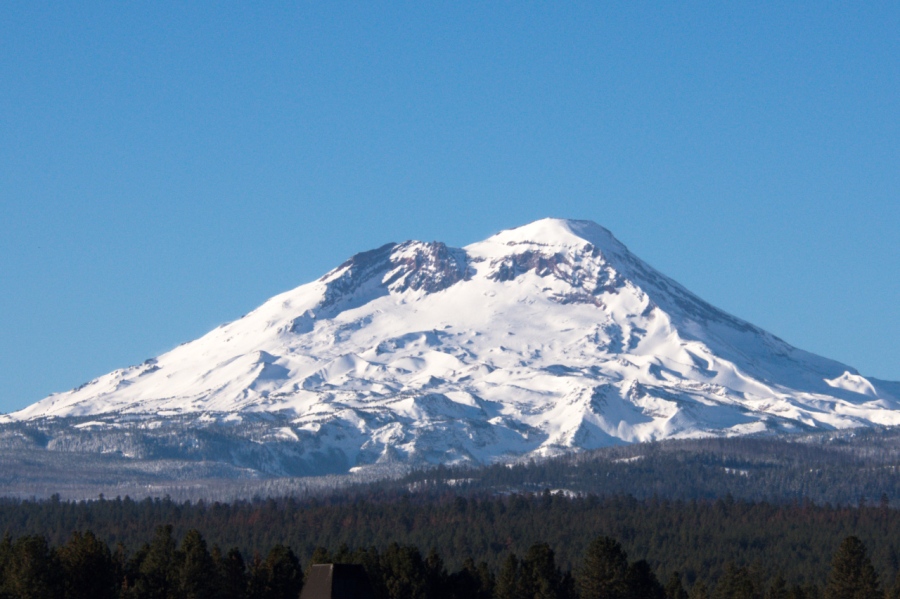 Mule Deer (Is she talking to me?)

Hoar frost on the summit of Black Butte

Mt. Washington on a cold and clear morning