Too Much Snow for This Indian Heaven Wilderness Hike

Indian Heaven Wilderness, located southwest of Mt. Adams, is situated on a high plateau, averaging about 5,000 feet in elevation, with many open meadows and over 150 lakes. The area is famous for its huckleberry fields.

In early summer I parked at the East Crater Trailhead on the south side of the Wilderness. The temperature was already 68 degrees with lots of sunshine. The bright white plumes of beargrass were everywhere.

E. Crater behind one of the small lakes along the trail

The trail took off northwest through a mountain hemlock forest, with noble fir trees becoming more prevalent as elevation was gained. I soon encountered snow on the trail. My hope was the hillocks of snow on the trail would soon disappear. But no, clearly I was several weeks too early for the hike.

After 1 1/2 miles I began passing small ponds covered in floating grasses. Huckleberry bushes were covered in flowers, but not a berry in sight. In another couple of months the huckleberries will be at their prime in the higher elevations. Of course, with the many small lakes and melting snow, there were many skeets to keep me company.

At two miles I began losing the trail in the ever deepening snow drifts. Since I had not seen another soul, I decided to turn around and return to the car. Always better to be safe than sorry when you’re a solo wilderness hiker. 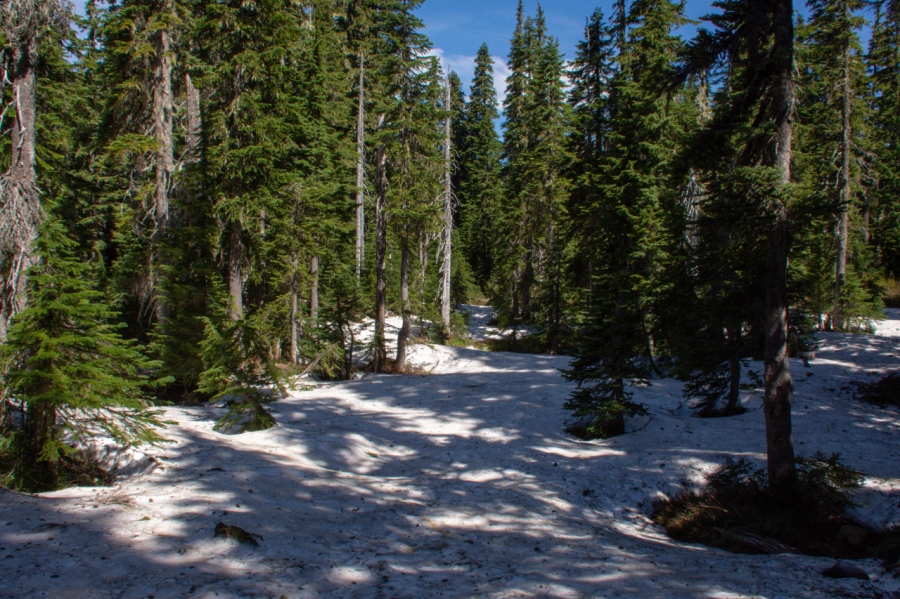 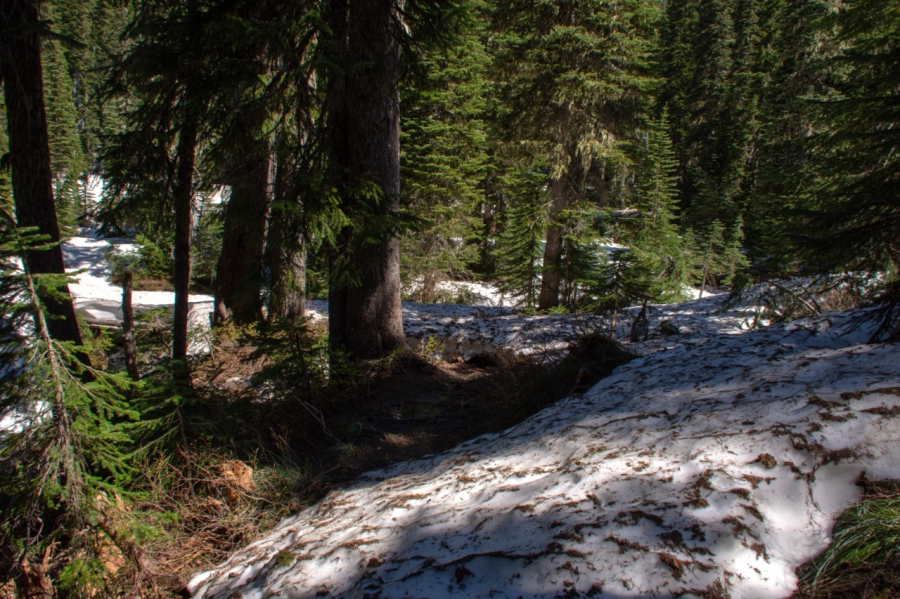 Small lake along the trail

A stream to ford

Blowdowns over the trail, a common issue in early season hikes