The third weekend of January found me on the northern side of the Columbia River Gorge. The Hardy Ridge Trail in the Beacon Rock State Park began at an equestrian trailhead. After three miles of hiking on old logging roads, I reached the trail leading the last one-half mile to the saddle of the ridge.

But, the snow was lightly crusted and well over 1 1/2 feet deep. I was getting tired of postholing. No other hikers had been on the trail since the last snowfall, although several folks had snowshoed through the area the day before.

I returned down the old logging road for a few minutes before taking the new Bridge Trail to the northeast. In less than one mile another old logging road was reached not far above Don’s Cutoff Trail. From there it was a pleasurable return hike to the trailhead.

All in all the hike was 7.6 miles in length with 1,900 feet of elevation gain. A cold, but enjoyable winter outing. 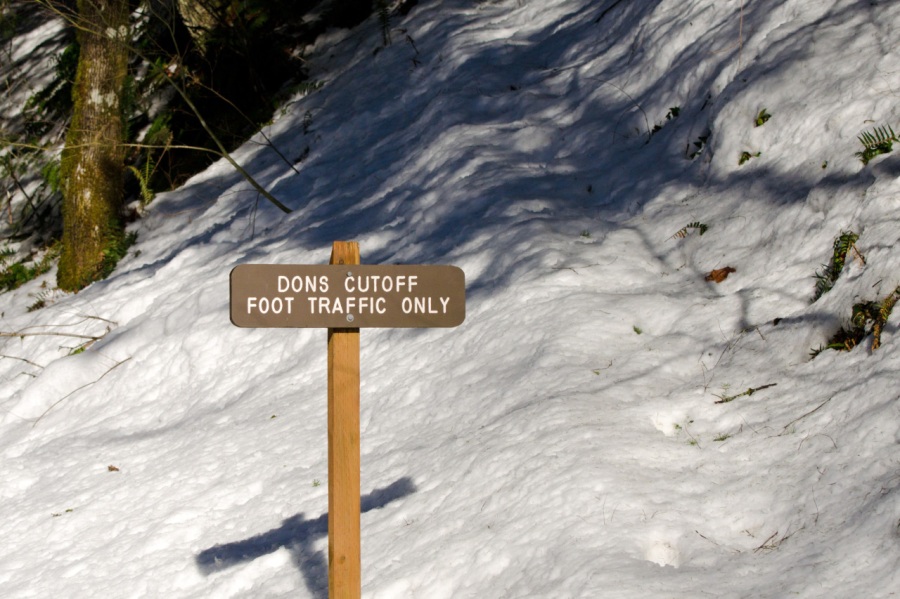 Shadows in the snow 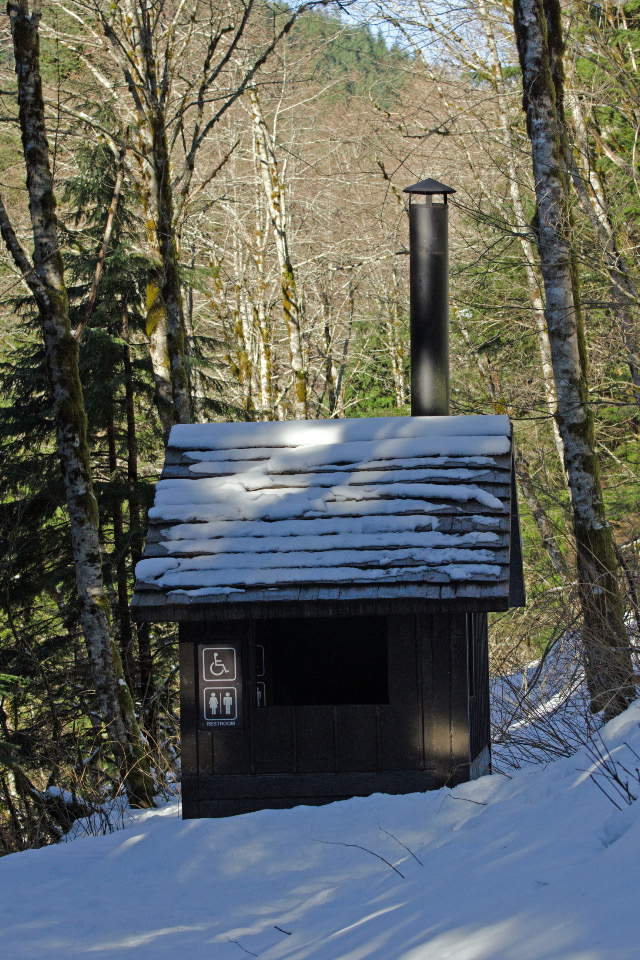 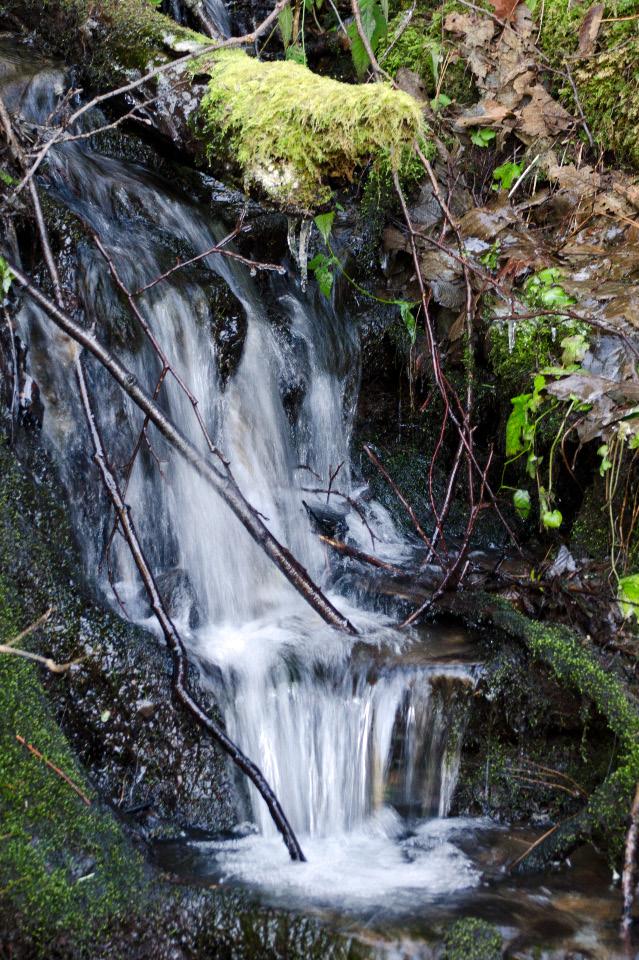