A steep climb up Hunchback Ridge sounded like a fine outing. But, when I arrived at Zigzag it was pouring down rain.

Hunchback is not a fun hike when the trail is icy or muddy. So, I decided to drive over the pass to eastern Oregon.

To my surprise the heavy rain turned into heavy snowfall by the time I reached Government Camp. Conditions were treacherous, but I continued on.

Soon I passed a jack-knifed semi crashed into the guard rail. By the time Tygh Valley was reached it was back to clouds with some sun breaks.

I spent a pleasant couple of hours exploring the White Falls Park and enjoying a nice variety of songbirds before returning home. 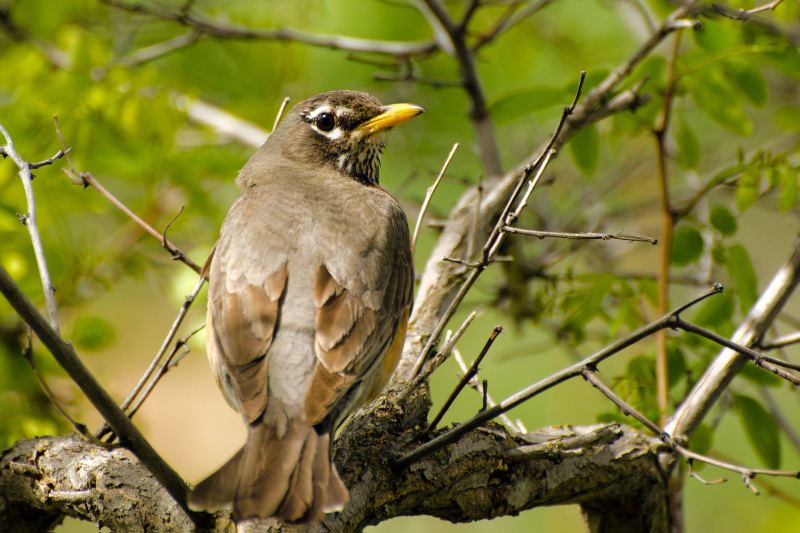 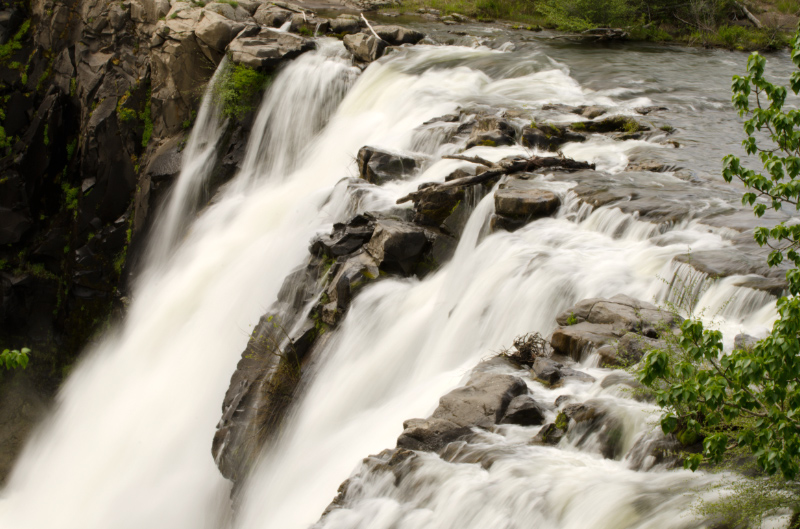 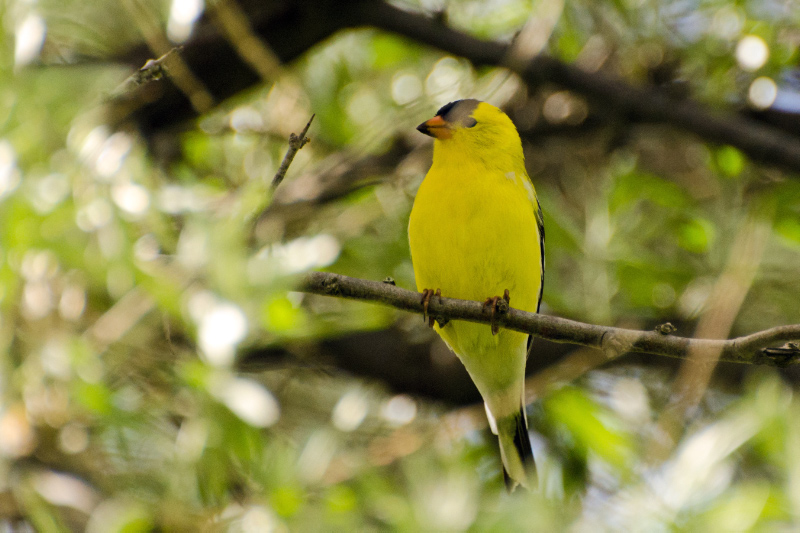 American Goldfinch (an easy one to identify) 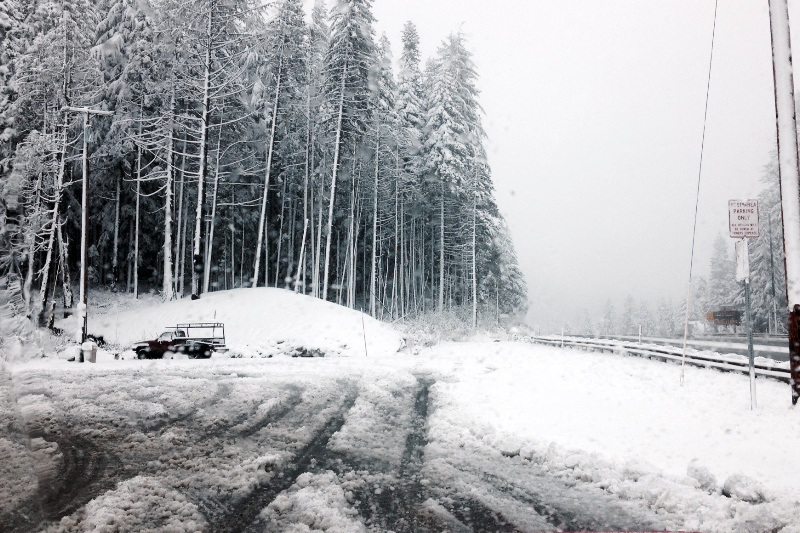 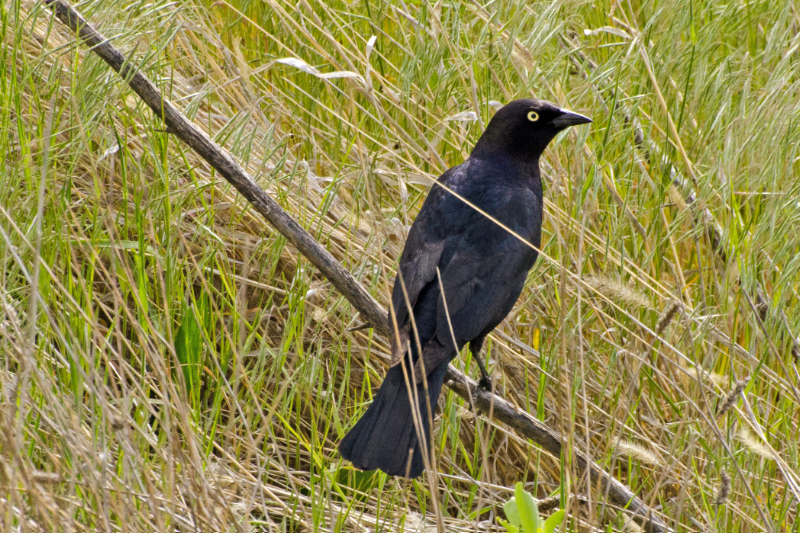 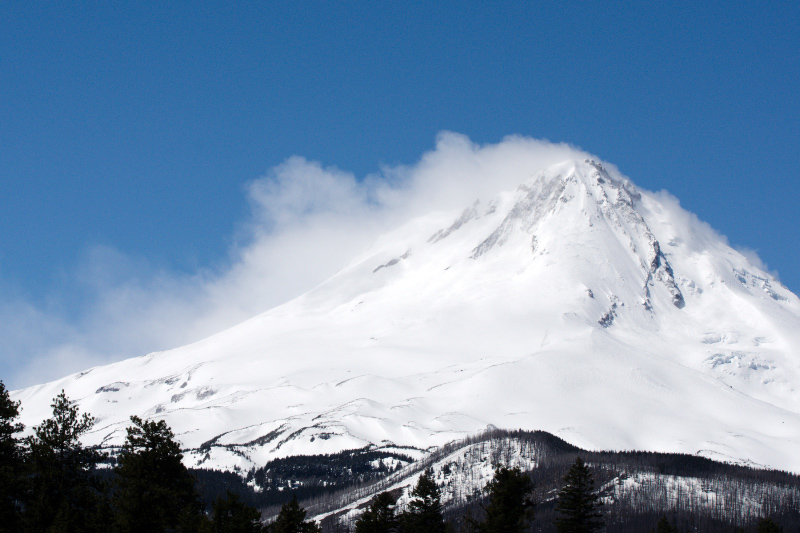