Summit Lake is in the Stone Mountain Provincial Park. Dan and I entered the Park late in the third day of our trip.

Thankfully, the clouds parted and the rain stopped for awhile, providing nice views and the ability to see Stone Sheep up close.

After leaving the Park, we passed through Toad River, Muncho Lake and Liard River (home of the famous Liard River Hot Springs) before stopping at an RV park in Coal River.

We were up early the next day, in part because water from rainfall during the night made the tent floor on my side of the tent resemble a bath tub.

After paying the RV Park owner and obtaining some hot coffee, we soon left British Columbia and passed into the Yukon Territory reaching Whitehorse in the middle of the afternoon.

On Friday morning, our fifth day, we left the Alaska Highway and took the Klondike Highway to Dawson City on the banks of the Yukon River.

I was surprised to learn the Yukon River is larger than the Columbia River. 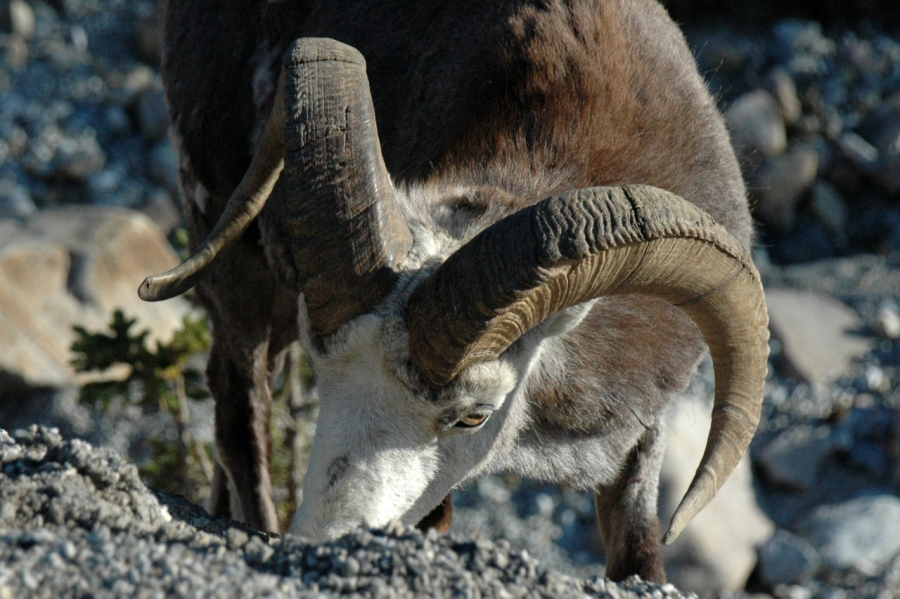 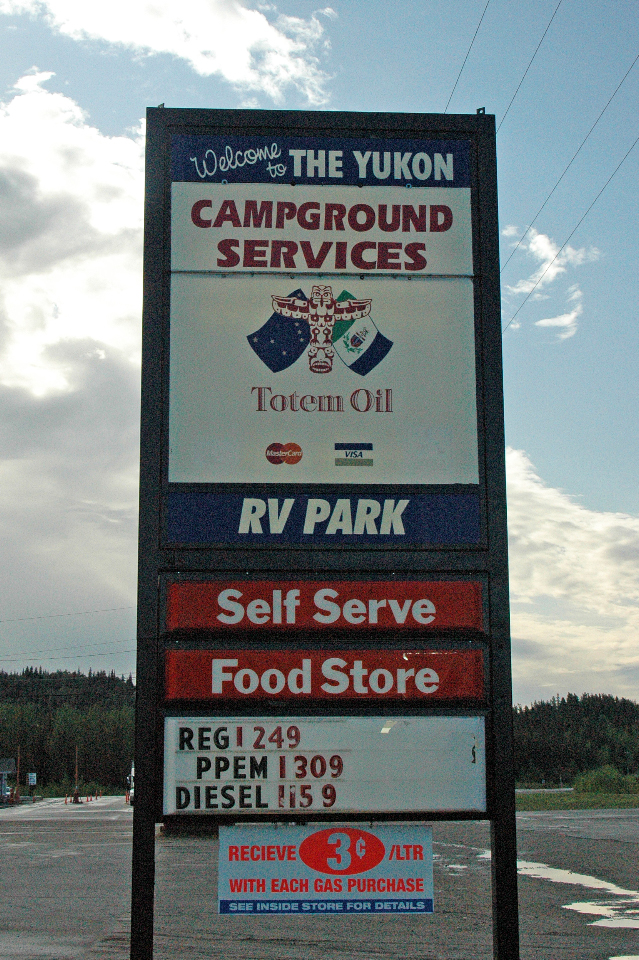 Gas was cheaper then 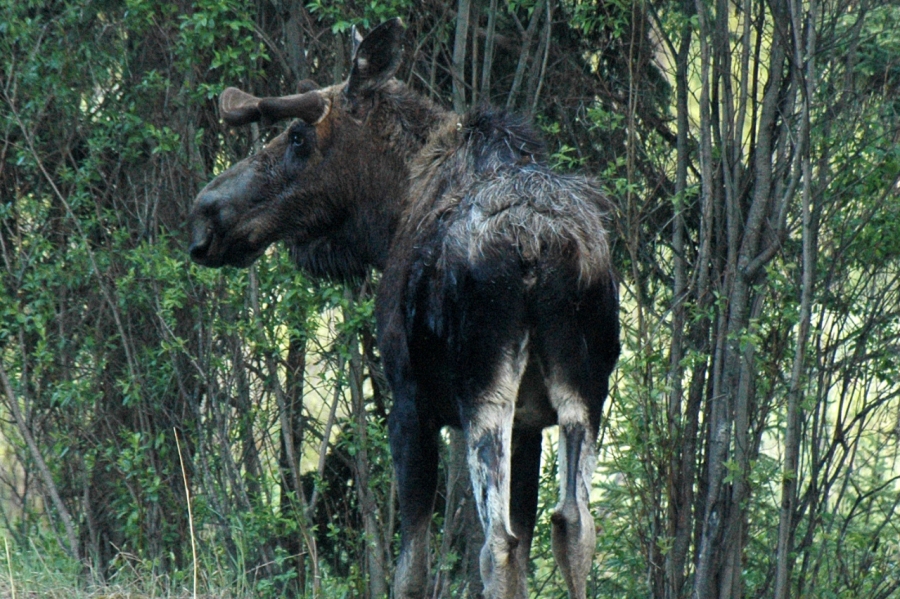 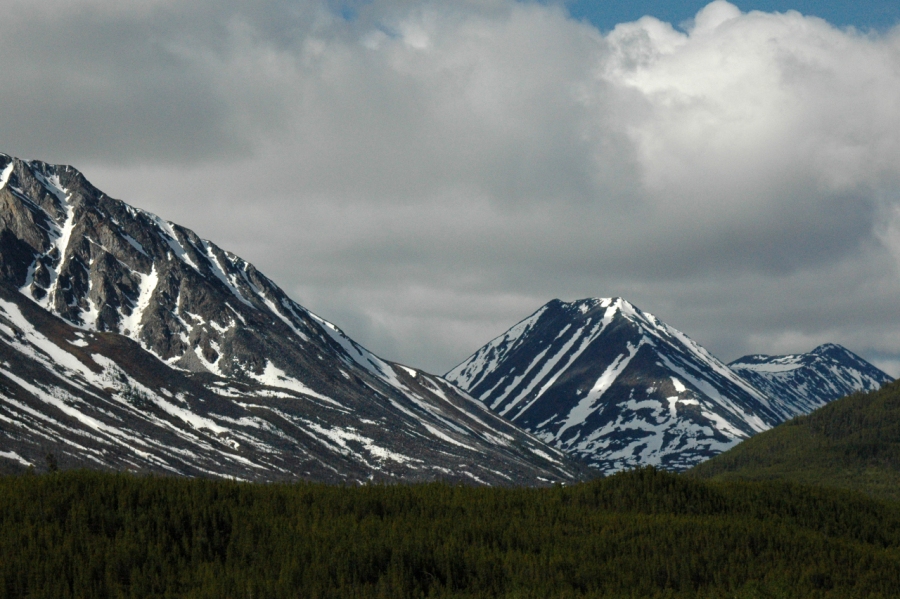 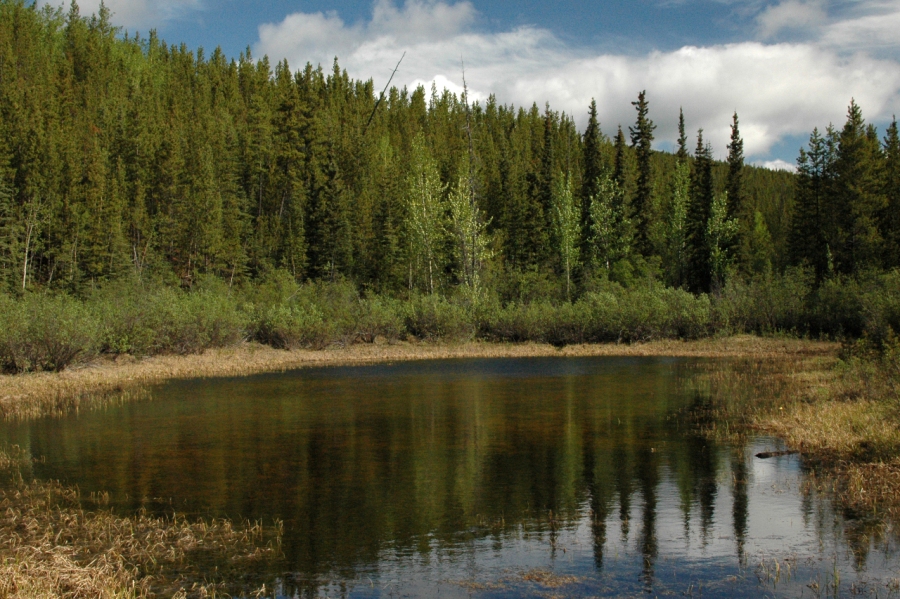 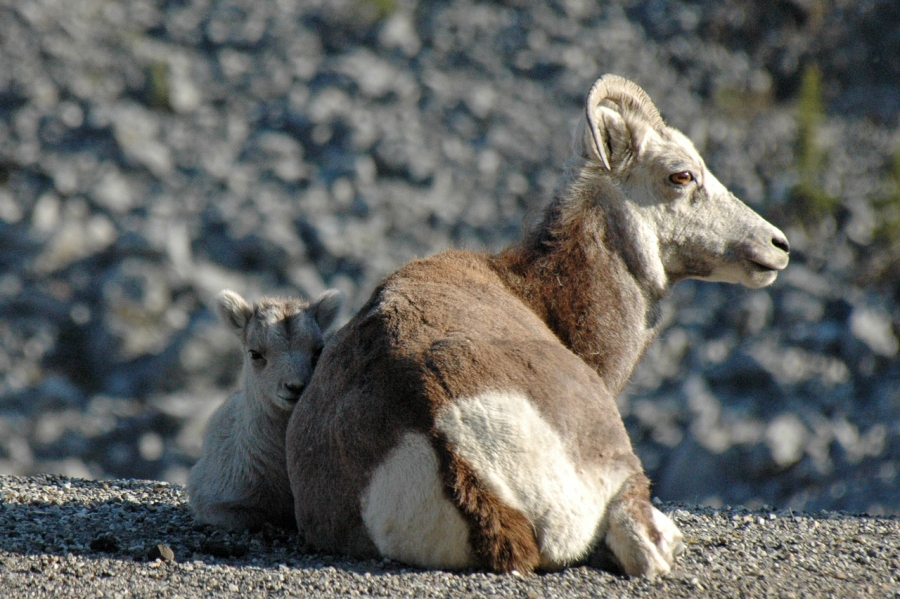 Baby Stone Sheep in the shadow of its mom 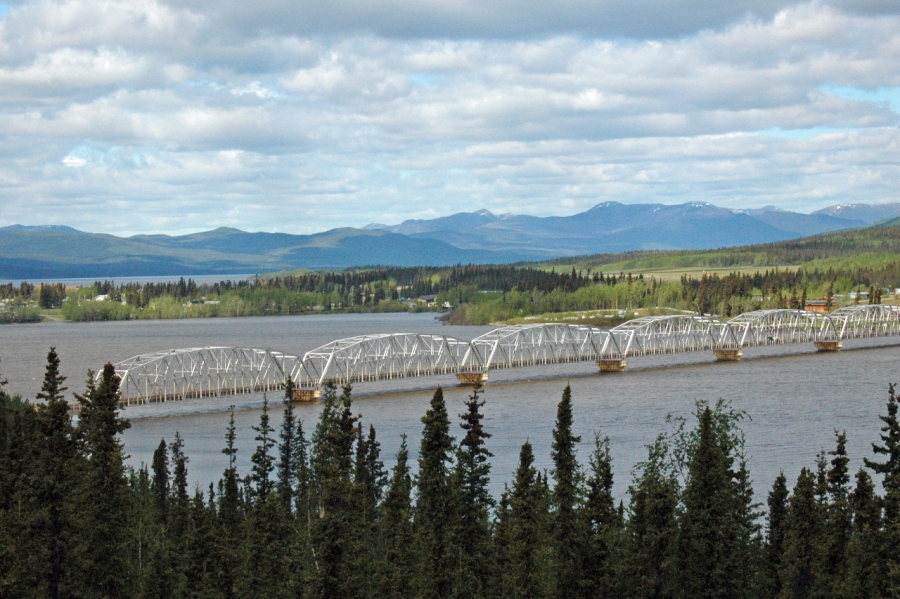 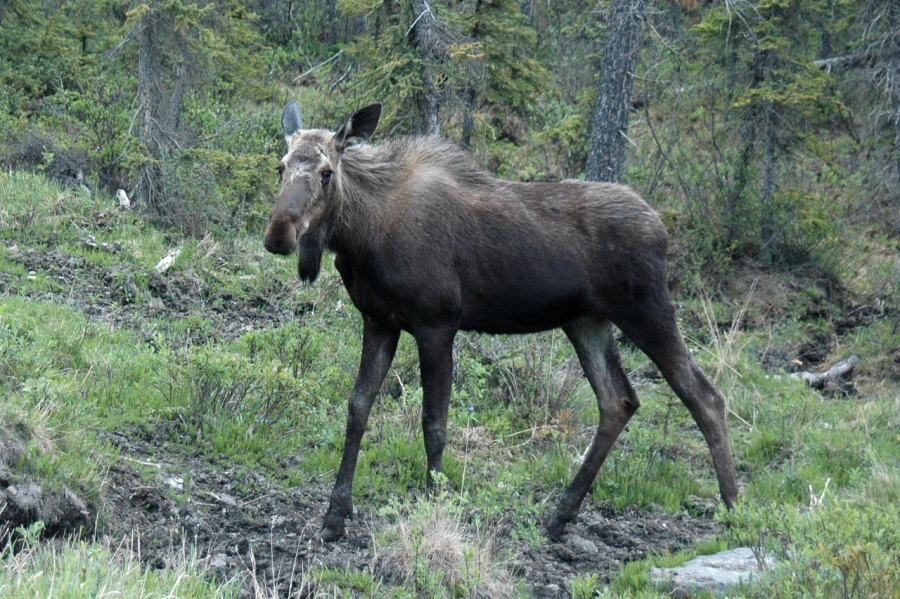 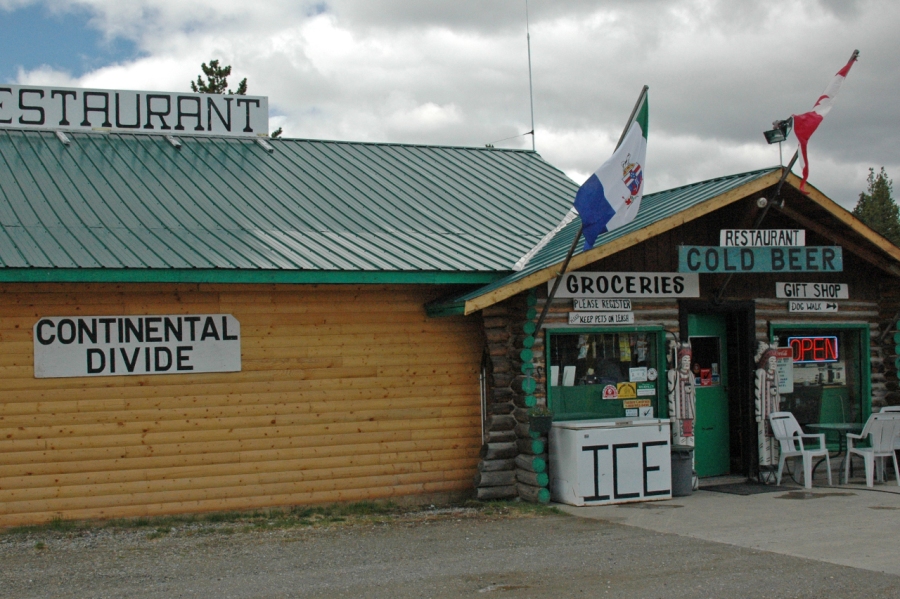 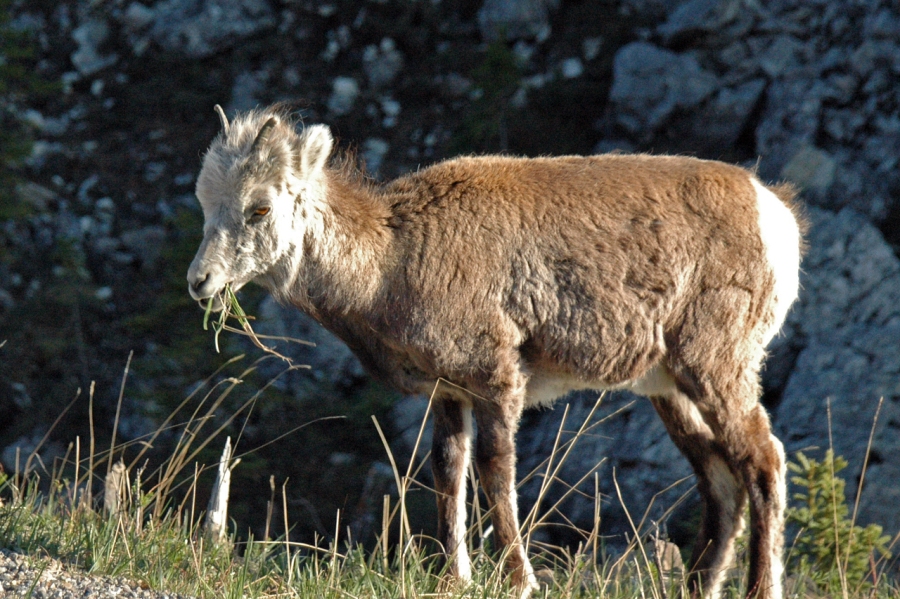 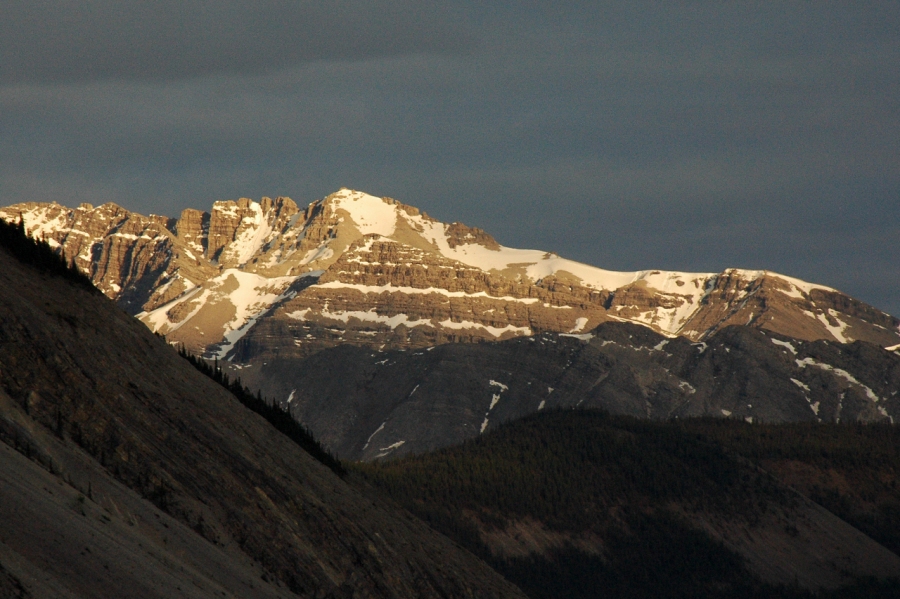 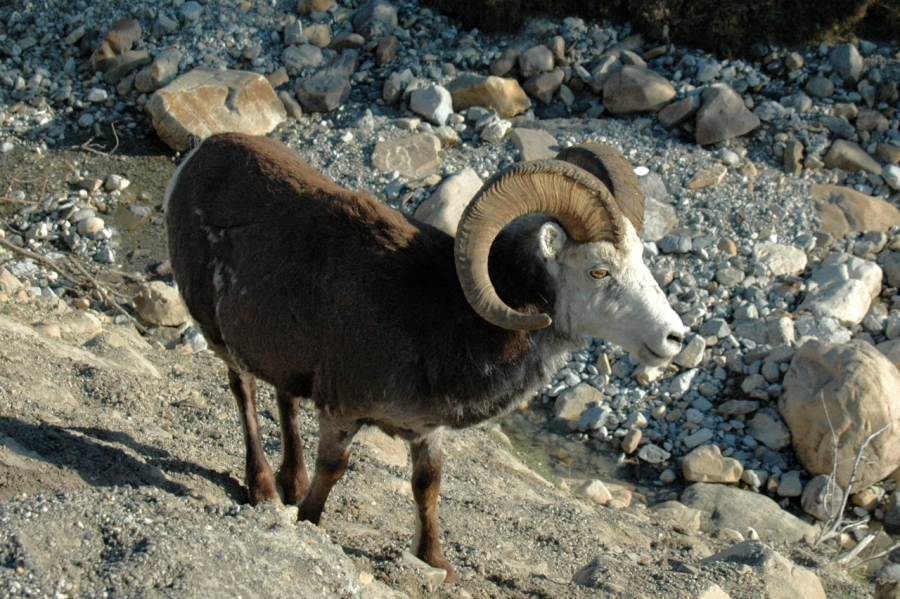 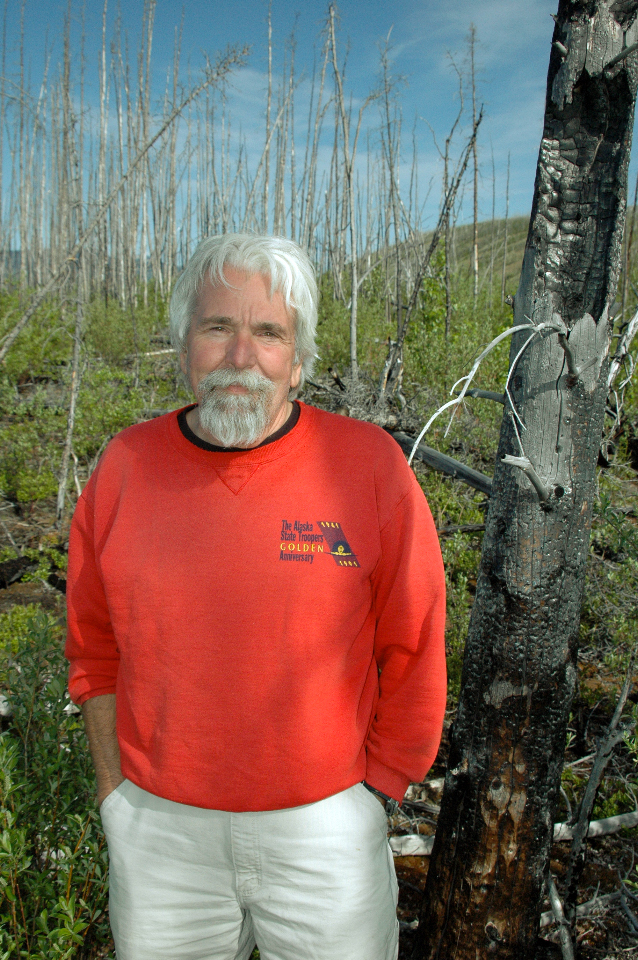