This chapter begins in Dawson City on the fifth day of our trip. The last couple of days had been truly enjoyable. Whitehorse and Dawson City were the locales of many a story I read growing up, from tales by Jack London to hunting stories by Jack O’Connor. Seeing the areas in reality was great fun. And finally, the rain began giving us a break at Dawson City.

We took the ferry across the Yukon River and registered at the Dawson City River Hostel. This was a rustic place with no electricity. There were outhouses and a small cabin with showers, although water had to be heated on a wood stove for a hot shower.

Once settled into our small cabin, we broke out the bicycles and rode (and took the ferry) back to Dawson City. The town’s people have done a nice job of recreating the feel of the goldrush.

Surprisingly, we had a very good meal at a reasonable price. Upon return to the Hostel, I got my first real taste of the midnight sun. At 1:00 a.m. it was light enough to read and walk around the site without a flashlight.

On Saturday morning we began heading west over the Top of the World Highway, passing through Boundary (the entry point into Alaska) in 65 miles. The Taylor Highway heads south at this point passing through the town of Chicken on the way to reconnect with the Alaska Highway at Tok. From there it was a fairly easy drive to Fairbanks where we stayed with Dan’s old friend Skip.

On Sunday, after doing a 20-mile loop on the bicycles in the Fairbanks area, we drove to the small city of Ester. One can’t visit Fairbanks without taking in a show at the Malamute Saloon, prominently mentioned in a famous Robert Service poem from the goldrush era (something about Dangerous Dan McGrue.) 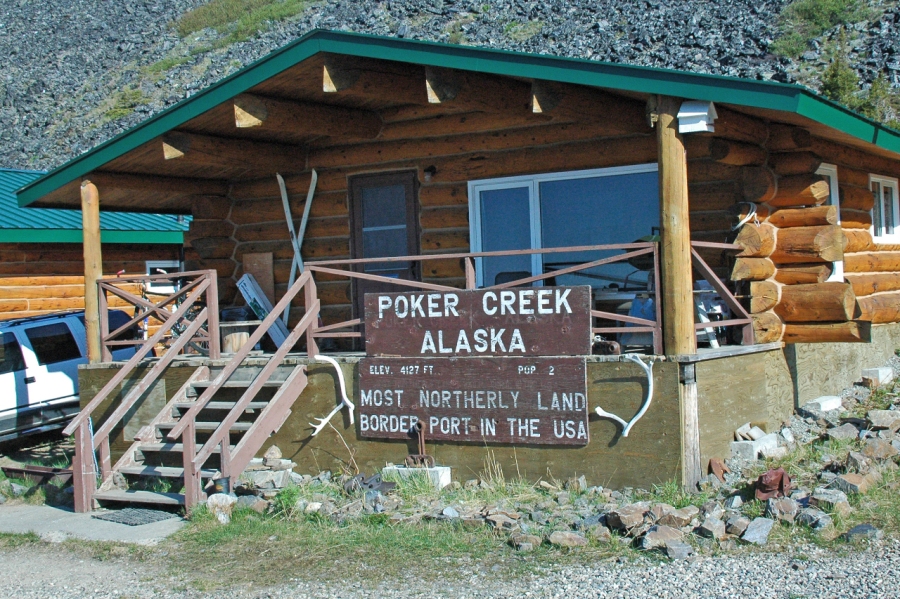 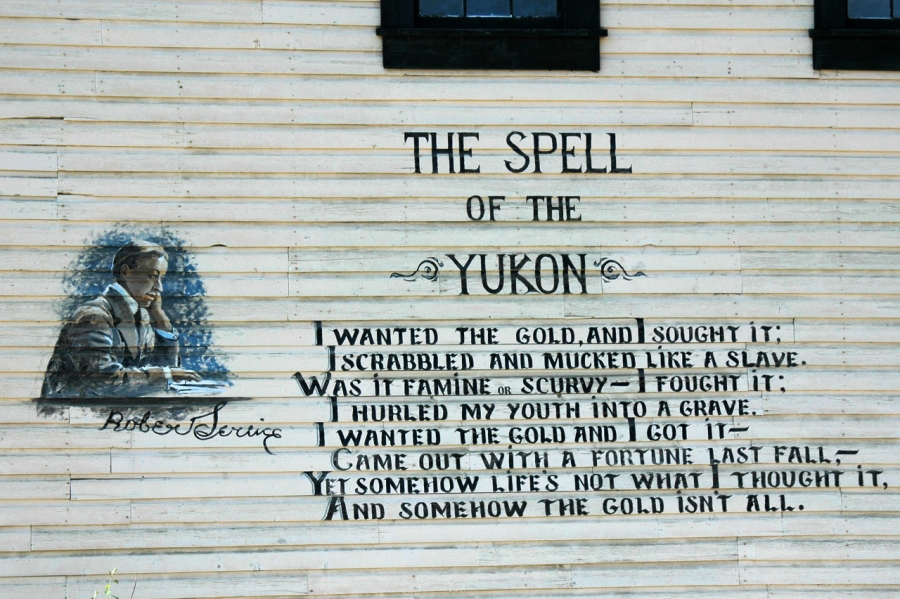 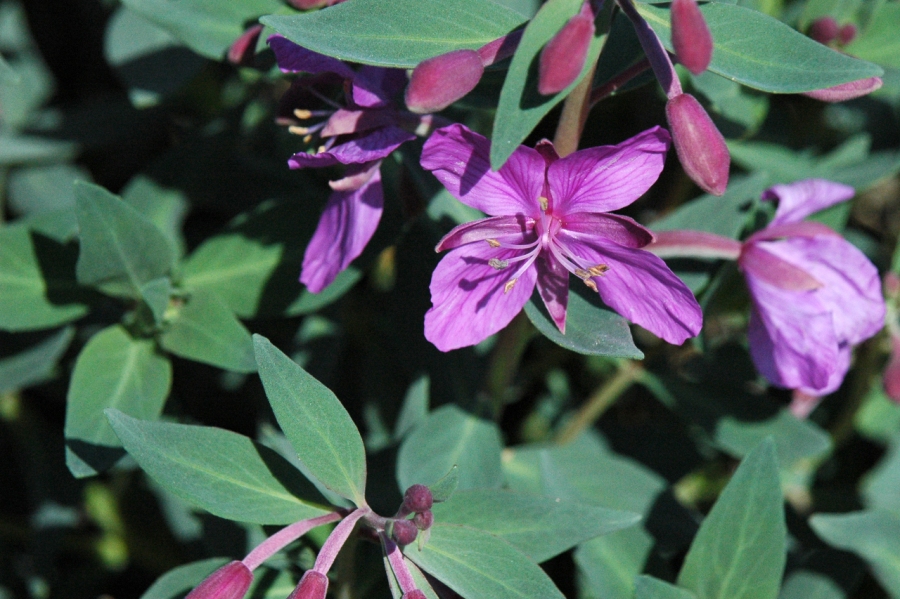 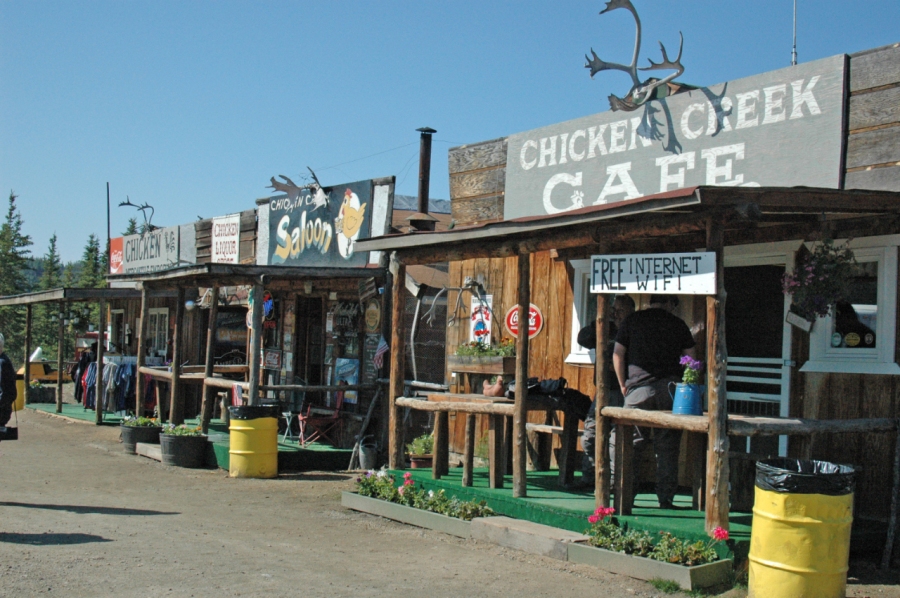 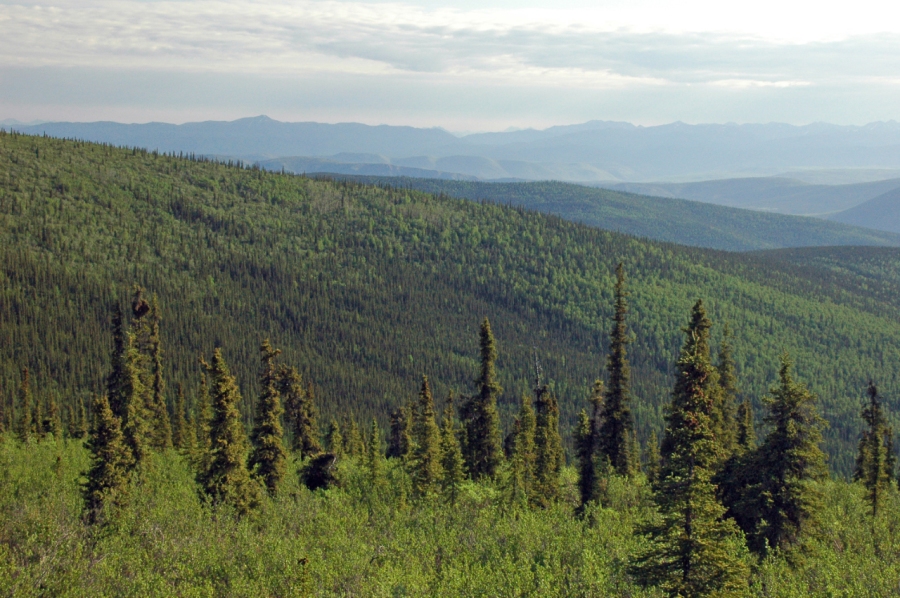