Day 15 of the trip found us staying at the Glacier View Campground under overcast skies with plenty of mosquitoes for entertainment.

We rode our bicycles across the Kennicott River on a pedestrian bridge and five miles to the little town of Kennicott. For someone like me that doesn’t ride bicycles often, this was a tough five miles. The rutty, rocky dirt road was an old railroad bed and steadily gained every mile.

After having a cup of coffee at the Kennicott Glacier Lodge with Dan, I donned my daypack and began the hike to Bonanza Mine. After an easy one-half mile through the old Kennicott mining town, the Trail turns uphill and steeply climbs 4.5 miles, gaining 3,800 feet of elevation before reaching the Bonanza Mine buildings at 6,000 feet.

Once timberline was reached, the views became outstanding. I could see the ends of Root and Kennicott Glaciers below, the Chugach Mountains to the south and 16,000-foot Mount Blackburn to the northwest.

The remains of the old tram buildings along the steep slopes of the mountain were clearly visible. The tram originated at the Bonanza Mine and carried copper ore to a separator facility in the town of Kennicott.

Several hours into the hike thunder began pealing behind the peaks. Soon the sky turned black, light rain began and quickly turned to hail. Thankfully, I was close to the old Bonanza Mine buildings and found a dry space after climbing through snow drifts and old rotten timber. After 30 minutes the storm slackened and the sun began to peak through.

It still astounds me miners lived, slept and worked in this extremely steep and treacherous environment. 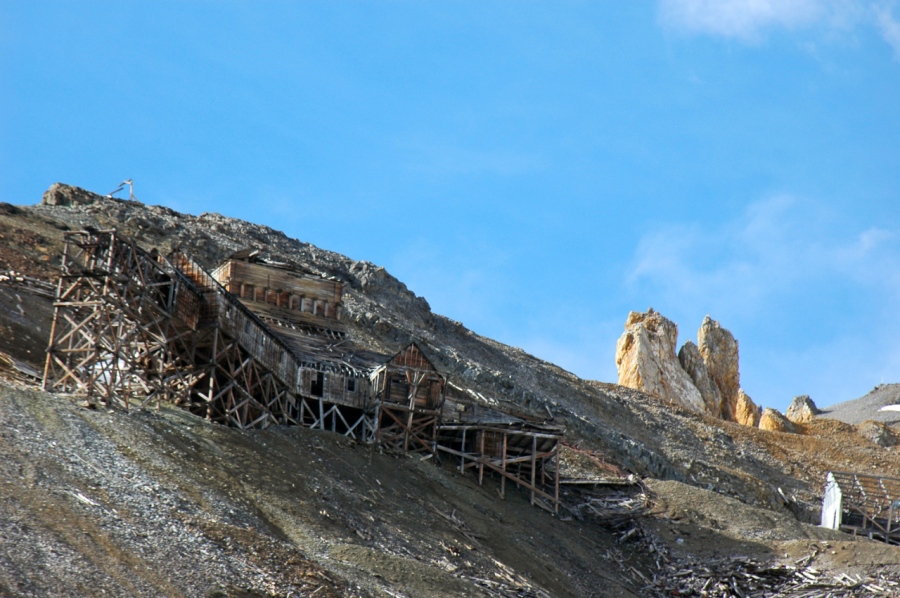 Bonanza Mine buildings (Bunkhouse on the right) 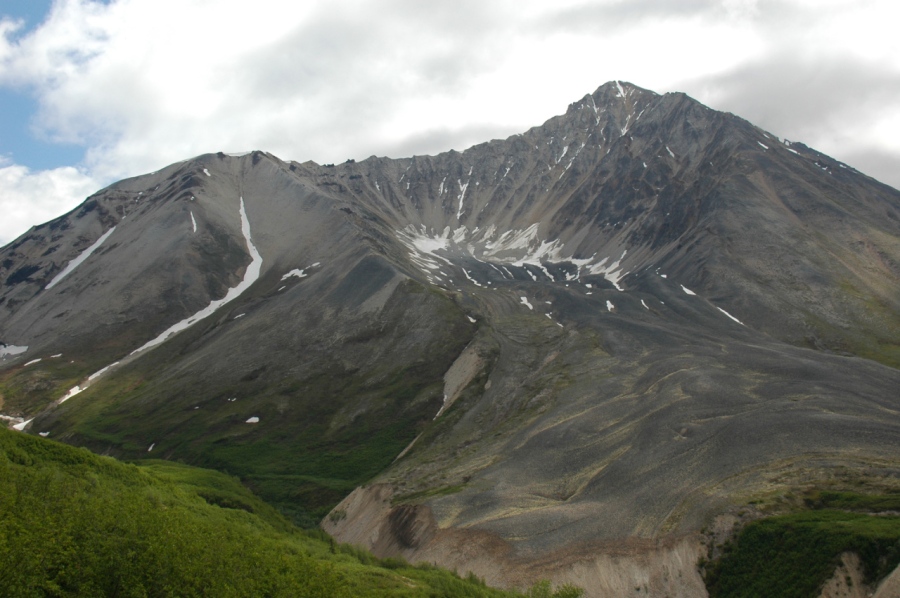 View from lower portion of hike

View from Bonanza Mine

Heading up the trail

Stormy view from Bonanza Mine

The sun finally beginning to break through the storm clouds 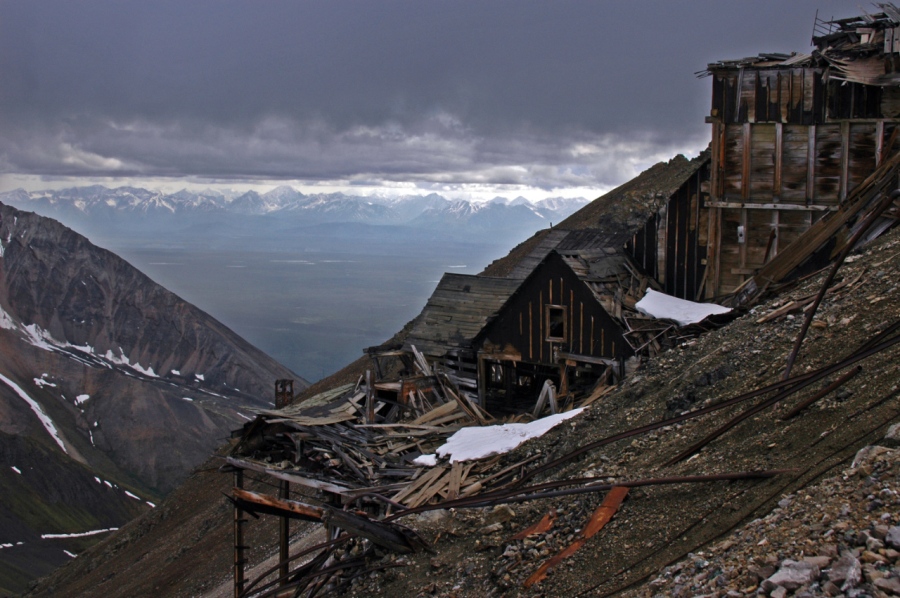 Stormy look down the mountain from the Bonanza Mine buildings