A Stormy Hike to Jefferson Park

Jefferson Park is a series of large alpine meadows below the western summit of 10,497-foot Mt. Jefferson. There are many small to larger lakes sprinkled throughout the area. On a warm, sunny summer day it is one of the most popular hiking/backpacking destinations in the Pacific Northwest, and rightly so.

On the first weekend of October, I drove to the Whitewater Trailhead on the western boundary of Mt. Jefferson Wilderness. The cloud cover was low, the winds were cold and a light rain was falling. To my delight the vine maple trees’ leaves were at their autumn best – – – bright reds, oranges and golds.

For the first several miles the Trail climbed through an old-growth forest before reaching a ridge and later passing through a saddle. Often backpackers heading back to their cars would stop to tell me stories of snowfall and heavy winds during the preceding night.

At four miles the Pacific Crest Trail was met. Heading north on the PCT, Jefferson Park arrived in less than one mile. I had left the colorful vine maples behind and now was rewarded with large stretches of huckleberry bushes turning red.

There continued to be very limited visibility due to the heavy fog. Nonetheless, I continued to hike north through the meadows to Russell Lake, passing Scout Lake on the way. The summit of Mt. Jefferson was only 2 1/4 miles in the distance as the crow flies, but all I could see was fog. At least last year when I visited in late October some sun breaks allowed portions of the mountain to be seen.

On the return hike to the car I was entertained for awhile by a family of deer. They were content to spend the time at an edge of a meadow, doing some browsing and chewing their cud.

Maybe next year I’ll return on a beautiful day. In the meantime, I will have memories of an enjoyable fall outing in the Wilderness. 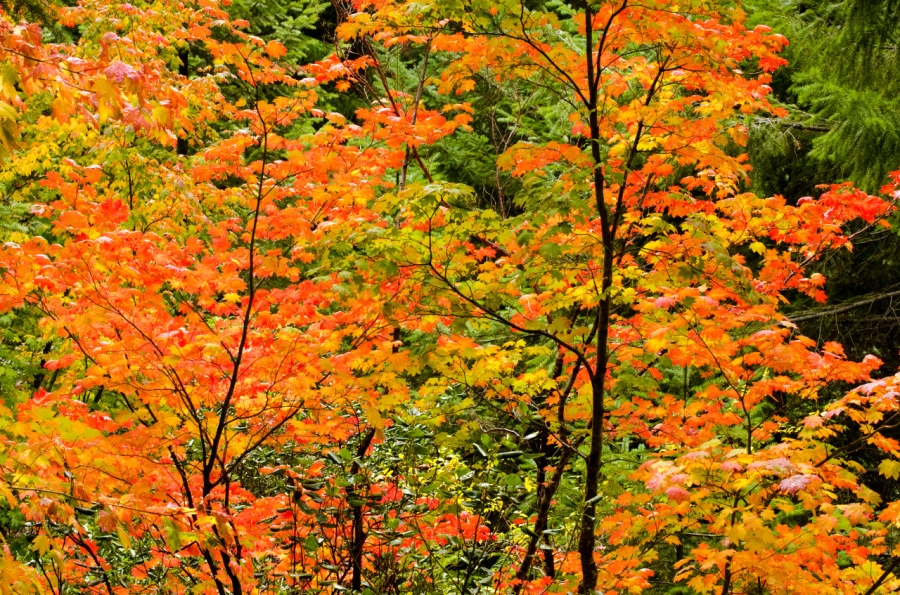 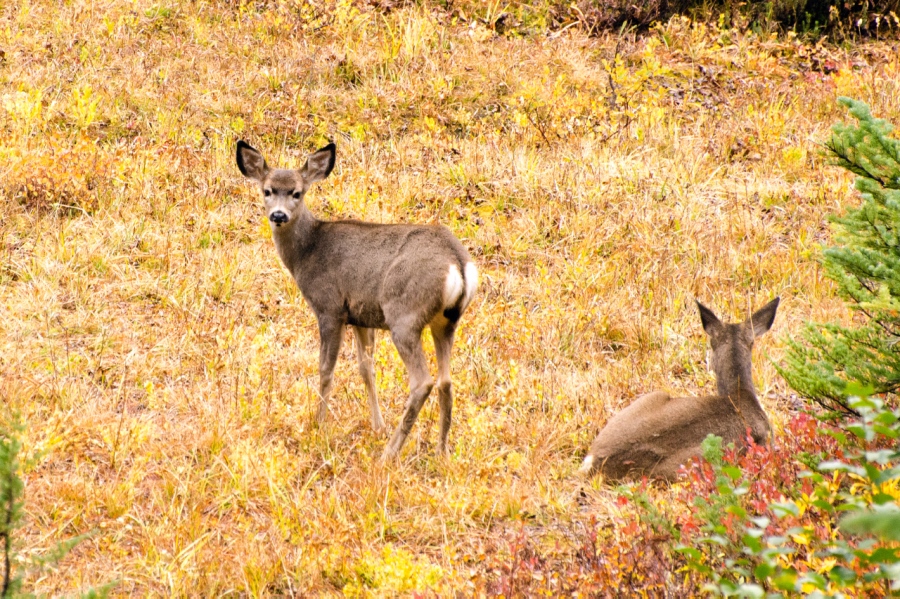 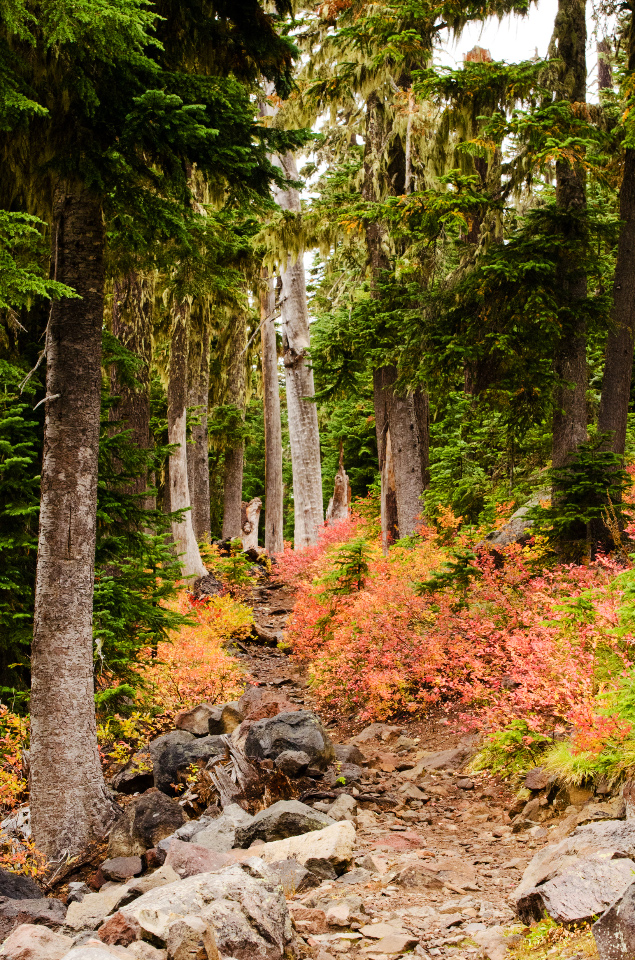 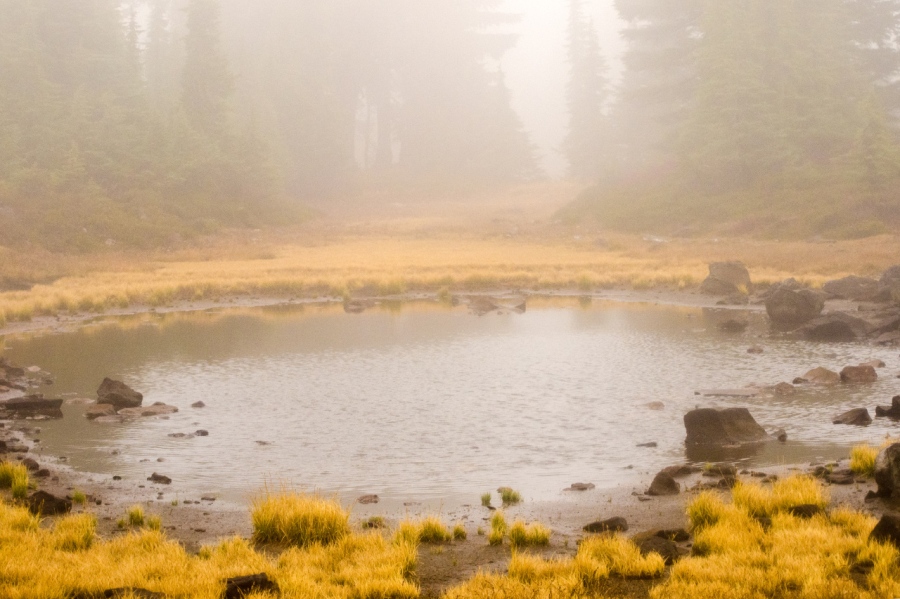 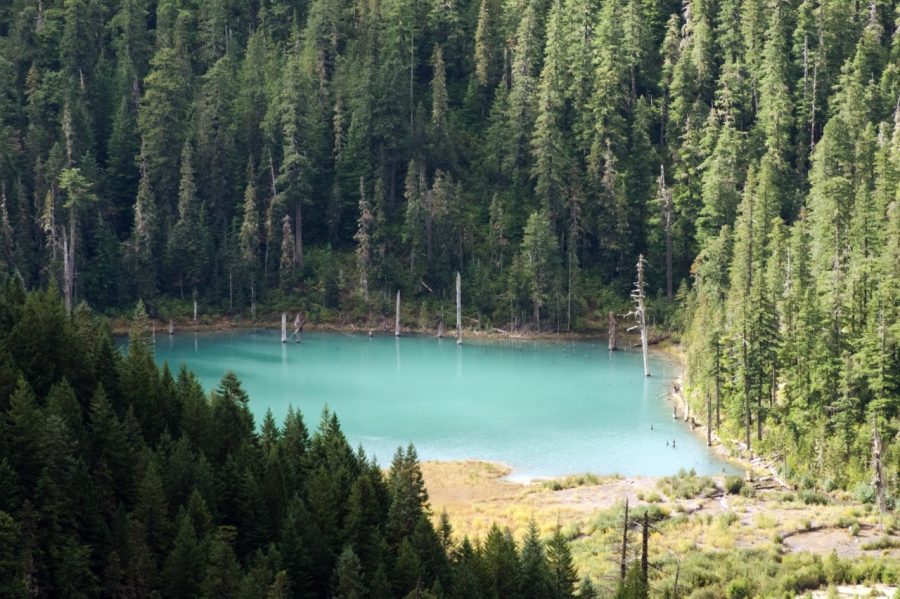 A little sun shining on Pamelia Lake far below 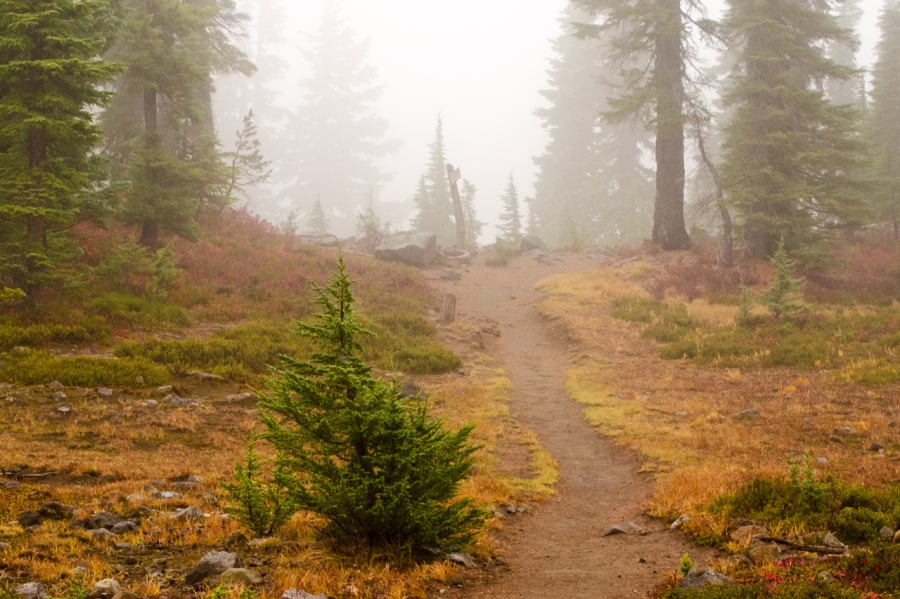 A foggy section of the Pacific Crest Trail 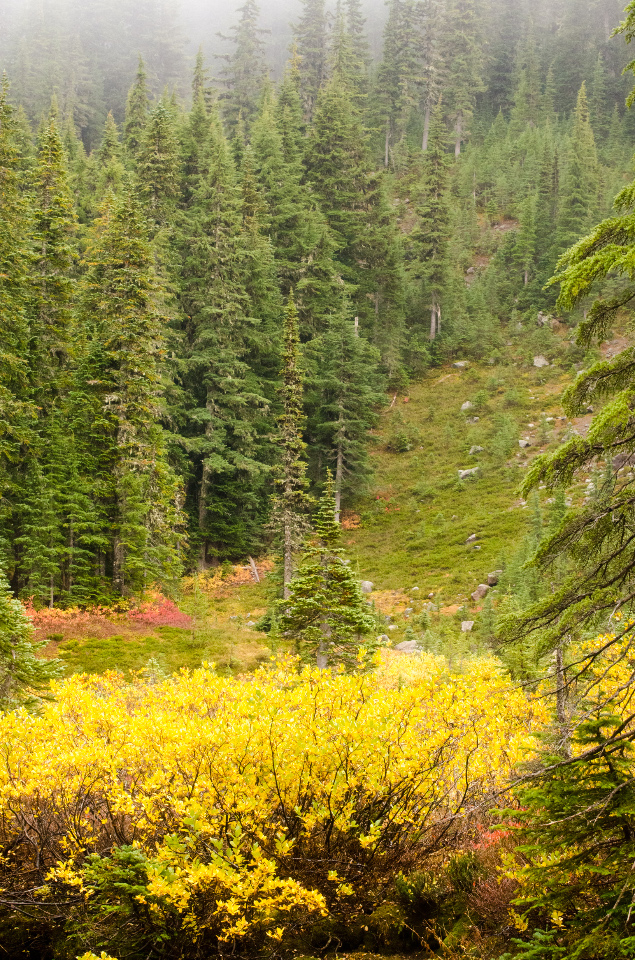 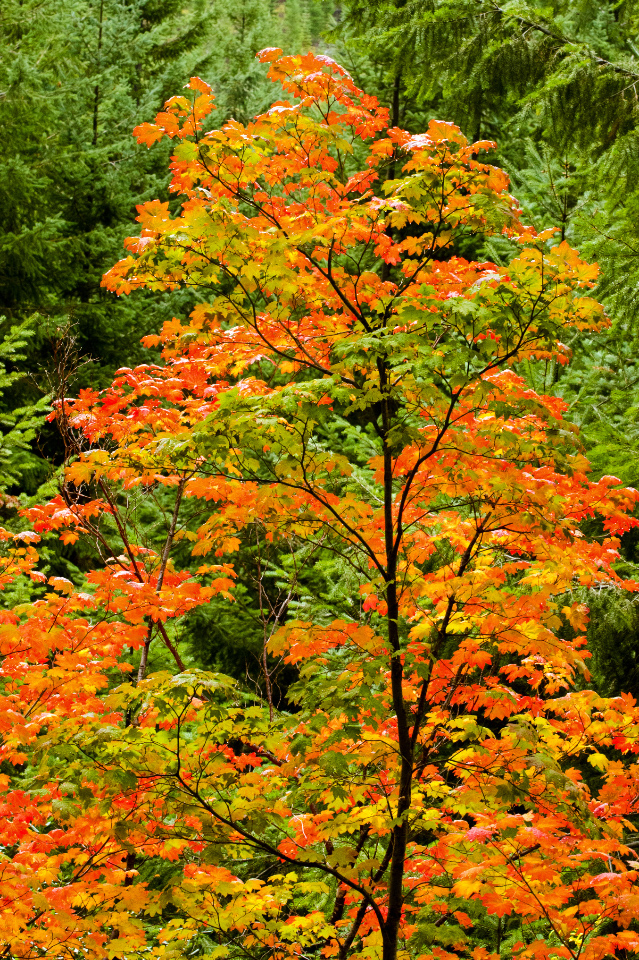 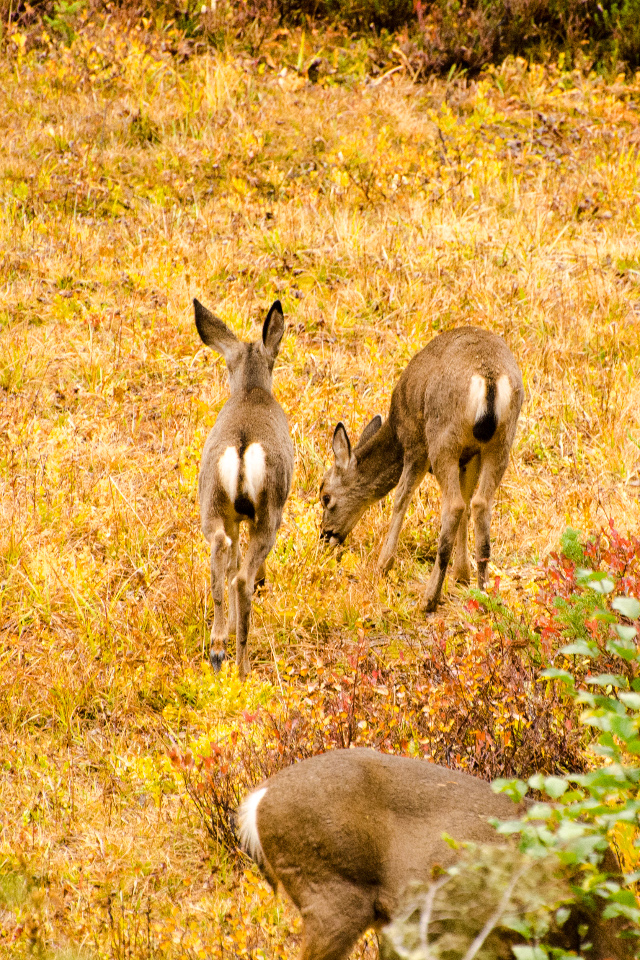 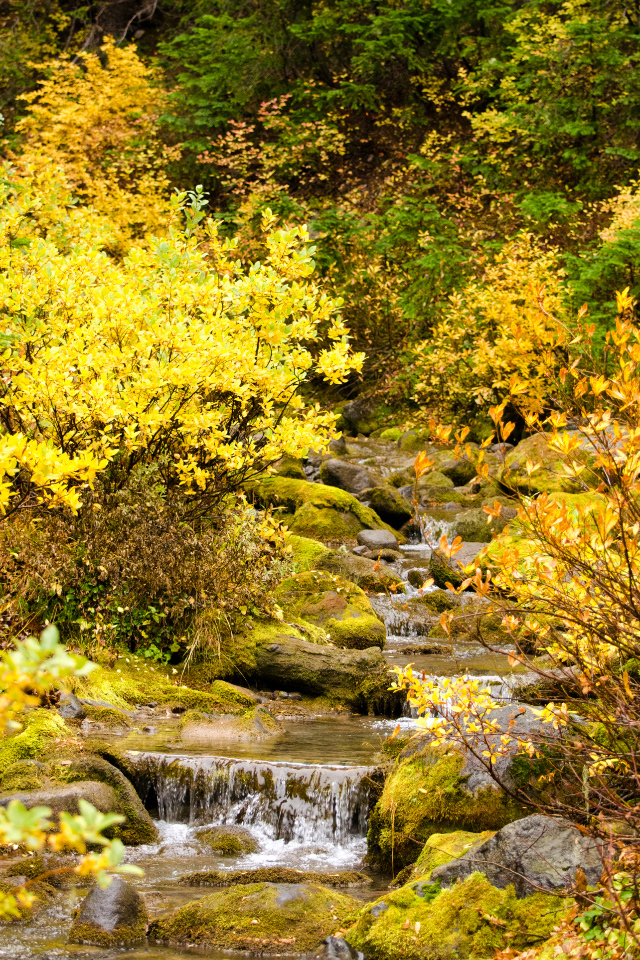 Small creek along the trail 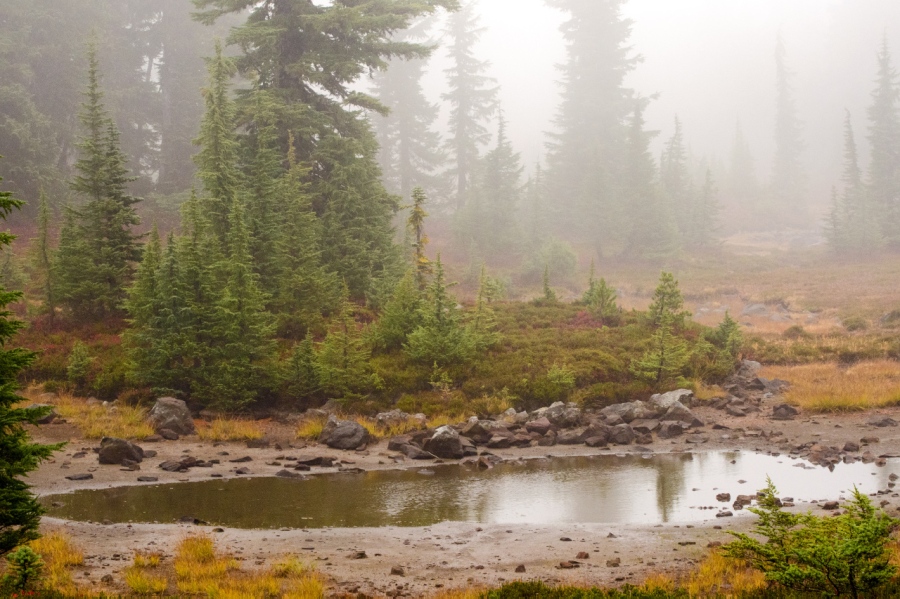 Twilight at a small tarn in Jefferson Park (It seemed like it, although it was the middle of the day) 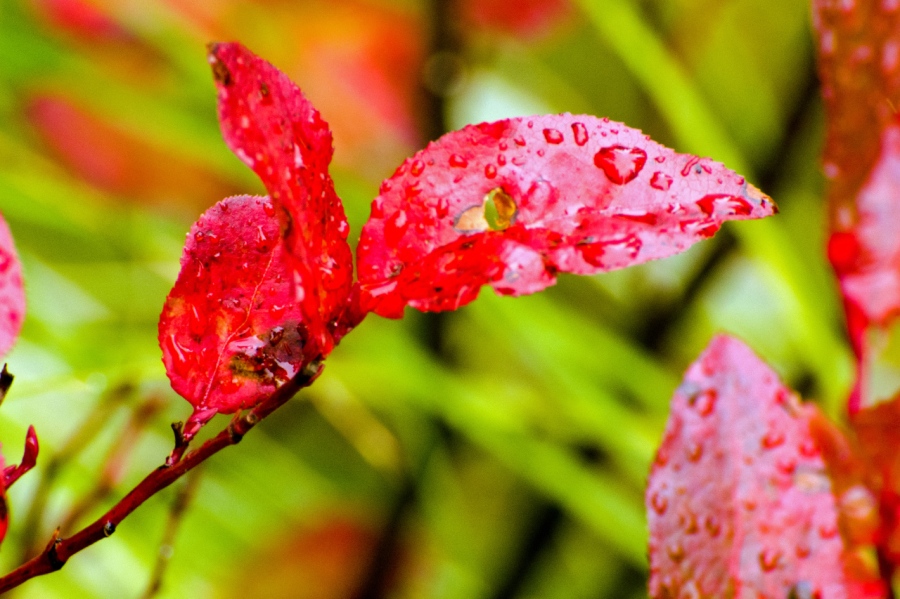 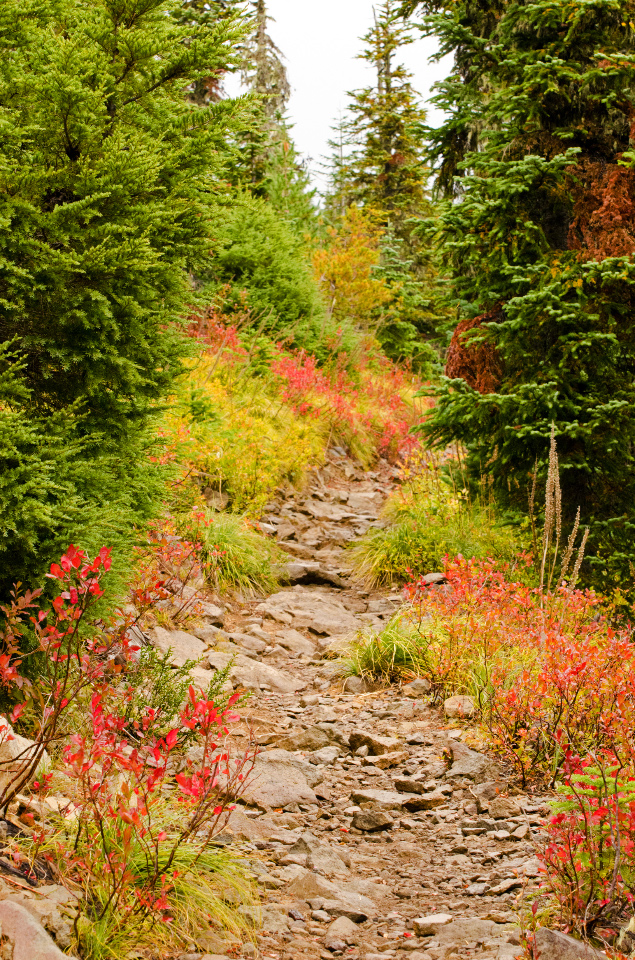 Huckleberries and Beargrass lining the trail 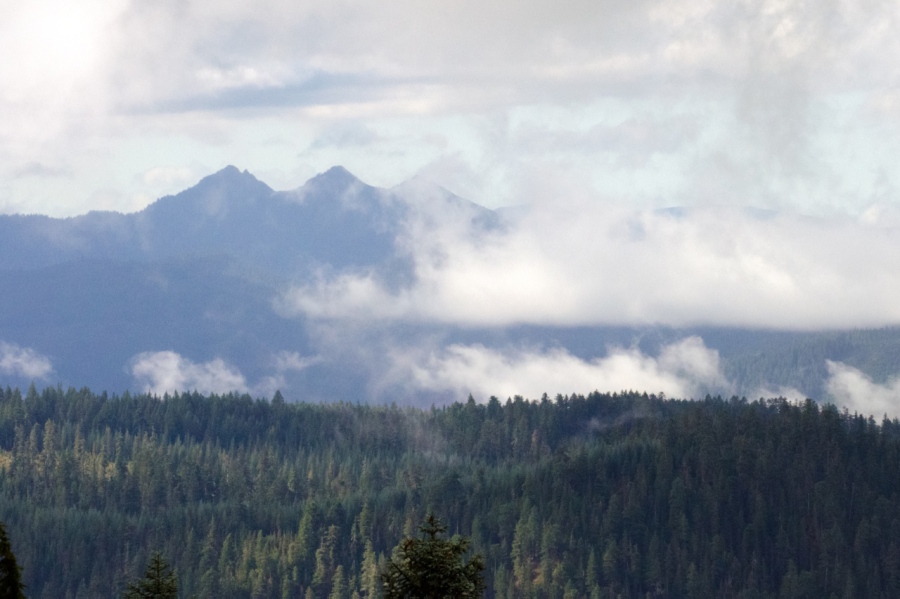 A stormy day in the mountains