Thanks to the Friends of the Columbia Gorge, I found an interesting destination several years ago and learned some history too.

An area along the western bank of the Klickitat River, now owned by the U. S. Forest Service, once belonged to England’s Lord Balfour.

The Lord Balfour would be happy to know the area is a great place to spot bald eagles in the winter.

There is a small creek on the property which forms a canyon where salmon spawn. The spawned-out salmon carcasses are viewed by the eagles as a fine dining opportunity.

On the first weekend of the new year we visited the area on a cold, windy and snowy day. After reaching the stream area we counted over one dozen bald eagles. Most of them were sitting in trees, but some were flying in the attempt to find more salmon to dine on.

It’s truly amazing when you consider in 1963 only 487 nesting pairs of Bald Eagles remained in the United States.

If you are interested in reading more about bald eagles, here is the website of an article of mine published in The Oregonian: http://www.oregonlive.com/outdoors/index.ssf/2013/01/winter_is_the_best_time_to_vie.html.

My Favorite Model bundled up for the outing 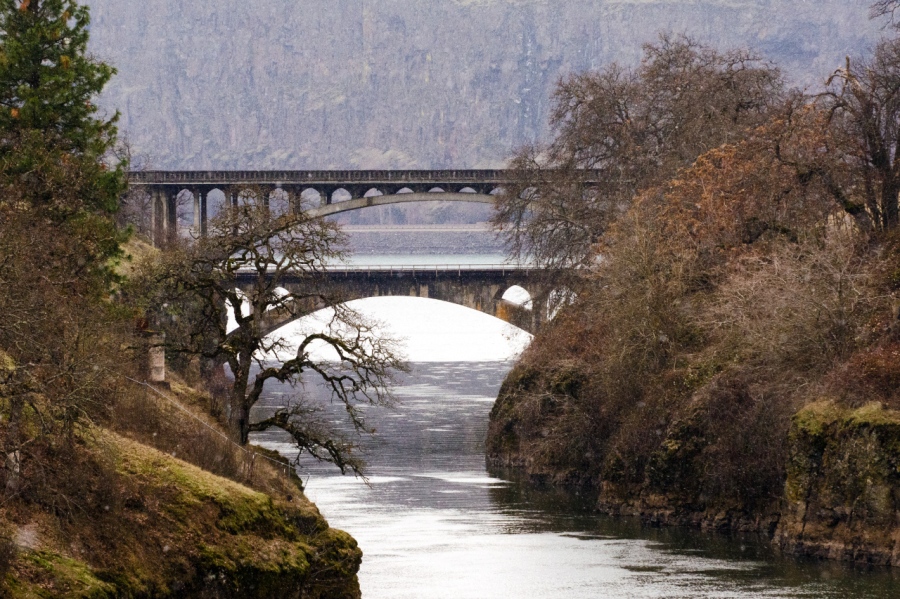 Highway 14 Bridge over the Klickitat River 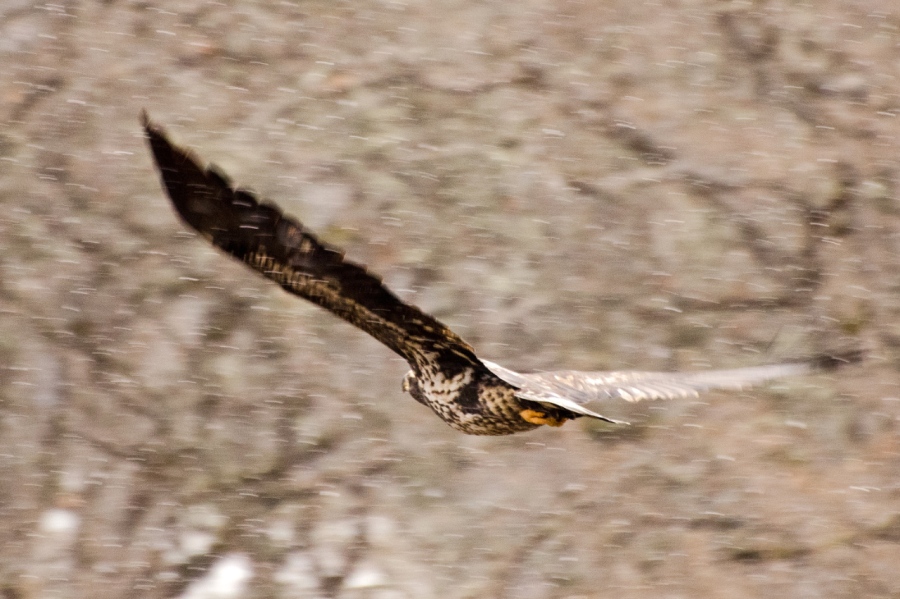 Immature Bald Eagle in flight through the falling snow

Old structure on the Balfour-Klickitat property (a well-fortified outhouse?)

Spotted Towhee looking for bugs under the leaves 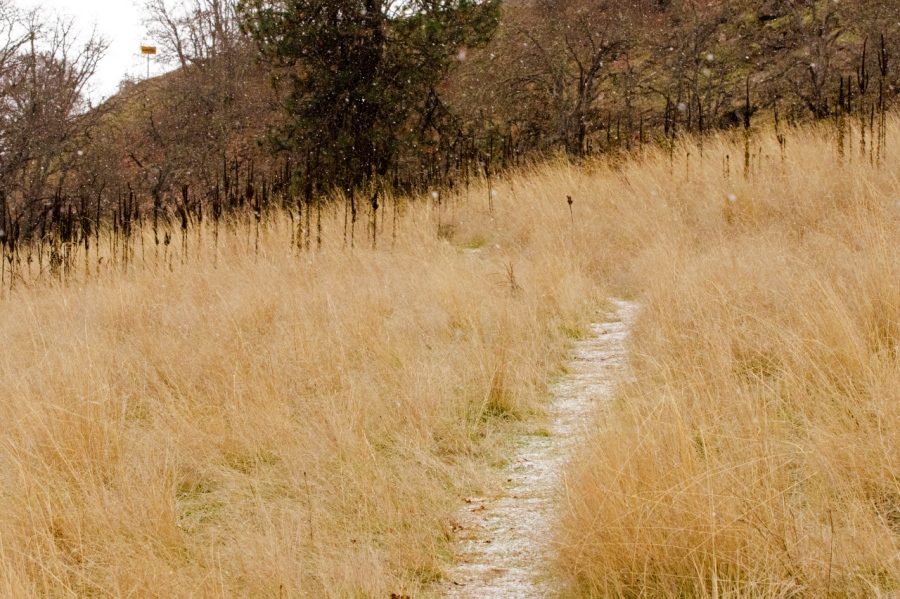