Early in July I journeyed to the Carty Unit of the Ridgefield National Wildlife Refuge. There were lots of young kids enjoying the Refuge, thanks to nice weather on a Saturday afternoon.

After crossing over a newly-constructed arched foot bridge above a set of railroad tracks, I walked north to a cedar plankhouse. It was built in 2005 as a representative of the 14 plankhouses observed by Lewis & Clark in a nearby Indian village.

This was the beginning of the Oaks to Wetlands Trail, a well-marked 2-mile path passing several lakes.

The large lakes along the trail had mostly turned to meadows. The large populations of migratory waterfowl that would have been seen in the winter were gone, many to Alaska.

Eventually the trail emerged on a butte overlooking much of the area.

As I walked back to the trailhead, I reflected on the nice job the US Fish and Wildlife Service and volunteers do to keep the Refuge in such fine condition. 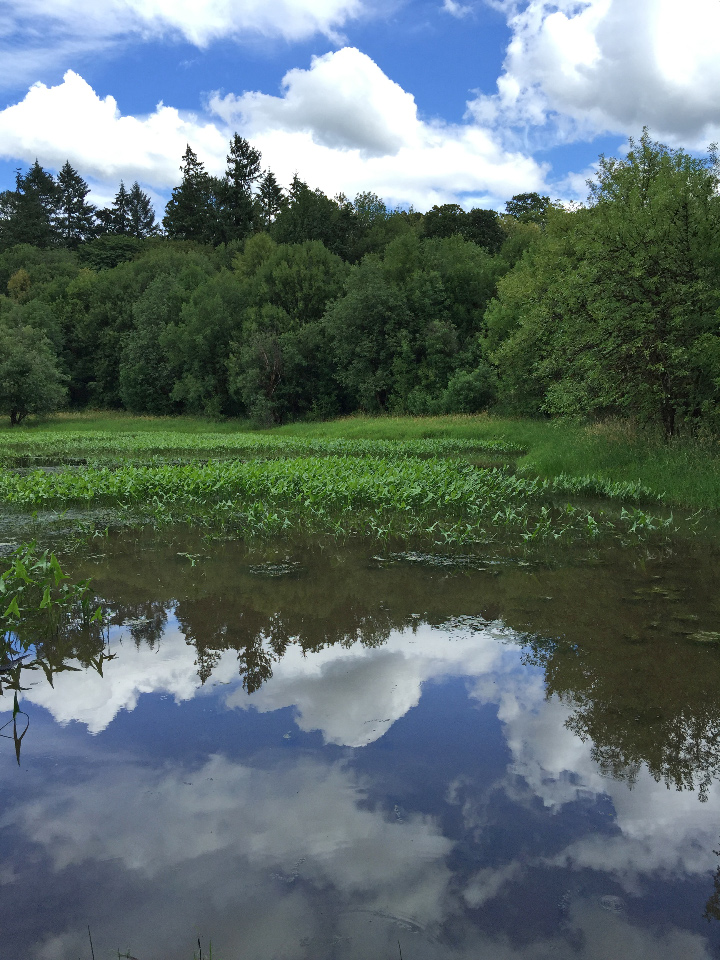 Large pond along the trail 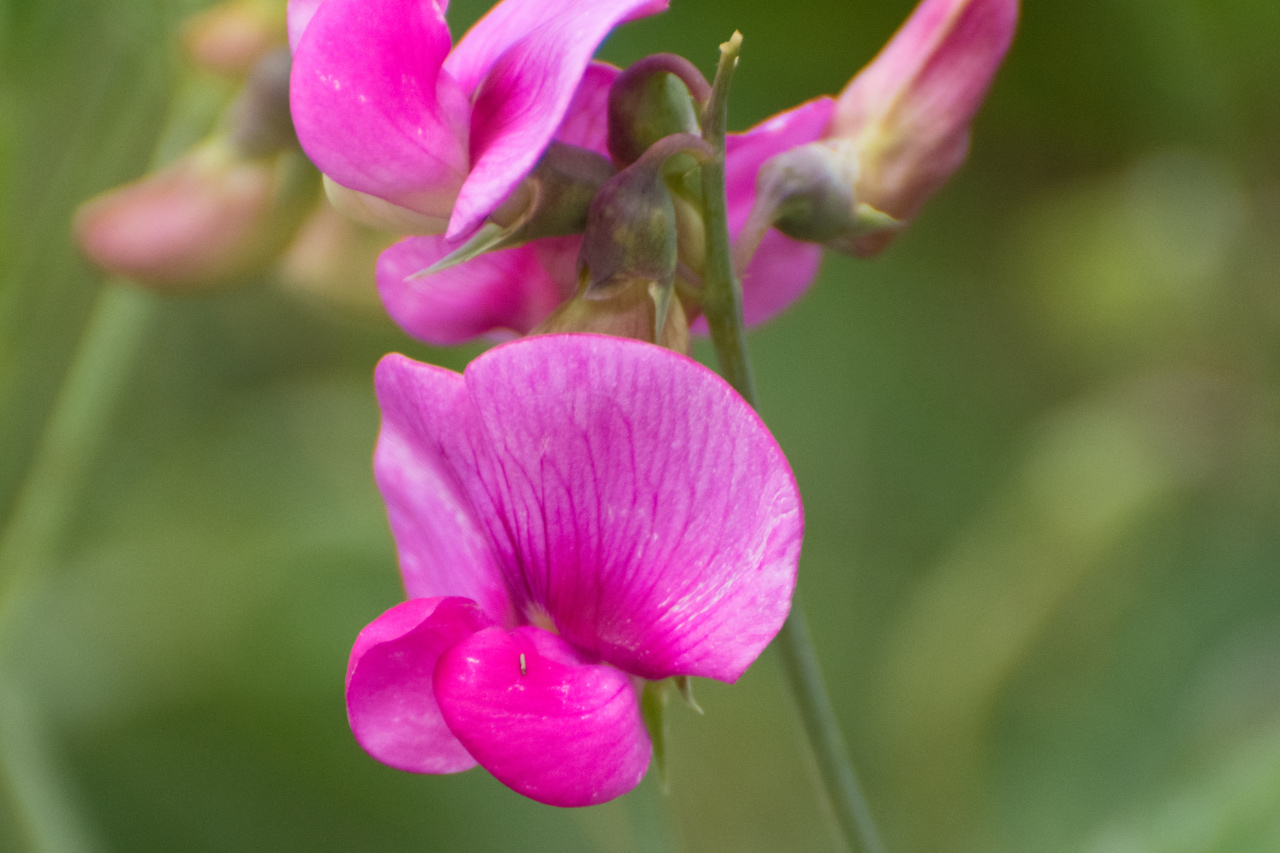