On one of the last days of November I went hiking in the Columbia River Gorge’s rain forest.

It was  cloudy and drizzly, wonderful weather for a low-elevation hike to several pretty waterfalls.

The outing began at the Herman Creek Campground east of Cascade Locks. In a little over one mile I had hiked over a ridge and down to a footbridge over Herman Creek.

The Herman Creek Canyon forms the east side of the 4,000-foot Benson Plateau (the Eagle Creek Canyon forms the west side.) I enjoyed the exceptionally beautiful area while hiking to the west, meeting the Pacific Crest Trail about 1,000 feet above sea level. In less than one-half mile the 40-foot Pacific Crest Falls was reached, two wispy waterfalls hidden in a dark canyon.

From there it was a short transverse across a large talus slope to a group of tall, crumbly rock spires near the Trail. After exploring the pinnacles, I headed west for another 1 1/2 miles to Dry Creek.

A short distance up the Creek was a grand waterfall, dropping 70 feet down basalt cliffs. I explored the area for a while, ate a light lunch and then began the trip back to the Trailhead.

All in all the hike was 9.5 miles in length with 1,700 feet of elevation gain.  A very pleasant way to spend an autumn day.

The trail crossing a large talus slope below the high cliffs

Into the wilderness on the Pacific Crest Trail 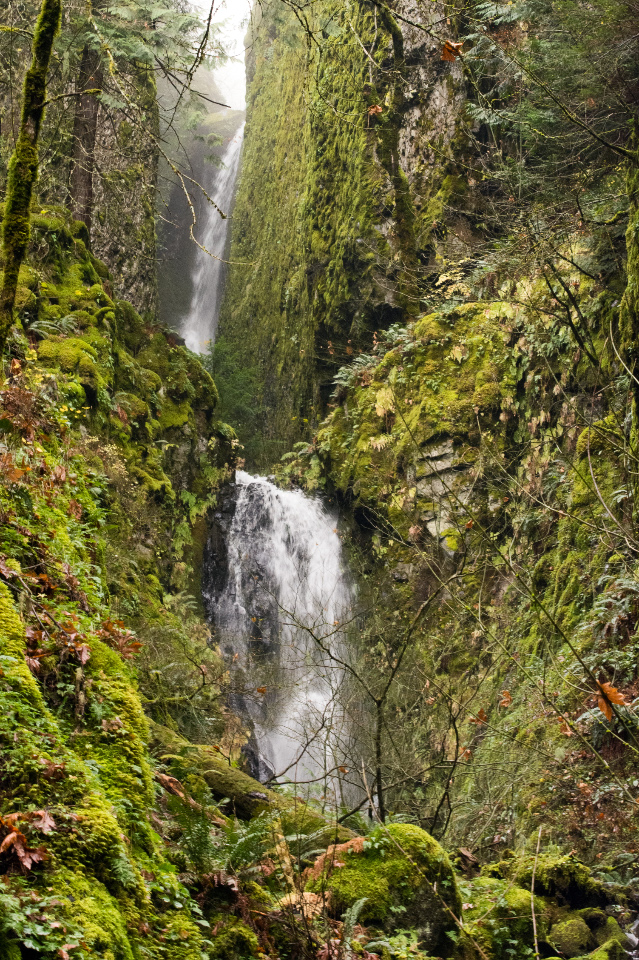 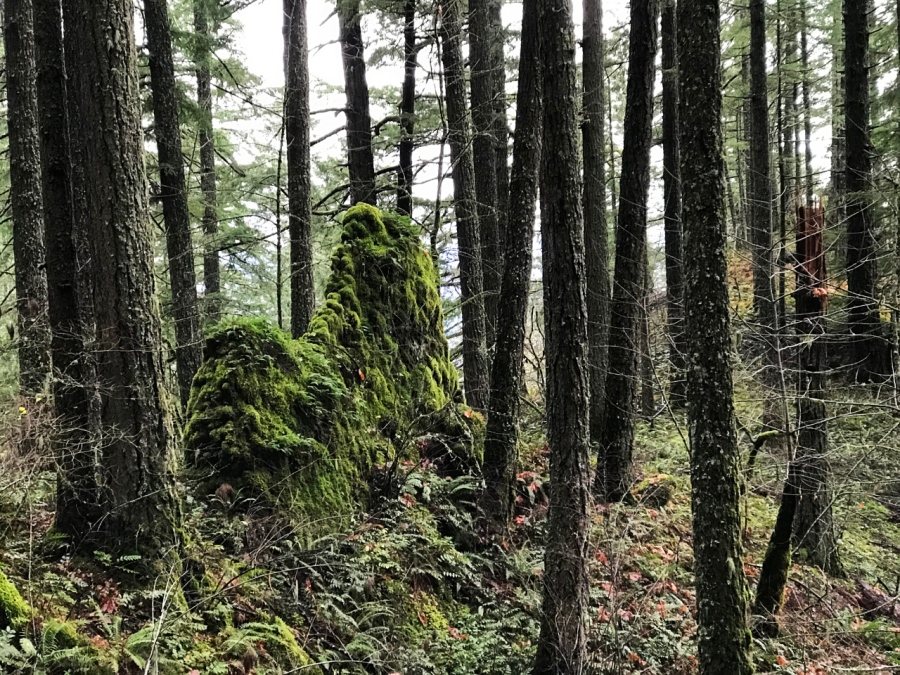 One of several large pinnacles along the trail