A Haven for Mosquitoes and Pikas 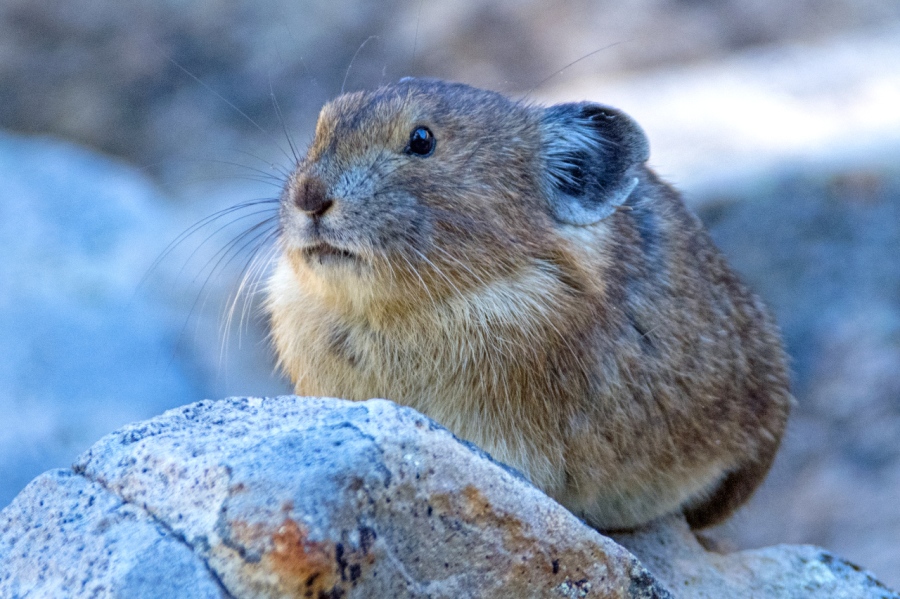 I drove to the Indian Heaven Wilderness, located southwest of Mt. Adams, early on a mid-July day. The Wilderness is situated on a high plateau, averaging about 5,000 feet in elevation, with many open meadows and over 150 lakes.

After parking at the East Crater Trailhead on the south side of the Wilderness, I began hiking northwest. Soon I began passing small ponds covered in floating grasses.

Huckleberry bushes were everywhere but not a berry in sight. In another month or so the huckleberries will be at their prime in the higher elevations.

There were signs along the Trail of a 2017 small wildfire that burned up the southern slopes of East Crater Mountain.

At 2 1/2 miles Junction Lake was reached, the first of many larger lakes along the Trail. I then took a very pleasant four-mile loop through large meadows and by multiple lakes. Lemei, Clear, Deer, Elk and many smaller lakes were passed.

Even though I had covered my exposed skin with Ben’s insect repellent wipes, the mosquitoes had just about worn me down. Clearly, other hikers/backpackers/campers had faced the same situation. As a consequence, I did not see one backpacker’s tent, nor were there many cars parked at the Trailhead.

Indian Heaven (mosquitoes or no mosquitoes) remains one of the prettiest wilderness areas near Portland.

Pine Siskin on the fly 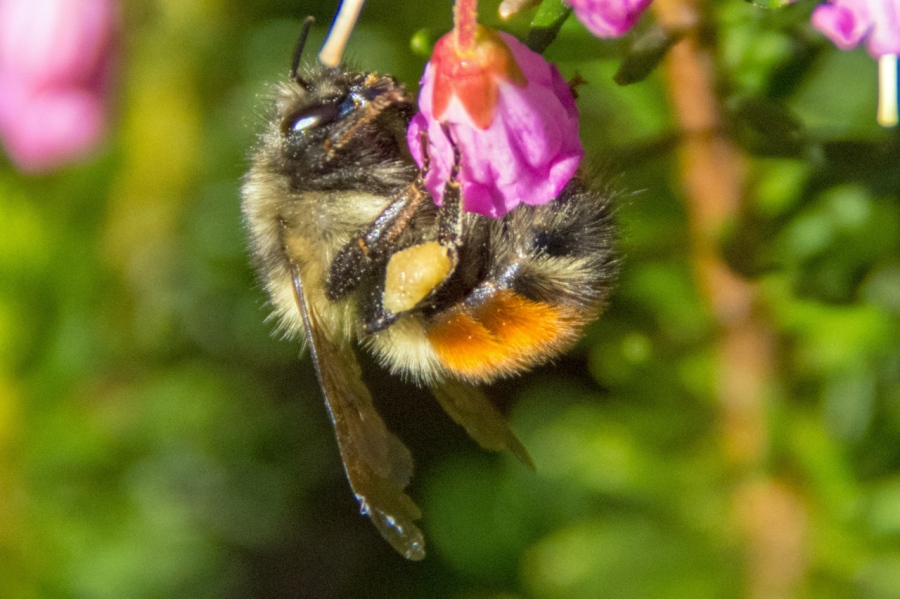 Entrance to the WIlderness

Small lake along the Trail 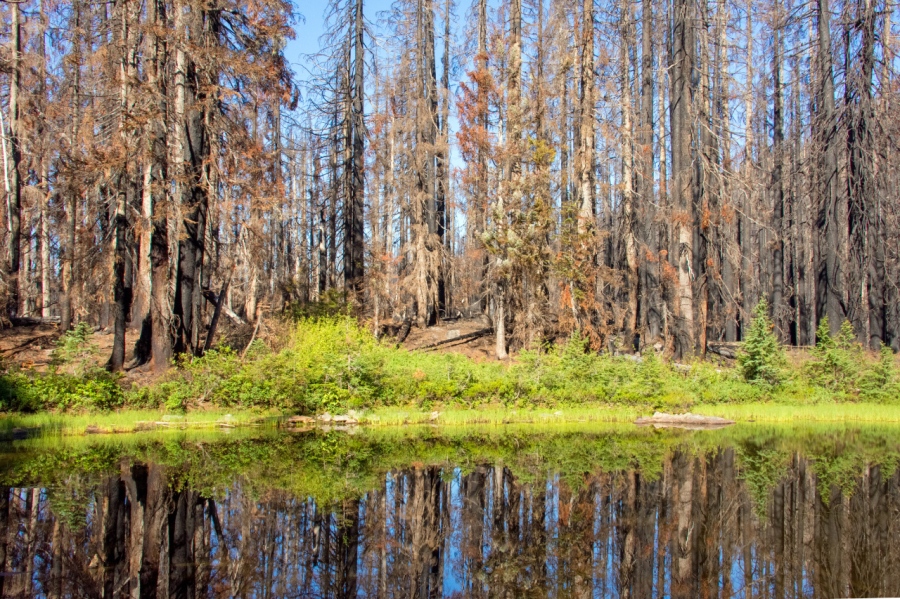 One of several large meadows 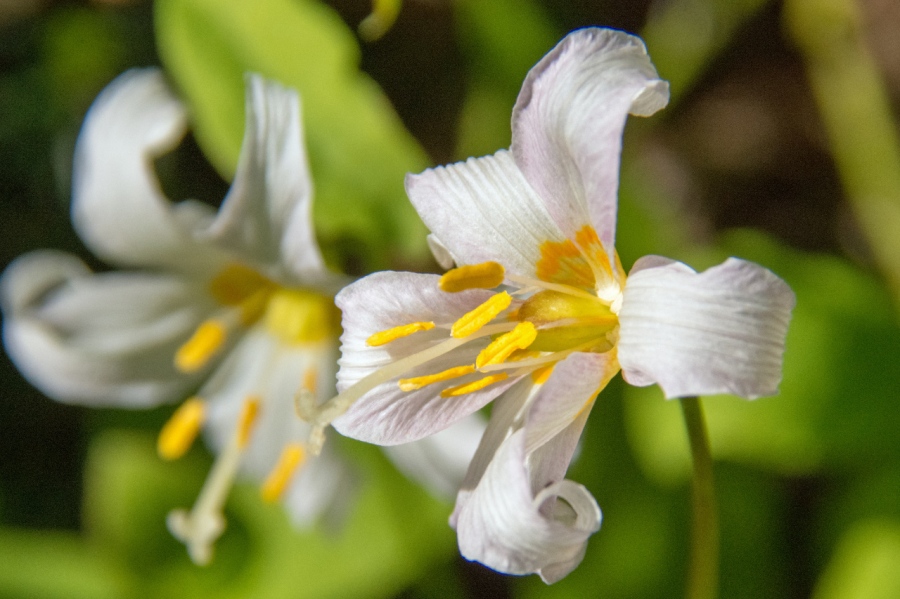