By John Carr3 weeks ago

It was forecast to be a pretty summer day in Portland. What better time to drive to the Paradise Park Trailhead at Timberline Lodge on Mt. Hood? Paradise Park is a series of large alpine meadows on the west shoulder of Mt. Hood around 6,000 feet in elevation. It’s one of the Pacific Northwest’s most popular hiking destinations in late July and August when the alpine meadows are covered with wildflowers.

A short trail climbs several hundred feet above the Lodge before reaching the Pacific Crest Trail. I began heading west on the PCT at an easy pace through scattered fields of wildflowers until reaching the top of the Big Zigzag Canyon. Much of the remaining route of the hike was visible from this viewpoint, including Mississippi Head and Zigzag Glacier. 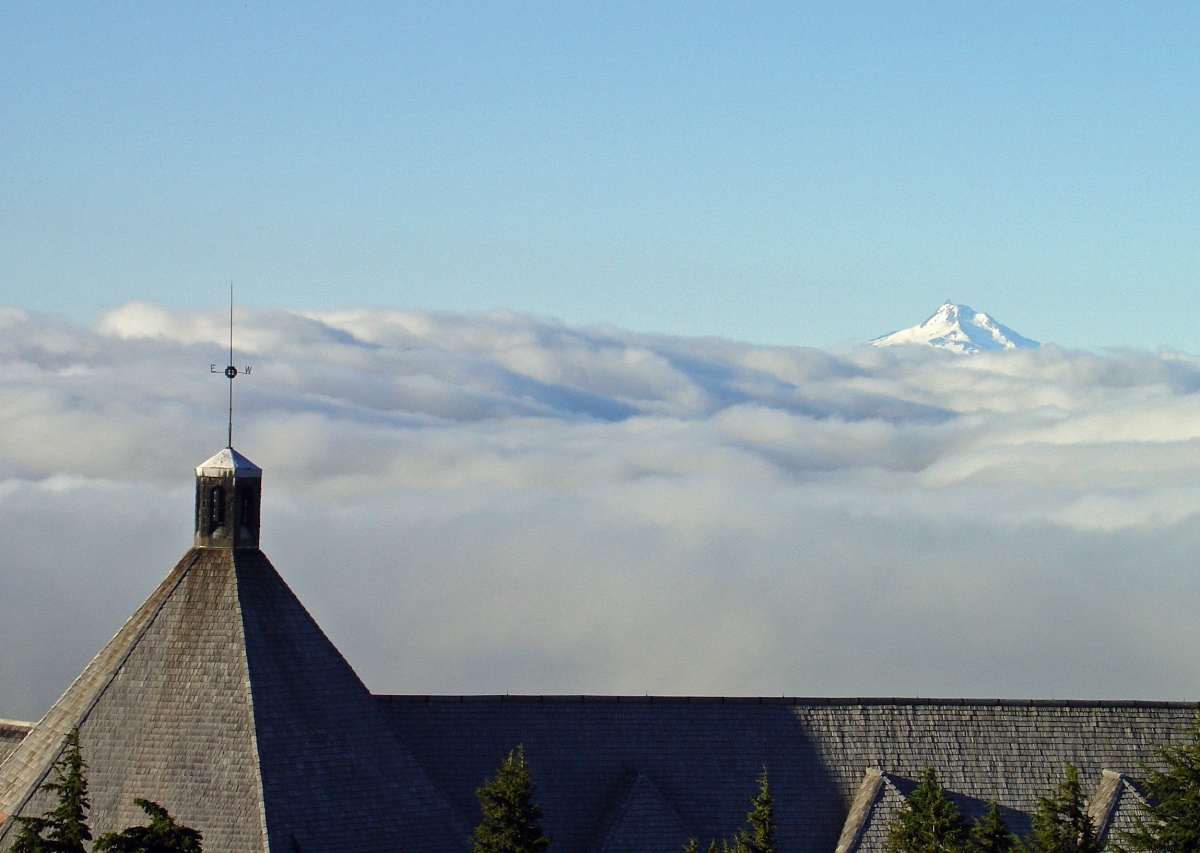 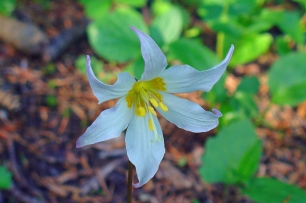 Avalanche Lily, Old Man of the Mountain, Monkeyflower and Bistort

The Trail descended 700 feet to the bottom of the Canyon where a creek must be forded. The Trail now began the 1,100 feet climb to Paradise Park. Upon reaching the Park, I had hiked 4 1/2 miles and had almost made it back to the same elevation as Timberline Lodge. Rising above was the summit of Mt. Hood.

The Park is famous for its fields of wildflowers, but not this time. I was a little early for the wildflower show, although there were many colorful wildflowers in bloom on the ascent to the Park. 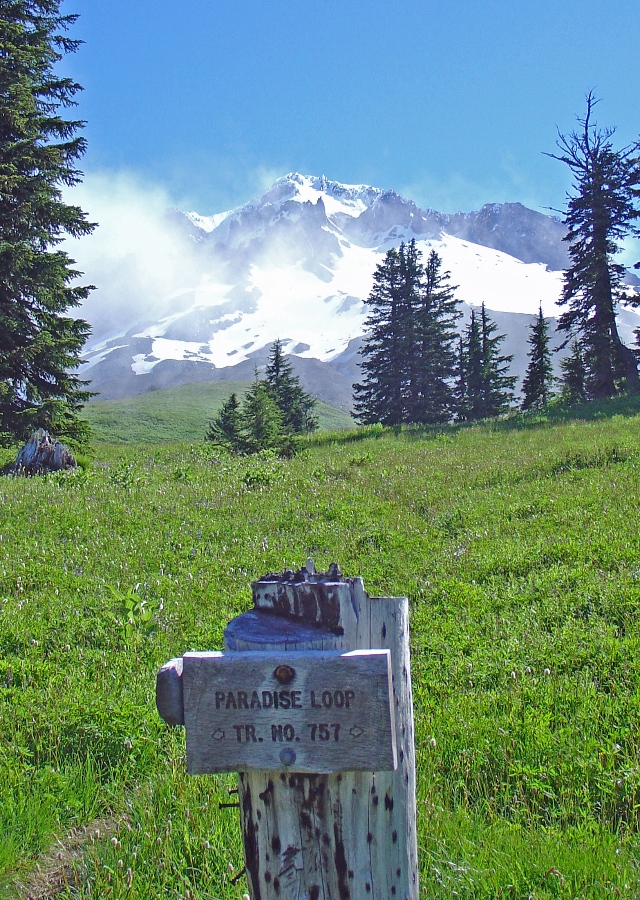 Wildflowers along the trail ascending to Paradise Park 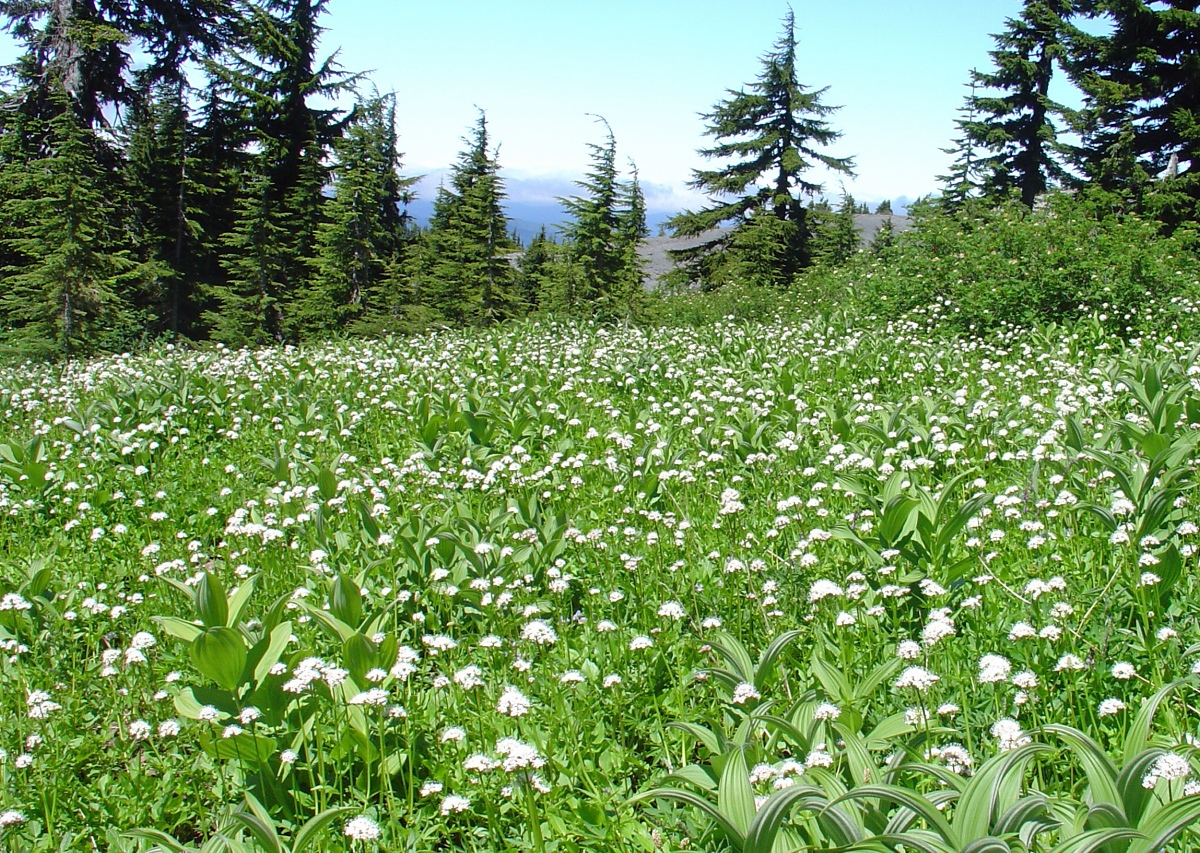 I left established trails and began ascending a faint mountain climbers’ path up the meadows before hitting the glacial moraine below Zigzag Glacier. I now began to steeply climb over melting snow fields, and rock and debris left by the retreating glacier. I stopped at the top of 7,200-foot Mississippi Head (a large, dark rock formation visible from Portland).

The views were spectacular of Zigzag Glacier, Illumination Rock and the varying hues of the Mountain’s summit. After eating a light lunch and taking many photographs, I began the hike back to the Lodge. A fantastic day!

Mt. Jefferson and the Sisters from Mississippi Head 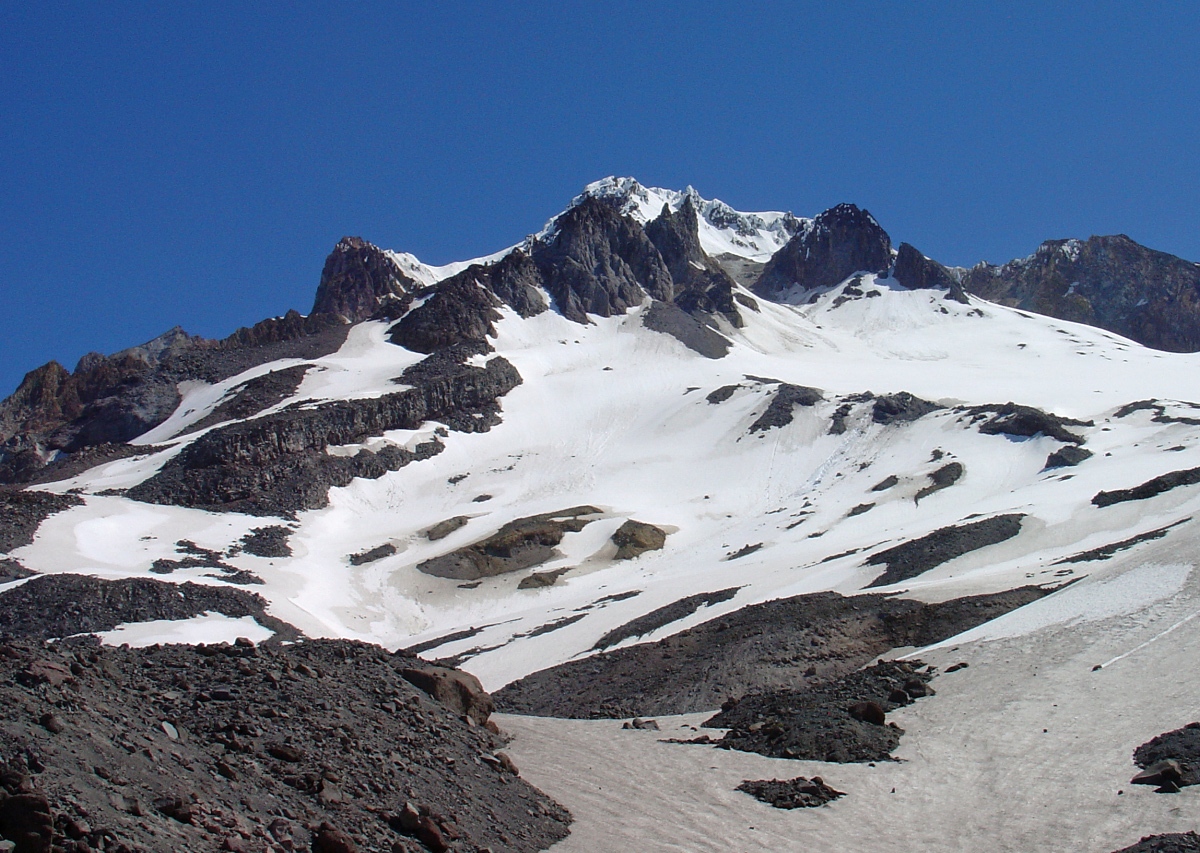 Summit of Mt. Hood from above Mississippi Head 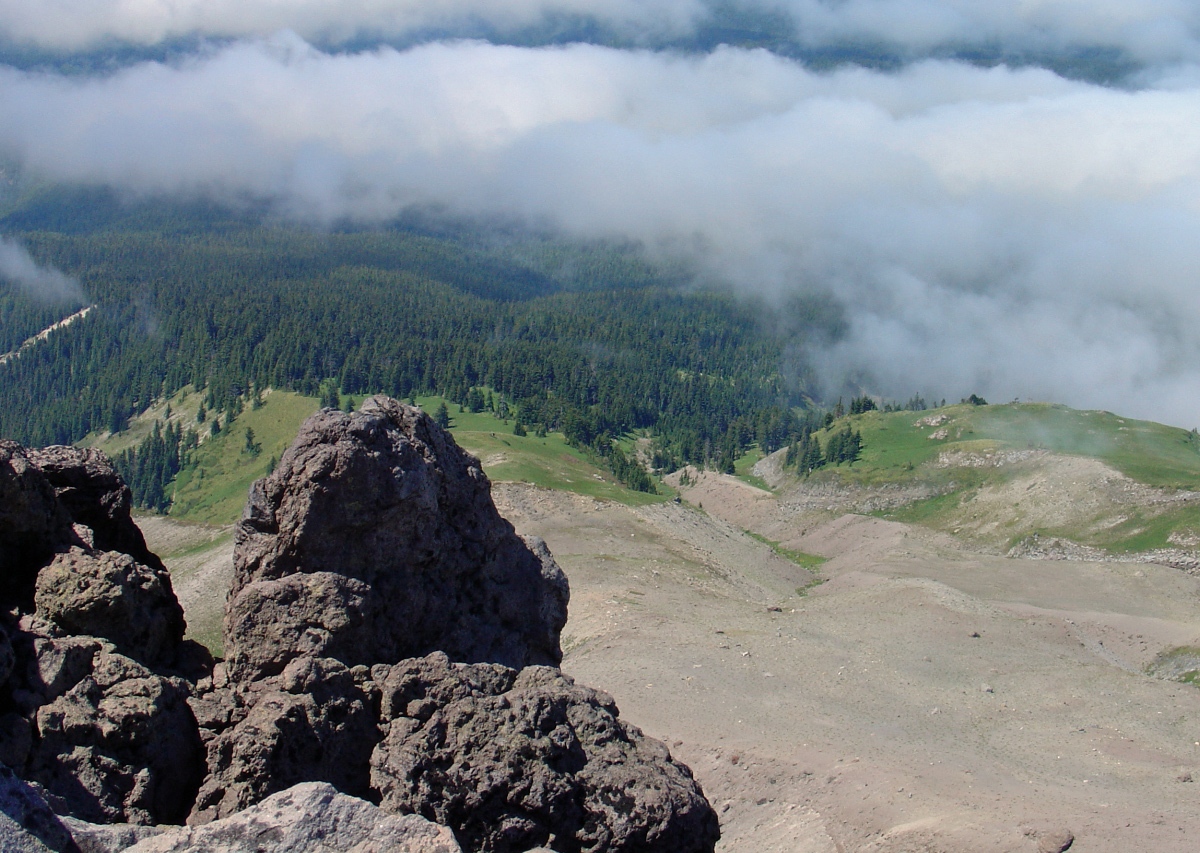 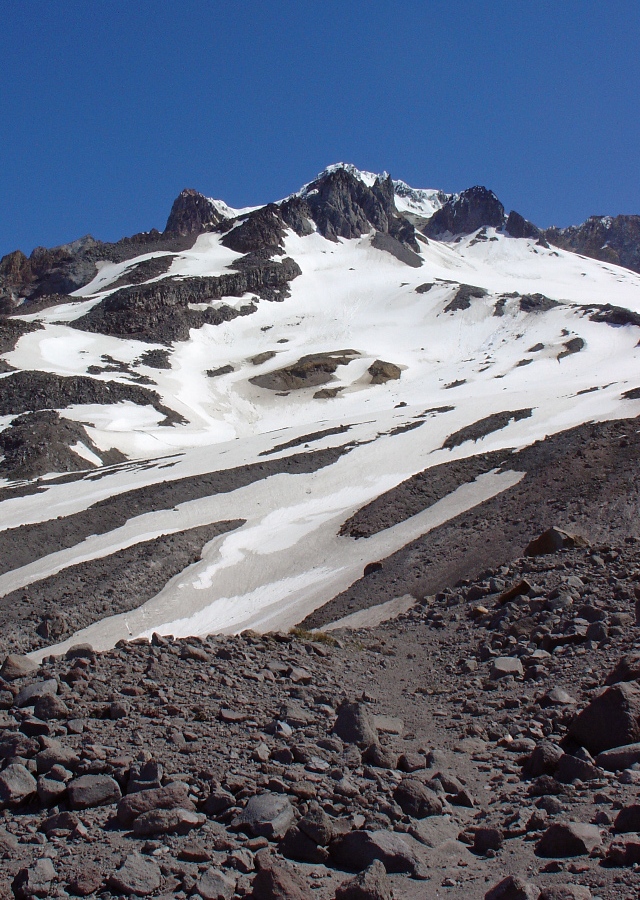