It had been four years since I hiked to the north end of Sauvie Island, about 20 miles northwest of home. The south end of the 40 square-mile island is an agricultural area, but the north end is managed for wildlife.

After hiking three miles along the sandy beaches and old roads, I reached the small Warrior Rock Lighthouse. Along the way I was treated to tundra swans, several bald eagles, many Indian plums in bloom and shipping traffic on the Columbia River.

After fighting through one-half mile of blackberry patches and frightening a few blacktail deer, I reached the tip of the Island overlooking the little town of St. Helens, Oregon.

After lunch I wandered through the interior of the Island for awhile before returning to the sandy beach for the pleasant return hike to the Trailhead. 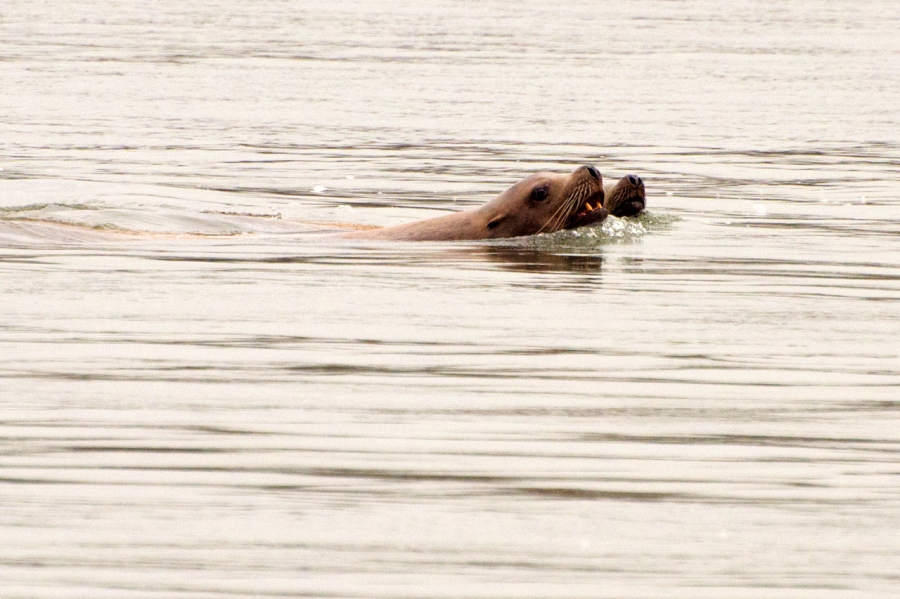 Sea Lions on the prowl for Spring Chinook Salmon 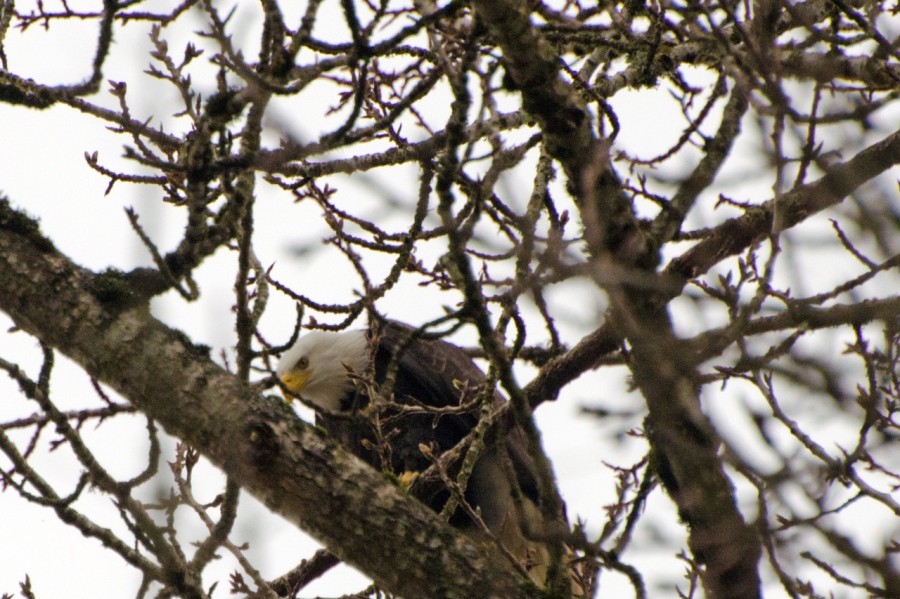 A Bald Eagle keeping a close eye on me

The trail leading through the woods 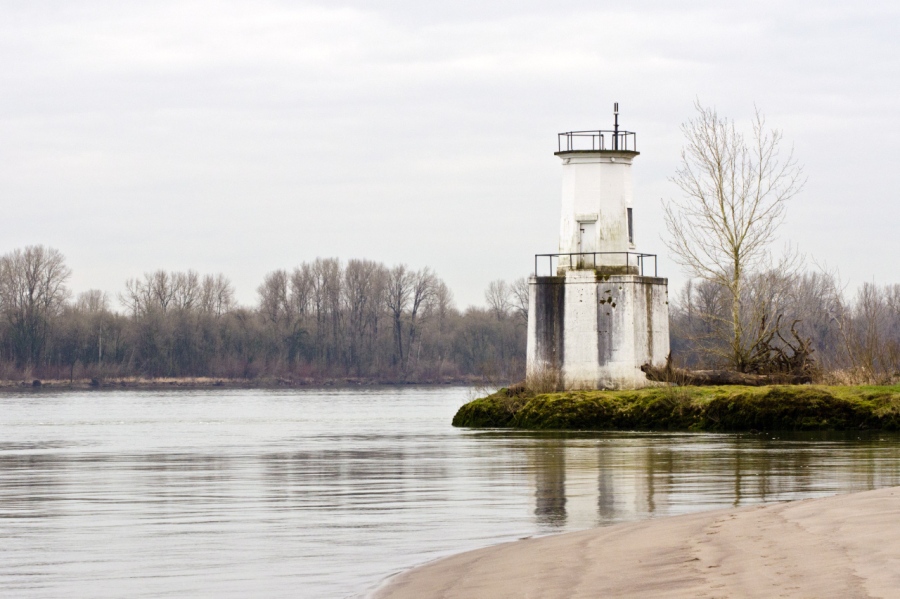 The small lighthouse near the end of the Island

Empty cargo ship heading up the Columbia River to Portland 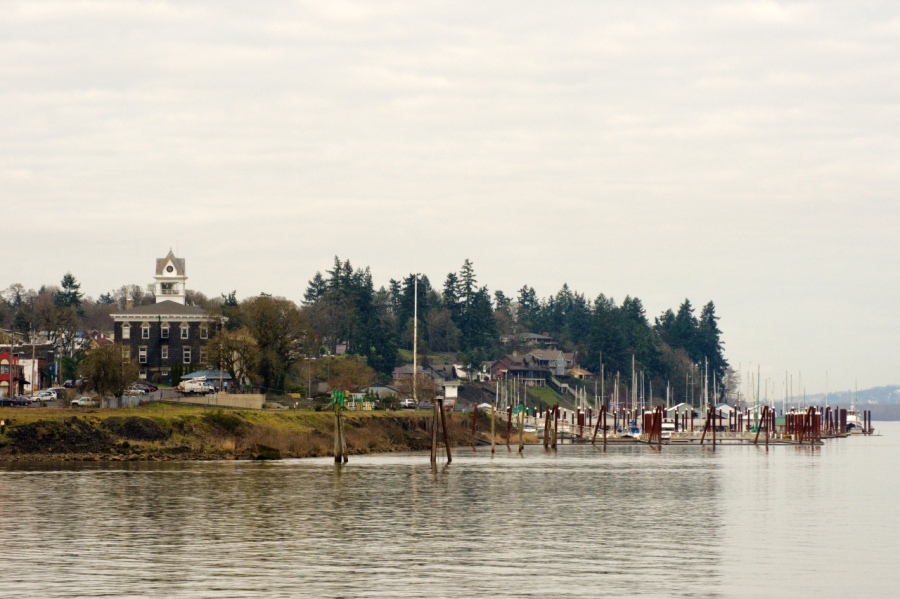 The small town of St. Helens