Exploring the Westside of Portland – I

Most of my photography takes place while hiking in wilderness areas in the Pacific Northwest. I also enjoy outings in urban areas from time to time.

On a nice, sunny weekend day in mid-February, I did a pleasant 14-mile loop hike from Portland Heights. The goal was to take photos capturing the essence of Portland in the wintertime.

After passing through the Portland State University campus, I stopped at the Farmers’ Market. Fresh carrots, kale, goat cheese, seafood, lamb, organic peanut butter – – – it was enough to make anyone hungry.

I continued downward to the Willamette River to seemingly another world. What a cosmopolitan mix – – – runners, bicyclists, skateboarders, moms with strollers, homeless camps on land and water, cherry blossoms, tattoos, piercings, many colorful languages being spoken and, just to remind me that I was still in the Pacific Northwest, there were a few salmon fishermen on the Willamette River.

After crossing the Willamette River, I turned north on the Esplanade which extends 1 1/2 miles and includes a floating walkway, the longest one of its kind in the United States.

Crossing the River again on a walkway underneath the Steel Bridge, I headed north along the River and did a long loop through the Pearl District.

The second one-half of my photographic journey will be in the next blog post.

One of many flights of public stairs in Southwest Portland 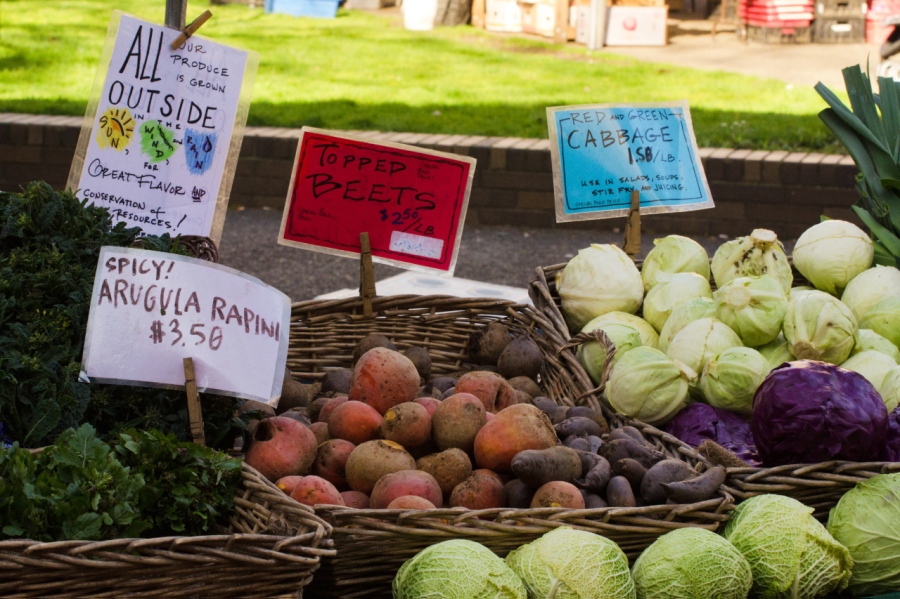 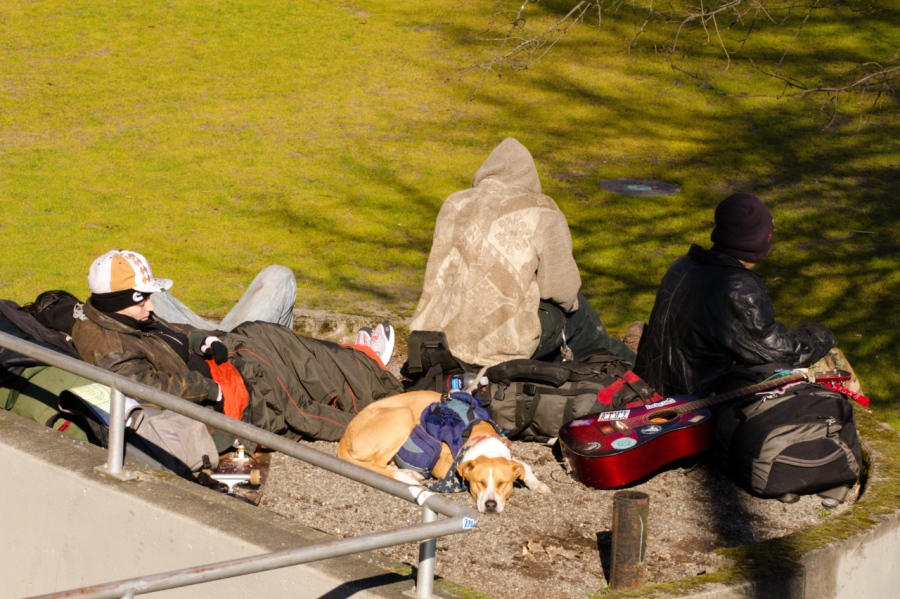 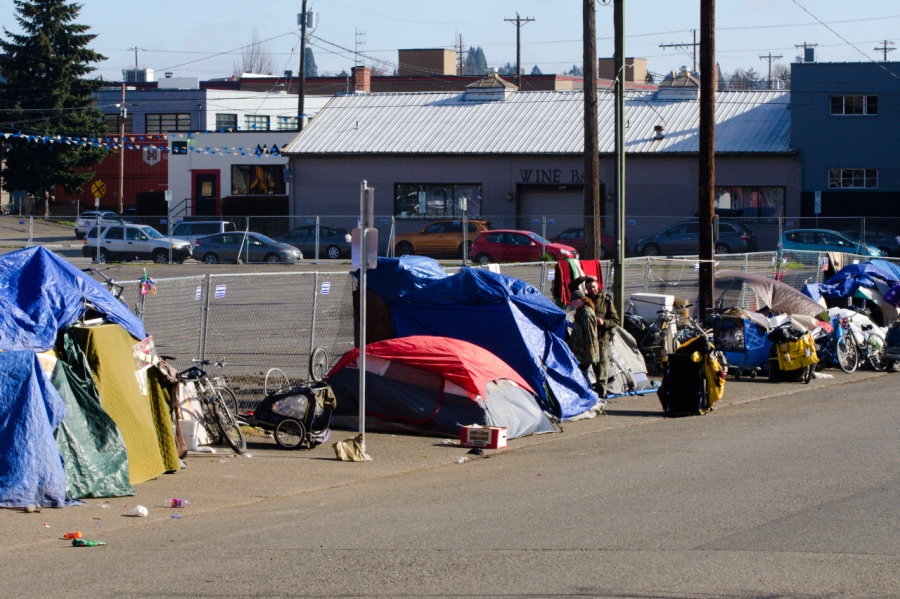 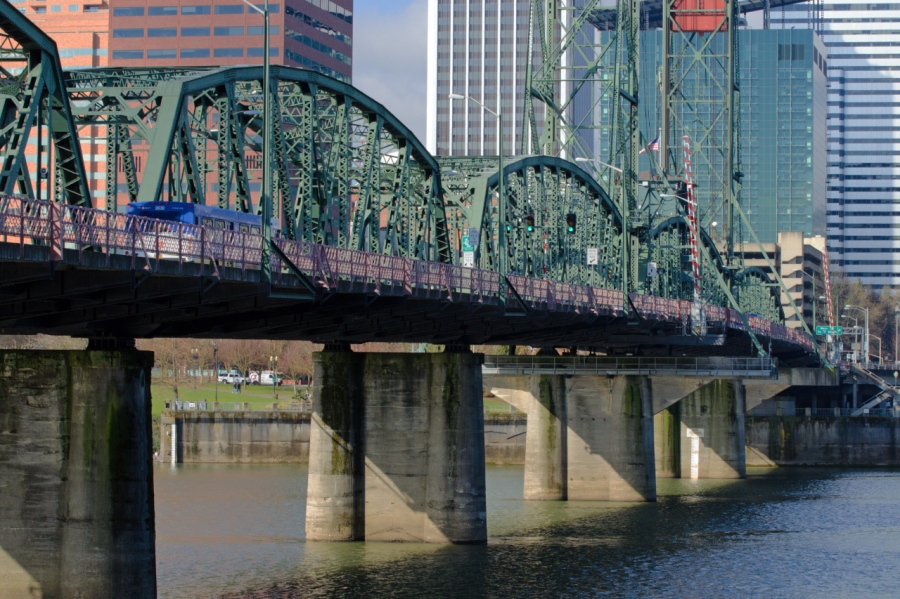 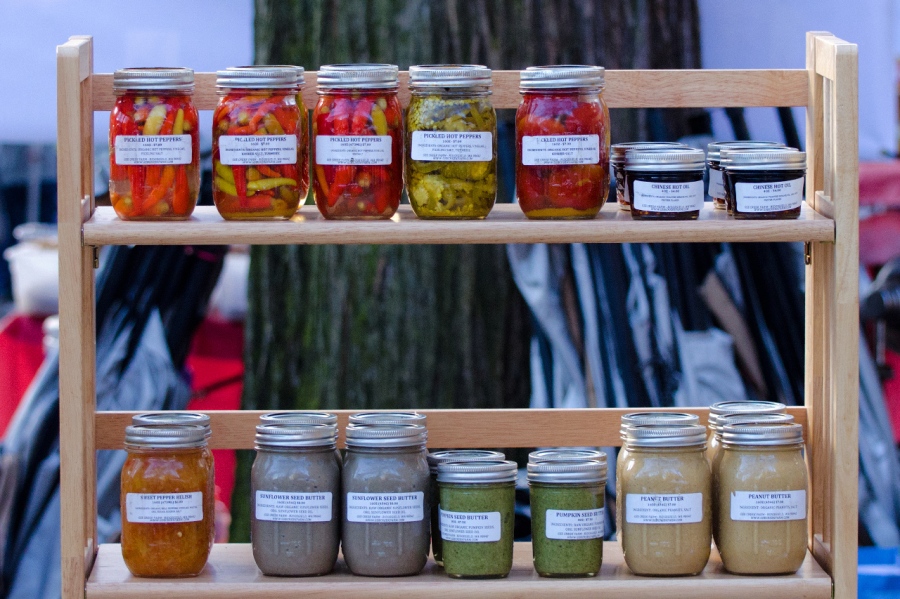