Reaching the Summit of the Third Highest Peak in Northwest Oregon

On a hot mid-summer’s day I hiked to the top of 7,215-foot Olallie Butte about 10 miles north of Mt. Jefferson. The only downside was a wildfire burning on Mt. Jefferson which was causing much haze in the area.

The Butte, the third highest peak in Northwest Oregon, is the remnants of an old shield volcano with large basalt rock pinnacles exposed on its east side.

After about three miles the trail left the sub-alpine forest and swung around to the southwest side of the Butte, providing views of a hazy Mt. Jefferson and the myriad of lakes on the Olallie Plateau. Black and red volcanic rocks of all sizes covered the alpine landscape on the upper Butte with whitebark pine and alpine spruce becoming the dominant trees.

From there it was a short, but steep climb to the top which covered an area the size of a football field. On the north end was the remains of an abandoned fire lookout cabin built of volcanic rock with Mt. Hood visible in the background.

It is truly a special place. 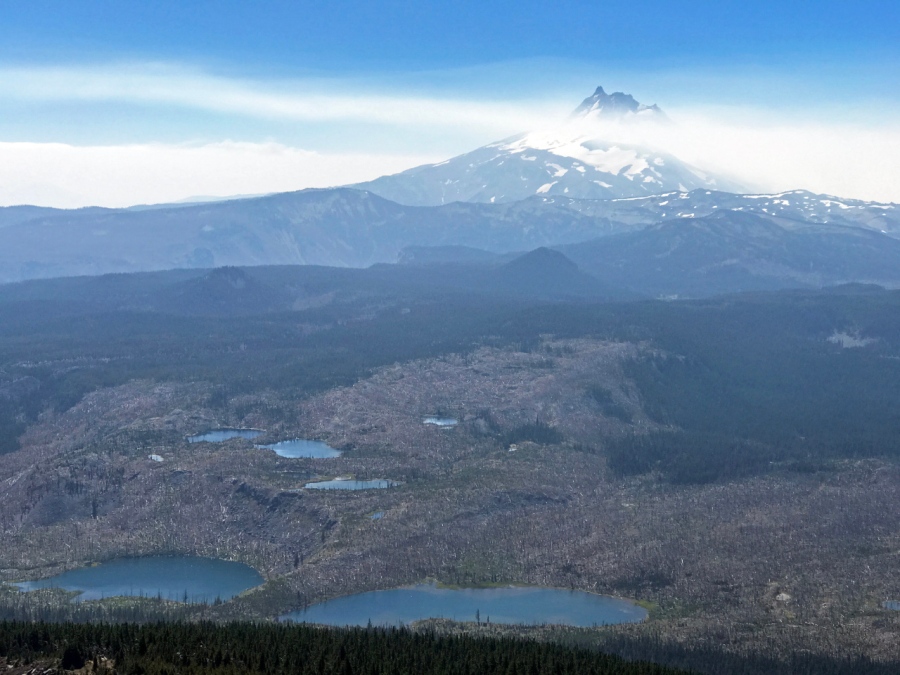 A very hazy Mt. Jefferson behind the Olallie Basin (Smoke from a wildfire on Mt. Jefferson, aided by a large wildfire in the Sisters’ area, makes for a photographic challenge) 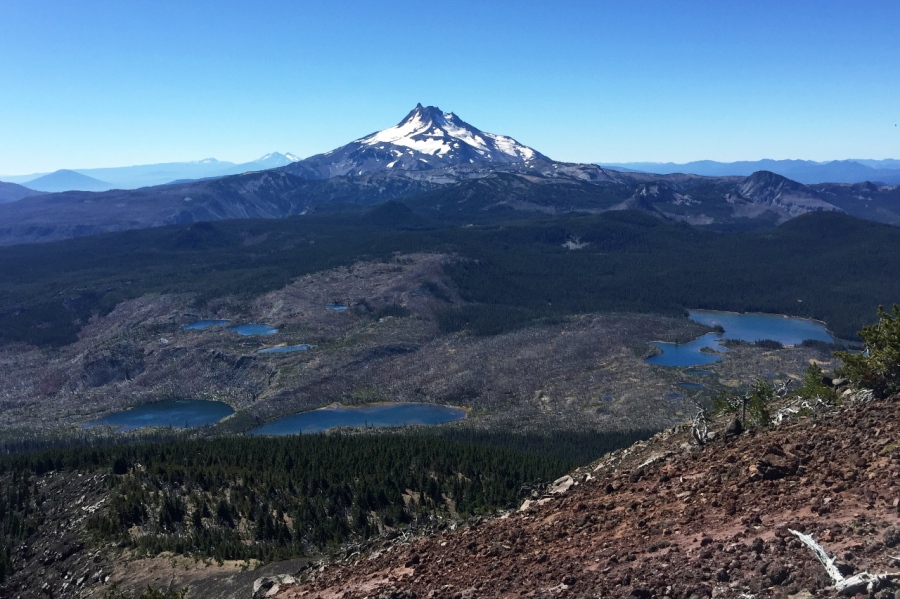 A ringer from my hike last year to Olallie Butte (Mt. Jefferson behind the lakes in the Olallie Basin) 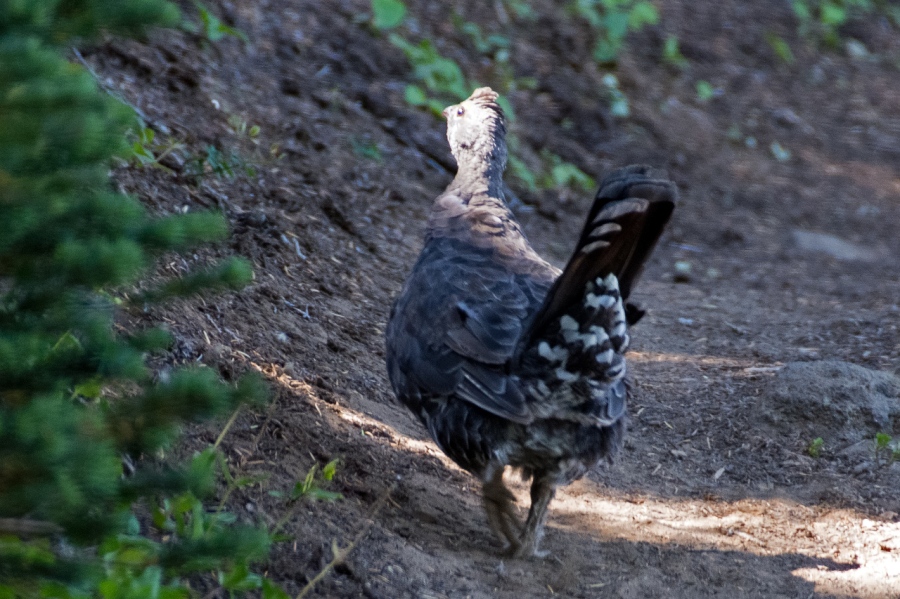 Blue Grouse on the trot

Looking down about 3,000 feet to a hazy Olallie Lake

The steep view up the side of the summit block 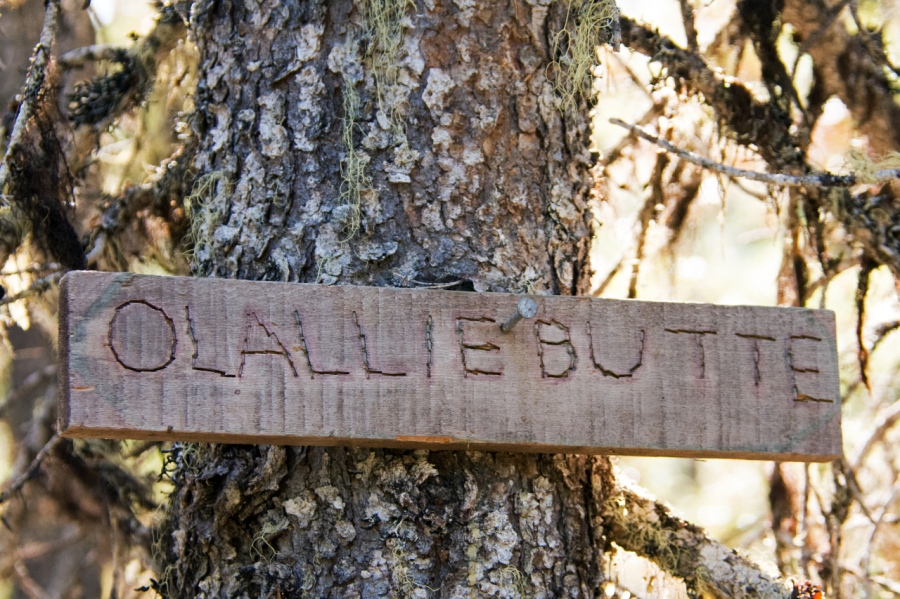 The only signpost to the trail