Jefferson Park is a series of large alpine meadows below the western summit of 10,497-foot Mt. Jefferson. There are many small to larger lakes sprinkled throughout the area. On a warm, sunny summer day it is one of the most popular hiking/backpacking destinations in the Pacific Northwest, and rightly so.

In early October I drove to the Whitewater Trailhead on the western boundary of Mt. Jefferson Wilderness. The trail had been closed for two years due to a 2017 intense wildfire covering 22 square miles in the area.

For the first several miles the Trail climbed through burnt trees before reaching a ridge and later passing through a saddle.

At four miles the Pacific Crest Trail was met. Heading north on the PCT, Jefferson Park arrived in less than one mile. I had left the burnt trees behind and now was rewarded with large stretches of huckleberry bushes turning red.

I continued to hike north through the meadows to Russell Lake, passing Scout Lake on the way. The magnificent summit of Mt. Jefferson was only 2 1/4 miles in the distance as the crow flies.

On the return hike to the car I was entertained near a rockslide by a pika. It seemed to be greatly enjoying the sunshine. 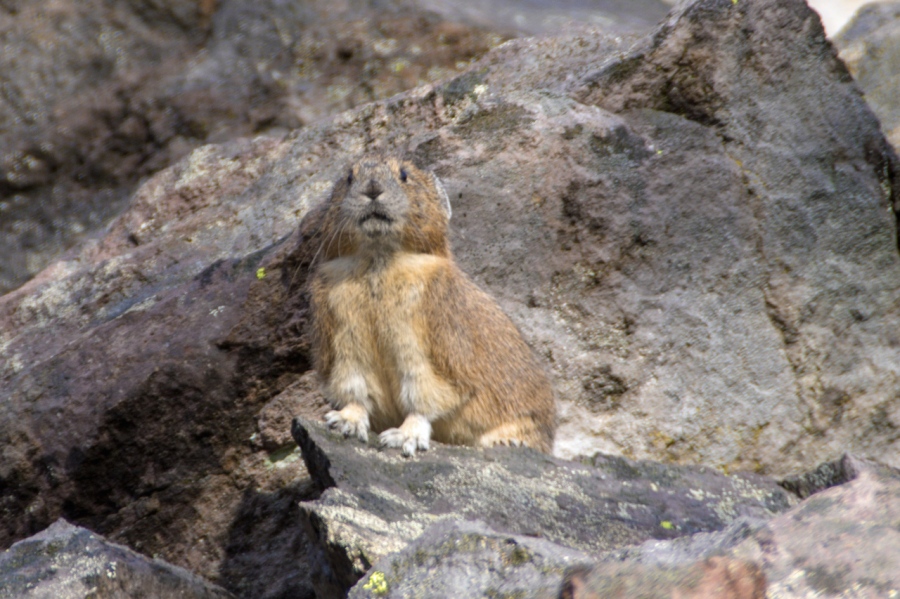 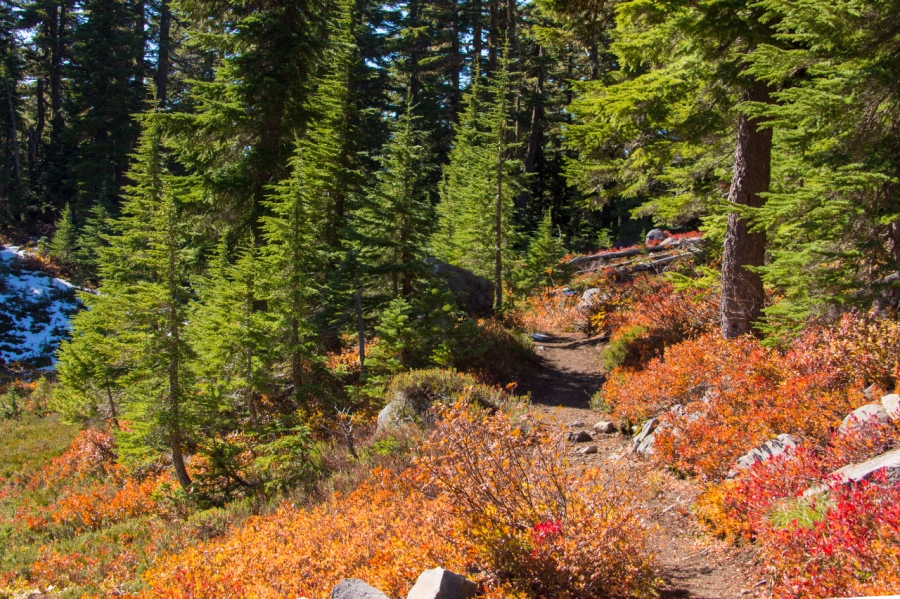 Huckleberry bushes in their autumn glory 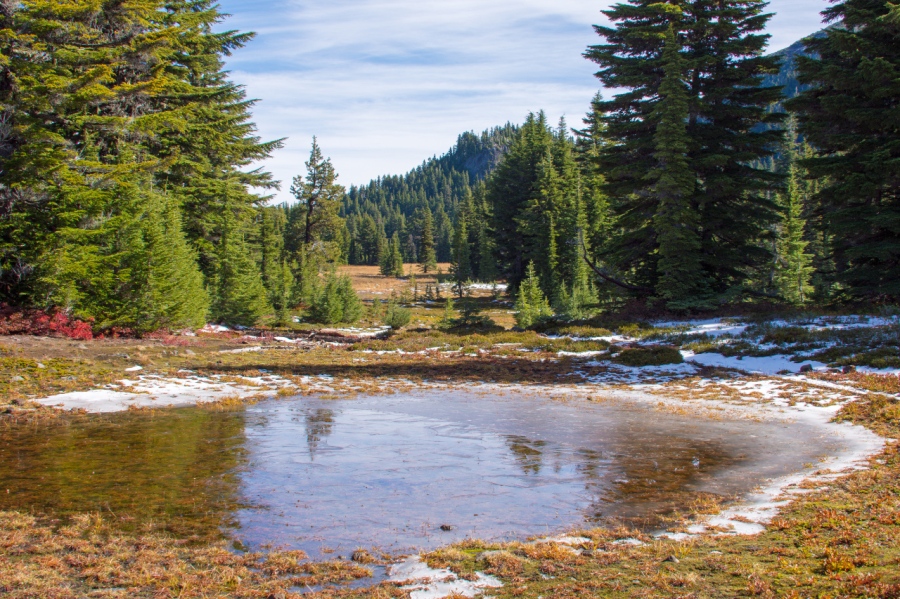 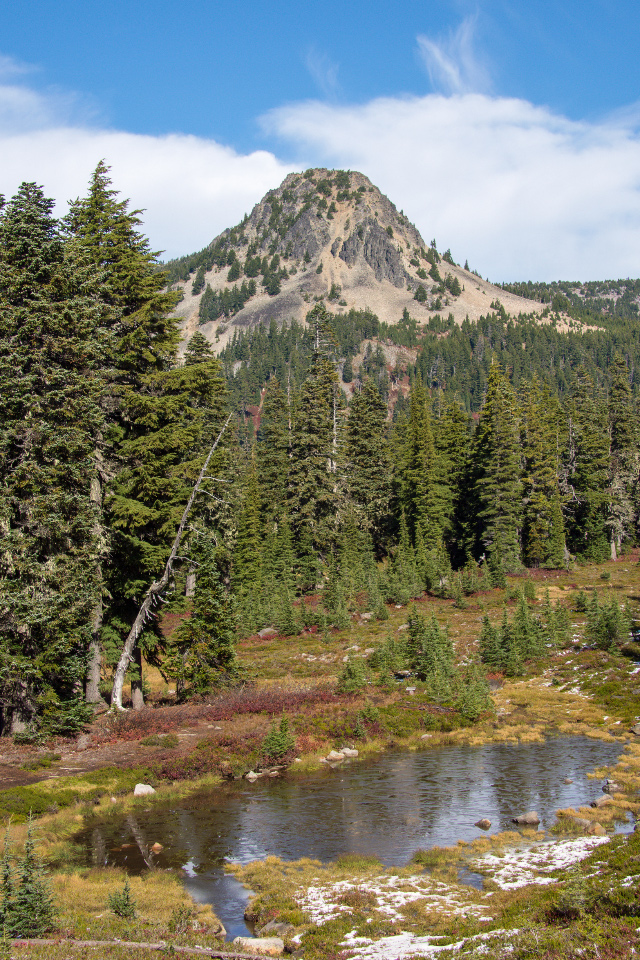 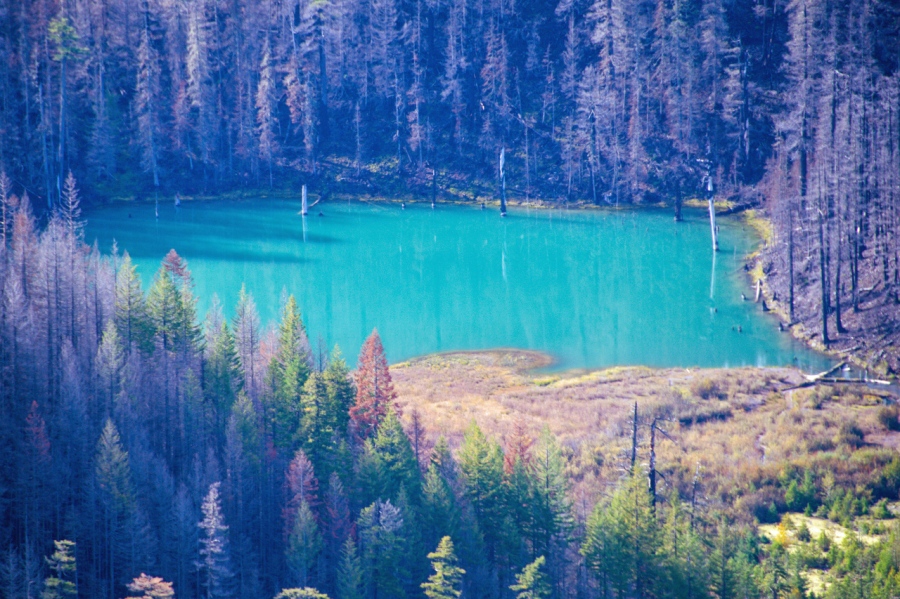 Long look down to Pamelia Lake 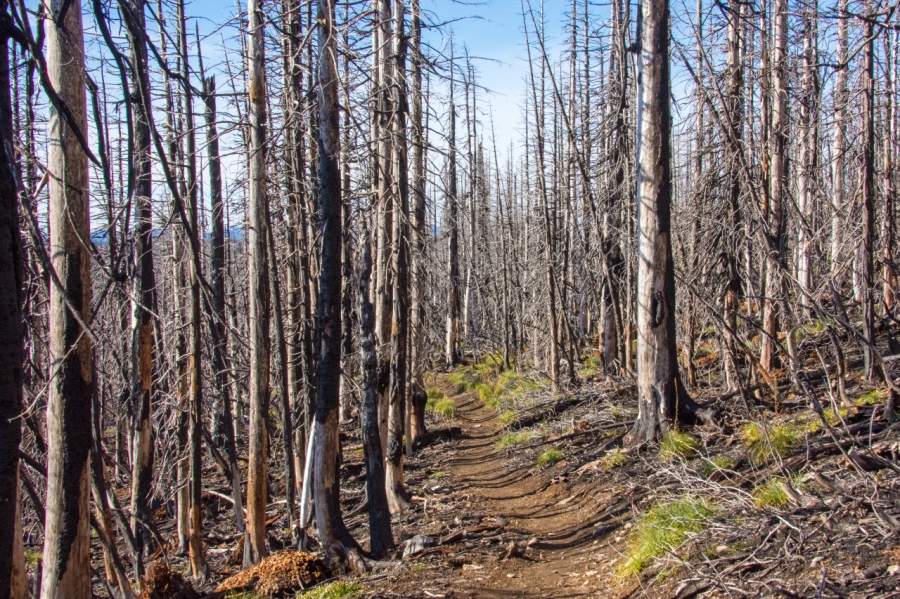 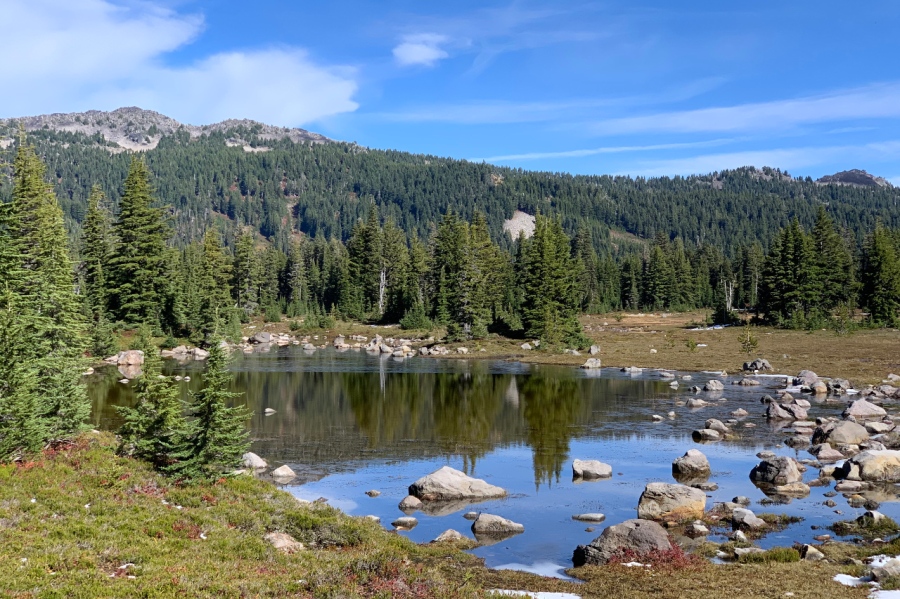 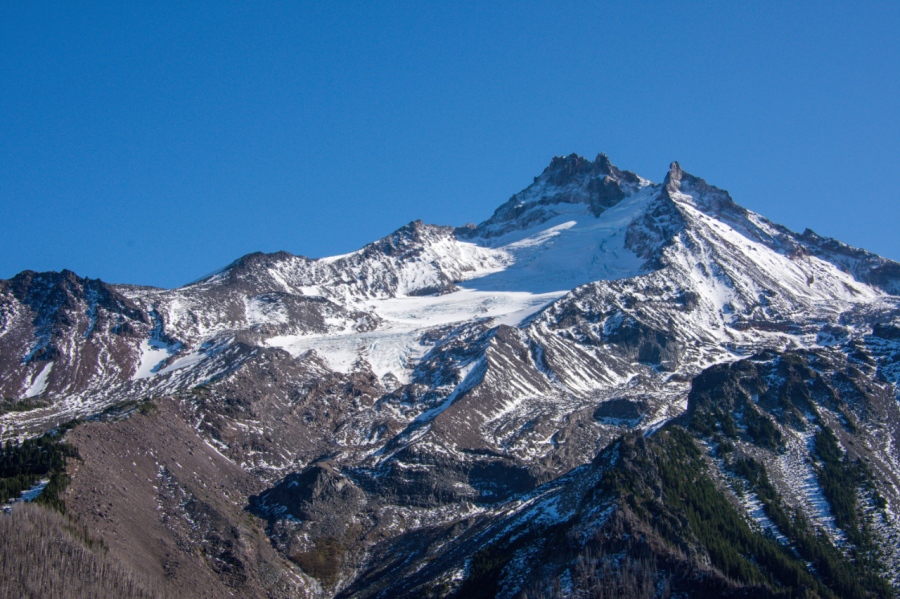 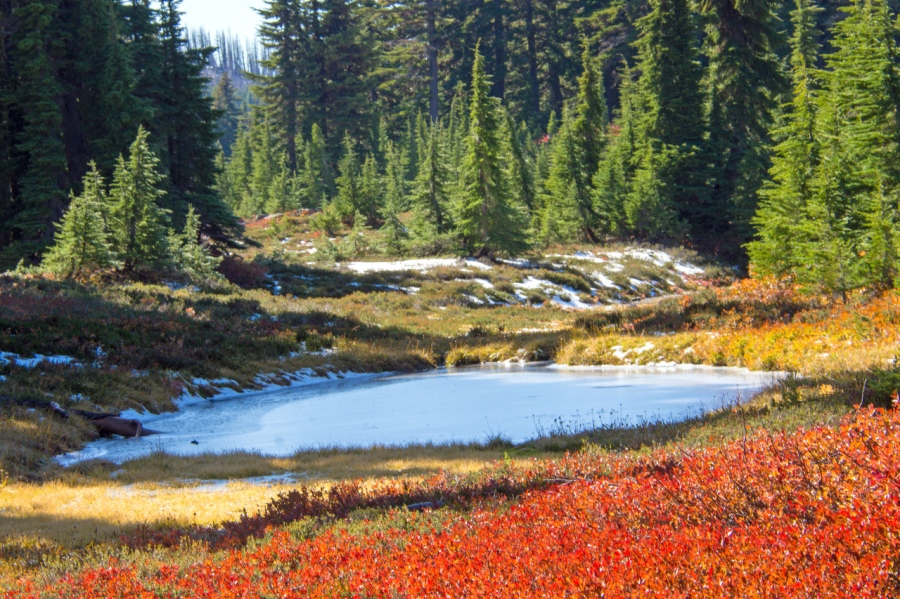 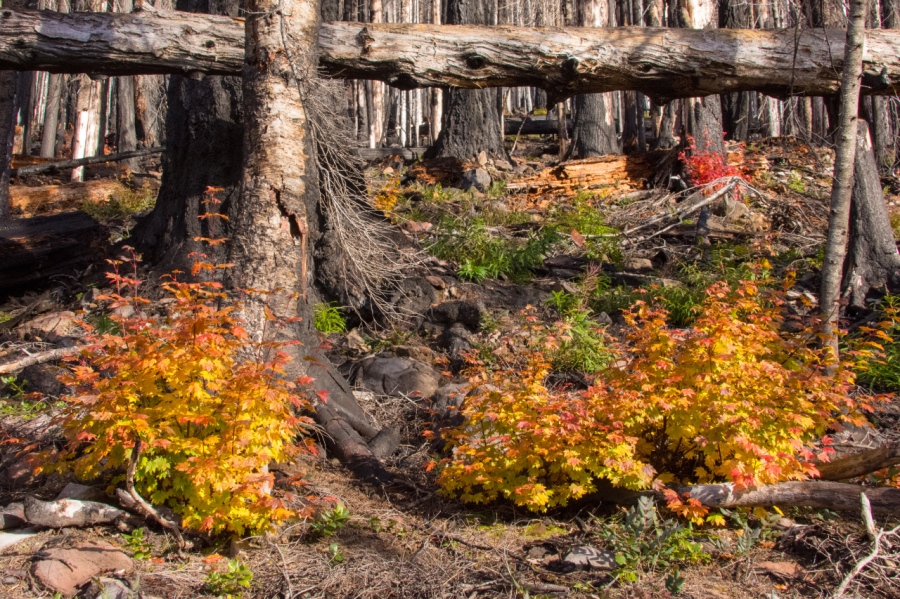