September was a tough month in the Portland area. We faced a continuing onslaught of Covid-19 and unrest/violence in our downtown core. In addition, we suffered through a period of dense wildfire smoke.

In late October I took a drive east of Salem and over Santiam Pass on Highway 22. The road followed the Santiam River, reaching Mill City and then on to the small town of Detroit next to Detroit Lake.

The Beachie Wildfire (the cause of much of the dense wildfire smoke earlier in Portland) had wreaked an incredible amount of havoc along the highway. Detroit suffered greatly, losing seventy percent of the buildings in town. 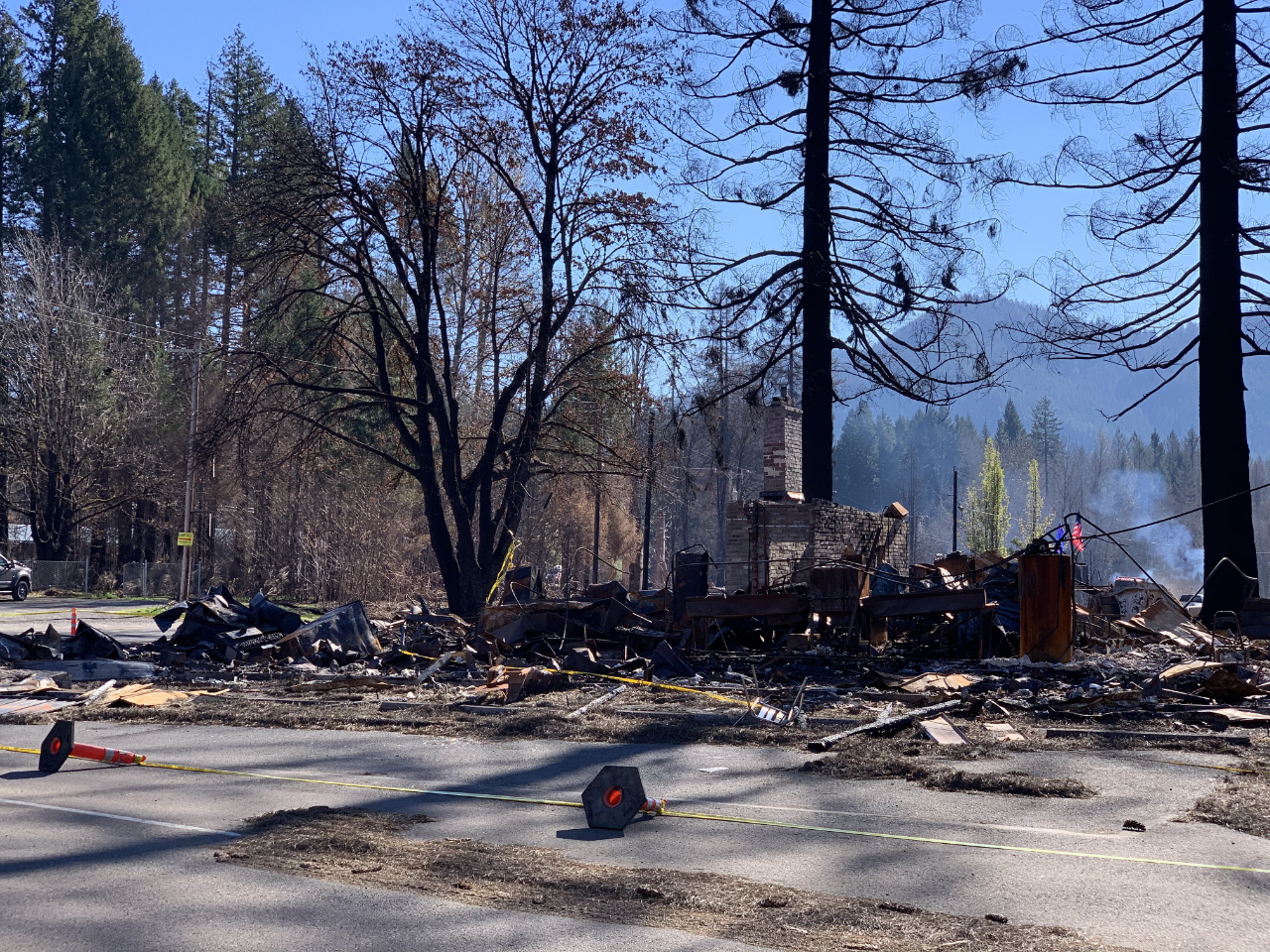 The amount of pure destruction was near unbelievable. So many people’s life impacted!

I left the wildfire effects near Marion Forks, finally beginning to enjoy the drive and scenery.

Upon reaching the top of Santiam Pass, I pulled over and drank in the beauty of the high Cascades. 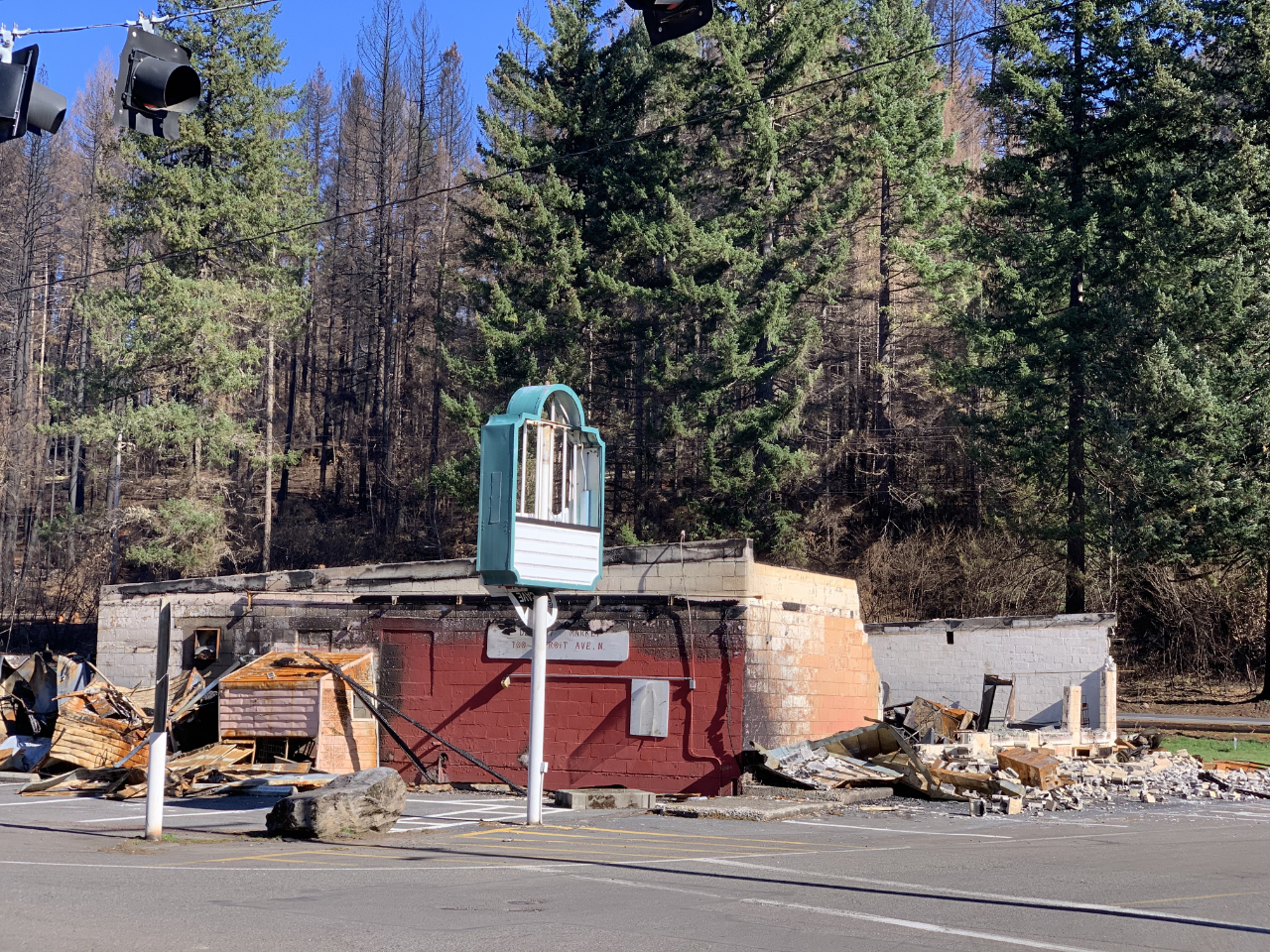 Remains of a store in Detroit 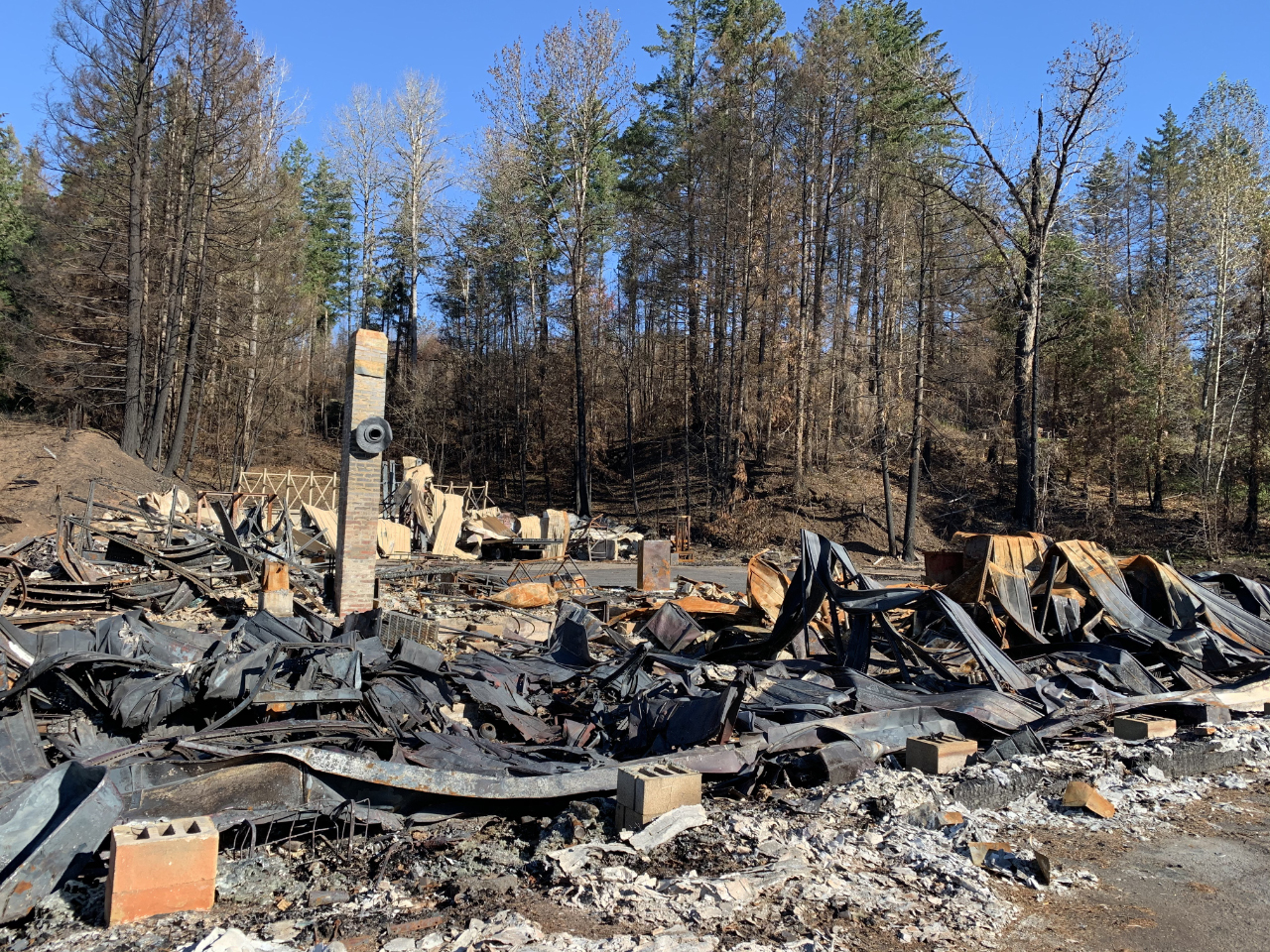 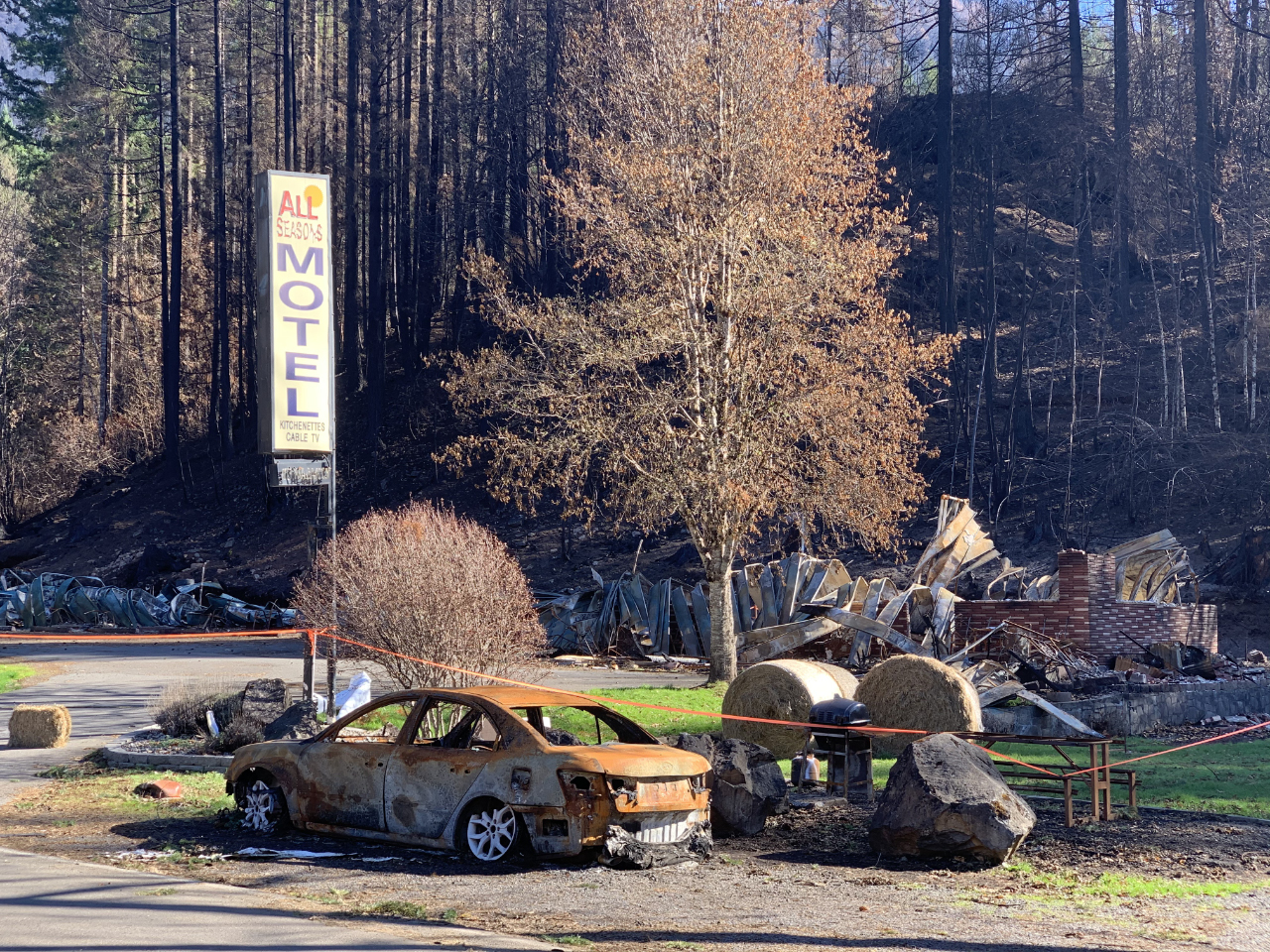 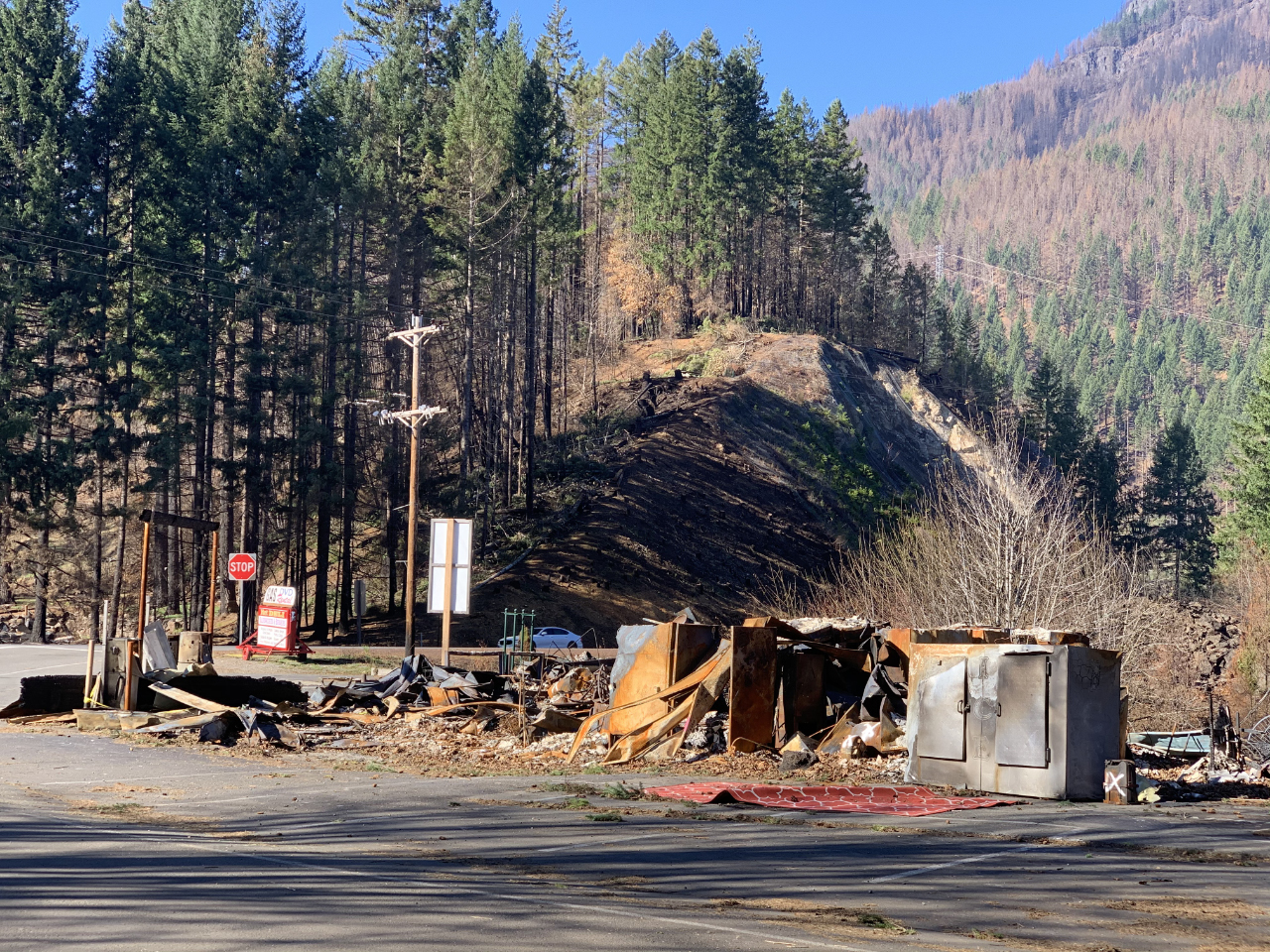 Remains of the only gas station in Detroit 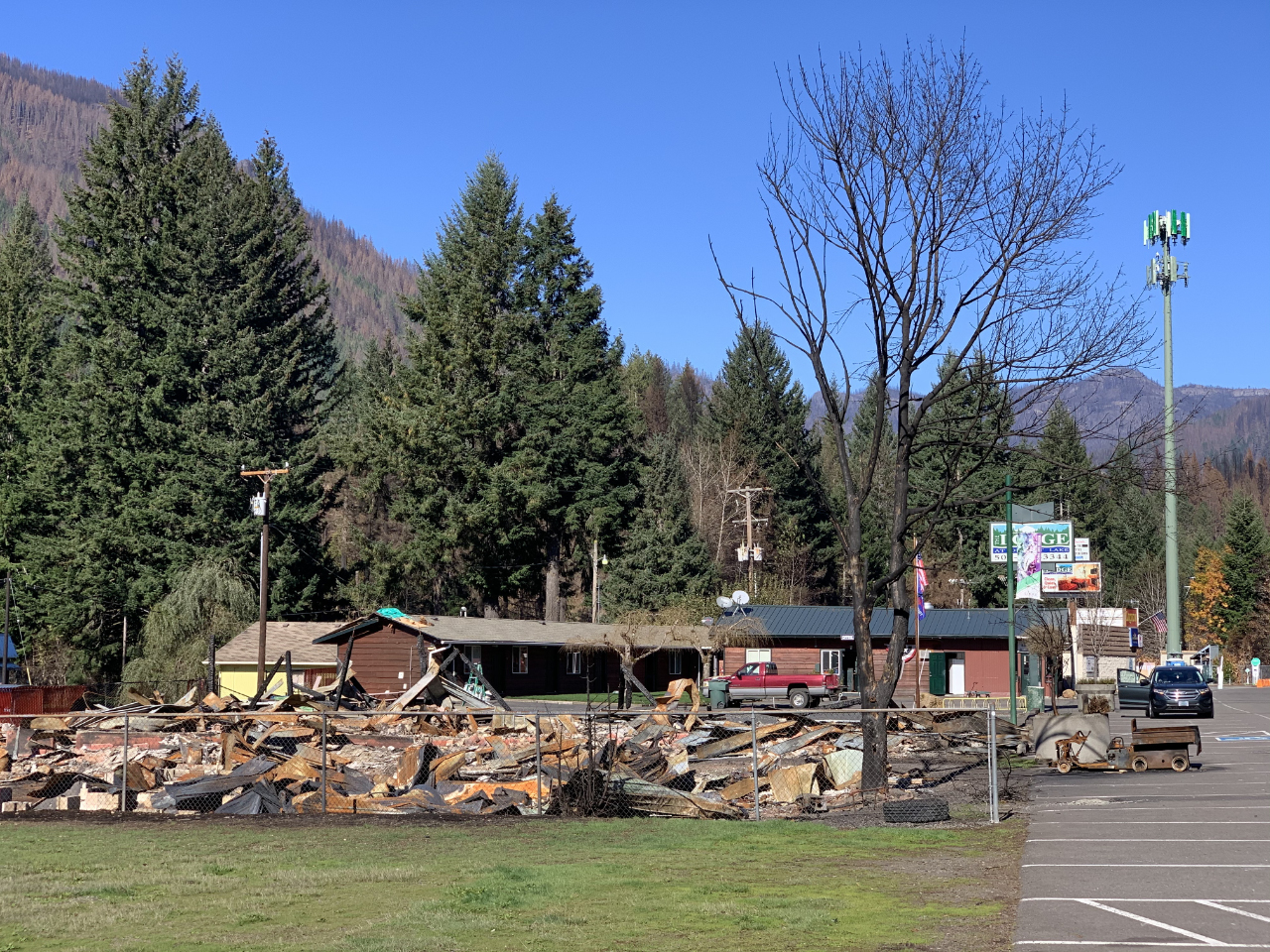 A few buildings in Detroit were saved 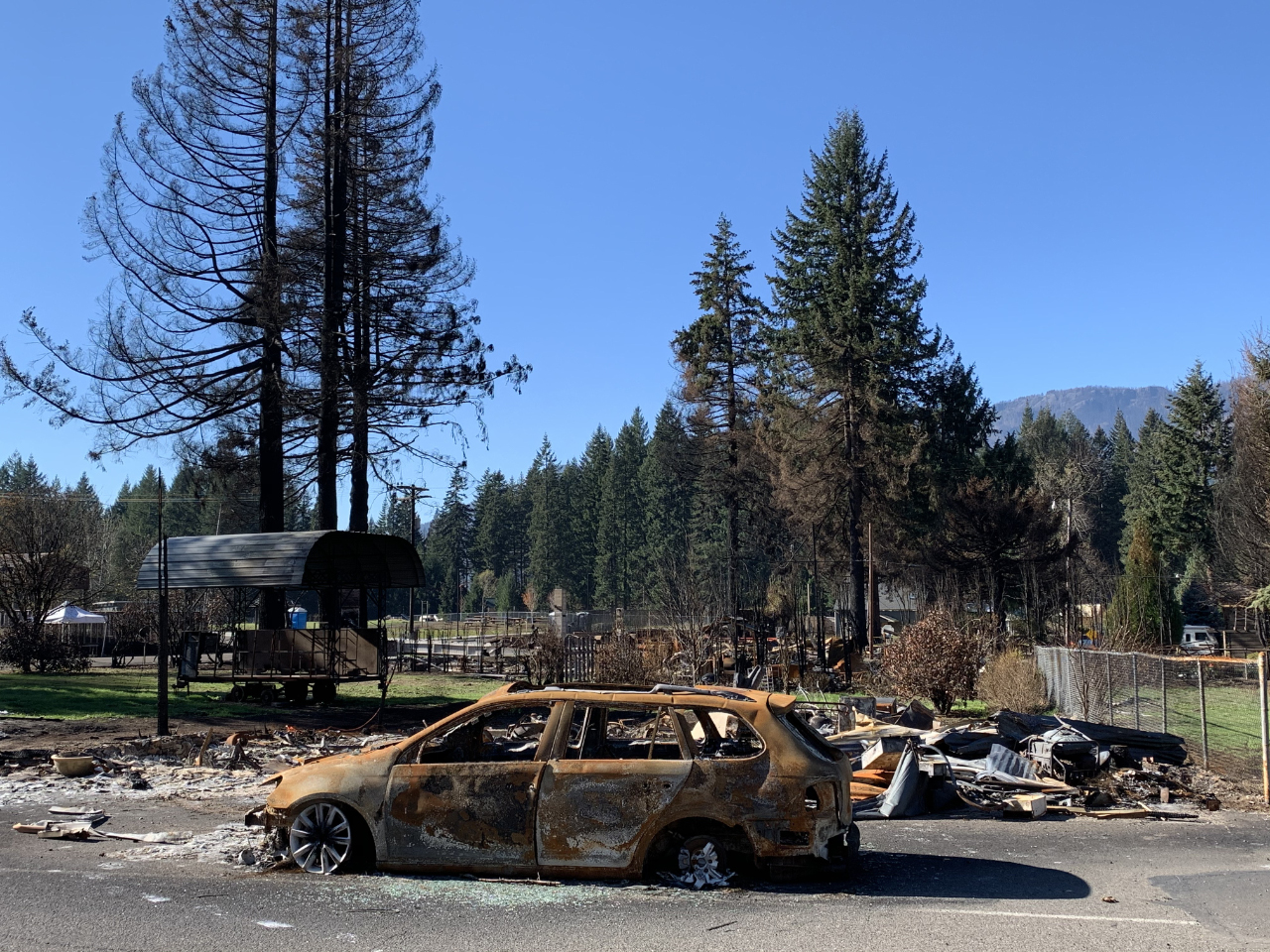 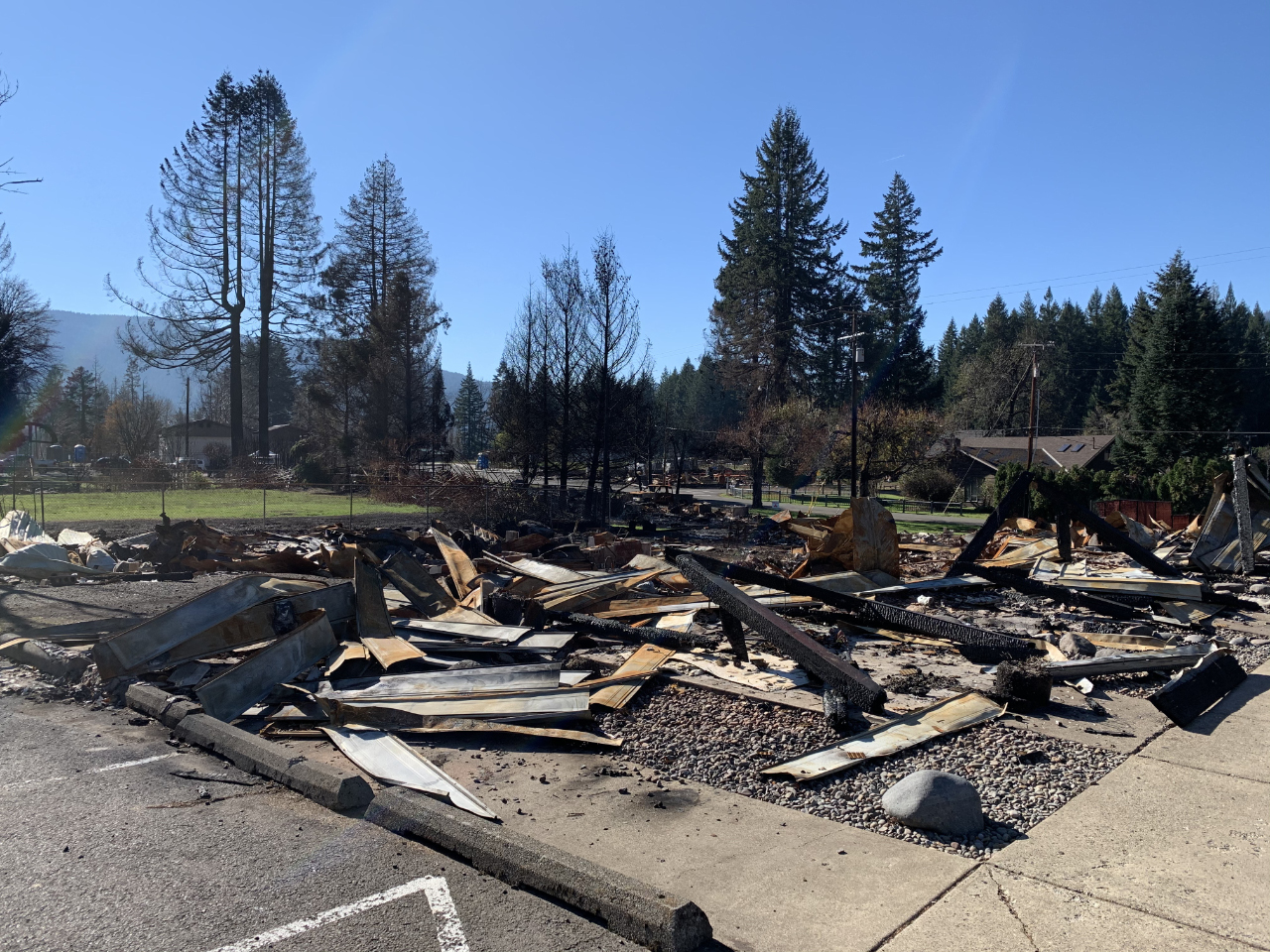 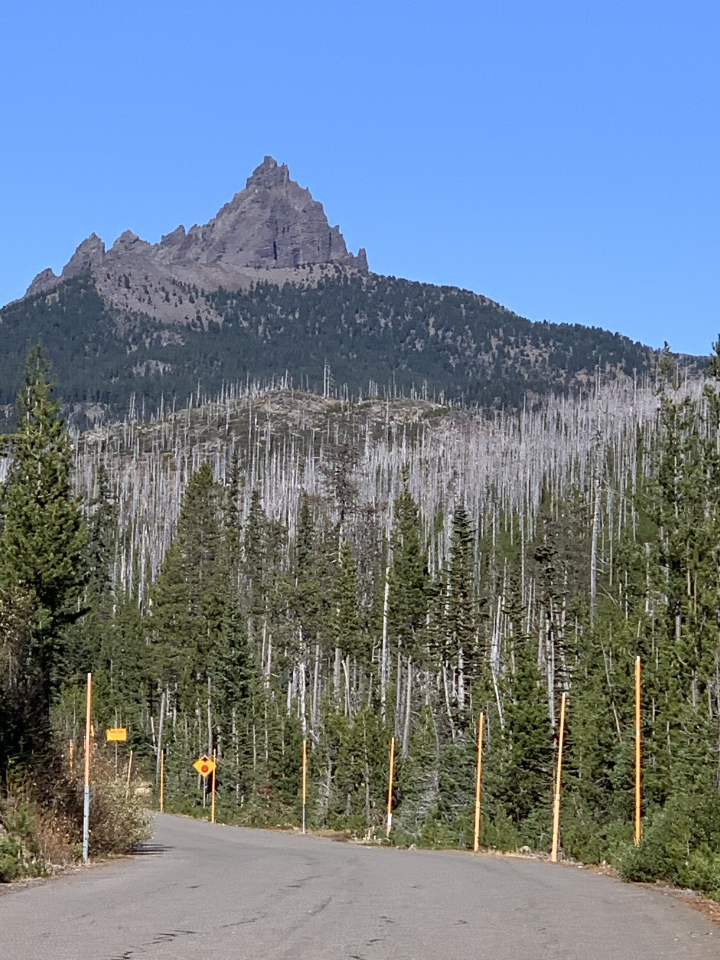