On a beautiful weekend day in August I hiked a loop trail on the west side of Mt. St. Helens. Due to large floods and rock slides a few years ago, the final one-half mile of the road to the 3,200-foot Blue Lake Trailhead had been blown out. Instead of heading north and hiking the 11-mile Sheep Canyon Loop, I turned east for two miles. Turning uphill, I hiked by Butte Camp Dome to the Loowit Trail (the round-the-mountain trail that stays mostly at the alpine level.) The meadows along the middle section of the 2 1/2 mile trail were lush with grasses and false hellebore. Several horse camps were in the area.

At the Loowit Trail I had full and unobstructed views of the volcano. Soon I began heading north along the flanks of the mountain. In four or five places the Loowit Trail has been washed out causing me to scramble down and up the walls of ravines. One washout required a steep detour downhill of one-half mile. After five miles of hiking with a descent of 1,500 feet, I reached the Toutle Trail. This provided a spectacular overlook of the South Fork Toutle River Gorge. Sitting at the edge of the blast zone, this is one of the most dramatic viewpoints in the Mt. St. Helens National Monument. The River is a fraction of its old size due to the loss of two major glaciers that were turned to steam by the eruption. But, in the midst of all the destruction is the emergence of new life, including green grasses, wildflowers and animals.

In a little over one mile of rough hiking, I was back at Sheep Canyon’s deep gorge caused by the 1980s eruption and roughly 1,000 feet lower than my earlier Loowit Trail crossing of the Canyon. From there it was a pleasant three-mile hike back to the trailhead. All in all the hike was 14 1/2 miles long with 3,200 feet of elevation gain. Truly a fun way to spend a day. 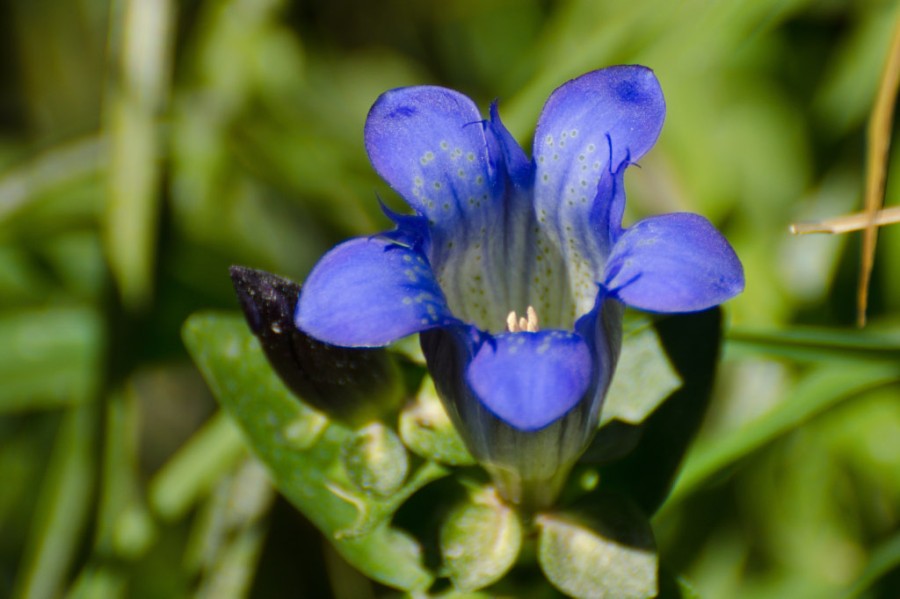 Gentian (one of the few truly blue flowers in the world) 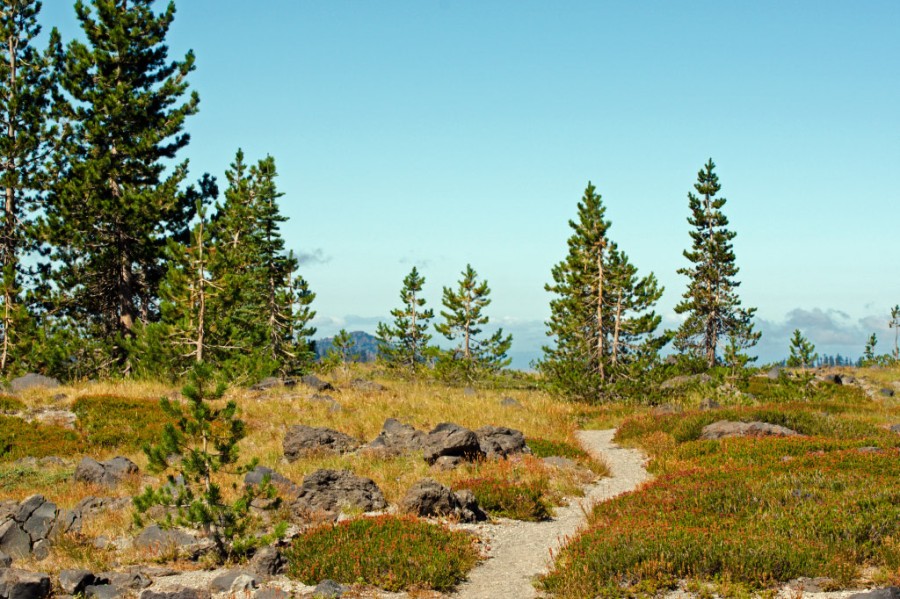 Lodgepole Pines and heather along the Loowit Trail

Regrowth in the Blast Zone 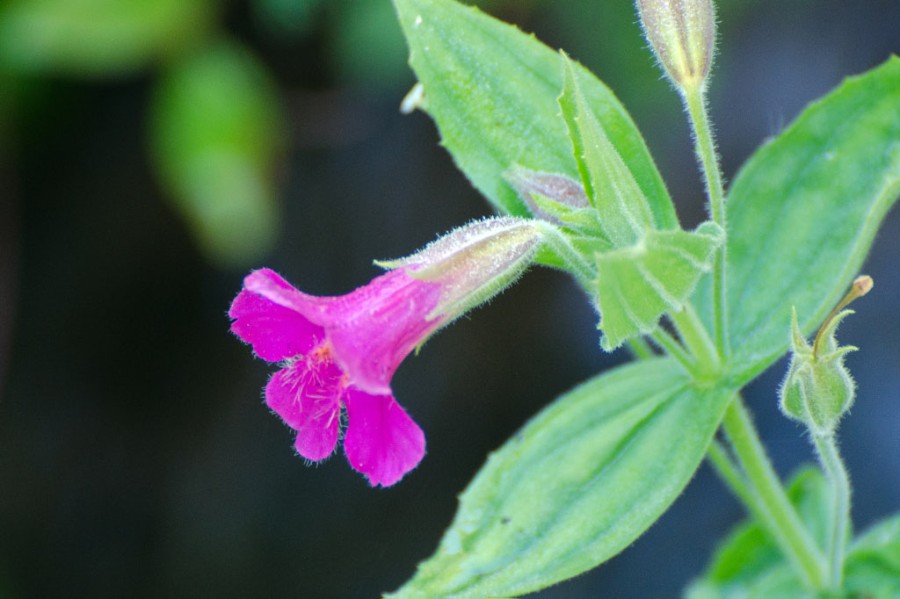